Below is our interview with Edward Sylvan, CEO of Sycamore Entertainment Group. 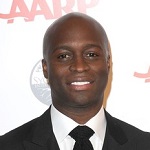 Q: You’ve recently announced a partnership with Freiberger Company to launch MediaCoin; you tell us something more?

A: Through our new partnership with Freiberger Company we have created MediaCoin LLC.

Blockchain is the backbone of numerous digital currencies and it has uses and applications that go beyond that. It can be used to verify multiple levels of transactions and opens the door to platforms that can track permanent, and traceable peer to peer transactions.

MediaCoin will also be used as a way for Sycamore to acquire distribution rights to upcoming filmed context for worldwide distribution. Those are just some of the ways MediaCoin will be used in the near future. We will be announcing new applications for MediaCoin as we near our official launch.

Q: Why are the music and film industries ideal for Blockchain applications?

A: Music and Filmed content make an ideal use case for blockchain technology because of the way both industries have operated since inception. For example.

Most contracts in both music and Film involve high levels of marketing expenses. All of which come off of the top before artist and producers get paid. Having transparency in this process will be of great benefit to the stakeholders of the contracts. These expenses often have no cap and can cause artists and producers to suffer losses if the marketing spend goes over budget.

Another area where blockchain is well suited for entertainment is in distribution of royalty payments. Again, transparency in this regard keeps the contract execution and financial remittance running smoothly.

Through the use of blockchain artist and producers can immediately receive their cut of all ticket sales in real time when a movie ticket or CD is purchased or a song is used commercially. No more waiting months to be paid.

Q: What kinds of services do you offer to your clients?

A: Our clients at Sycamore are mostly producers of movies who are seeking distribution. Every year more than 9000 movies are produced, of that, only 600 may find their way into a distribution agreement that involves a theater or wide digital distribution with any kind of meaningful awareness campaign followed up by non theatrical or online release such as airline, hotel cruise ship play. We help those films get into those markets.

A: Our future plans include incorporating Blockchain technology into all use cases that involve return of revenue to the creators of the material. We also plan on getting involved into pre production financing as a way to secure film rights earlier in the creative process and at a better cost which will increase our bottom line and profitability, which has a positive impact on shareholder value.