Below is our recent interview with Miguel Valdes Faura, Co-Founder And CEO at Bonitasoft: 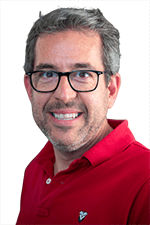 Q: Miguel, can you tell us about Bonitasoft, what you do, and where you have come from? What is your origin story?

A: Bonitasoft is the company behind the Bonita digital automation platform, a business process management workflow solution for process automation. Organizations use Bonita to automate, optimize, and re-invent their business processes, paving the way to digital transformation.

We actually started by creating the Bonita open source project first, long before the creation of the company. The Bonita open source project started in 2001 when I was working at the Inria labs (research center in France). The technology was battle tested by a community of users around the world, and by major organizations thanks to the support of the Bull engineering group (now part of Atos).

I created Bonitasoft in 2009 with my two other co-founders, with the aim to democratize the usage of BPM and workflow solutions worldwide.

We needed a business model to ensure the sustainable development of the company for employees, community users, customers and partners. Our team released the free Bonita Community platform, and we also created a commercial edition of the software, Bonita Enterprise.

Over the last 13 years, the Bonita Community edition – the open source edition of the software – has been both a source of pride (as it has been downloaded millions of times and it is used in production by thousands of organizations around the world) and also the starting point of Bonitasoft sales cycle. Many customers start evaluating Bonita technology by downloading the Bonita open source edition and trying it at their own pace, using the documentation, discussing with other members of the community, and developing a first project.

We have shown that open source, as a business model, is fair and sustainable. The entire Bonita company has made a commitment to the community and customers to work to make both the open source and the commercial editions better every day.

Q: What is the Bonita platform?

A: Bonita is a process automation platform that clearly separates visual programing vs coding capabilities. It combines the benefits of open source projects for developers (extensibility, open architecture, rich APIs, compatibility with other open source technologies) with the visual and integrated capabilities that non-technical users can use.

Our product strategy has been really straight forward: we offer Bonita Community, for free to anyone, and Bonita Enterprise, via a subscription license that offers a wide range of professional services and additional product capabilities for companies with demanding production requirements.

This open source dissemination strategy, technology and value-proposition, means that Bonita is first adopted by IT teams, but the solution also helps non-technical users to participate and be involved in process automation projects. This allows companies to multiply productivity when developing process automation projects and business applications.

We also offer a Bonita Cloud for enterprises that are looking for a process automation platform fully managed and operated by Bonitasoft experts.

Recommended: The Complete Guide How To Become Software Developer

Q: How is the Bonita platform differentiated from other vendors’ application and process automation platforms?

A: In a few words: open source, extensibility, low-code, and made for developers!

The Bonita digital process automation platform is fully open source, and specifically aimed to give multidisciplinary technical teams the widest possible set of tools to create process-based applications and automation projects. Extension points throughout the platform allow developers to connect to nearly any external IS, from legacy systems to any API-exposing apps and platforms. This means that Bonita applications can be fully integrated with any company’s unique enterprise IS stack.

We think that developers are not being given enough consideration by many vendors. The majority of low-code platforms in the market are focused on visual programming for citizen developers. This means that developers have limited freedom to code. Bonita offers low-code features to make developers’ work easier, while still offering them the ability to code. Our approach also allows citizen developers to really focus on visual programming by using out-of-the-box capabilities of the platform together with the custom extensions developed by developers.

Bonita’s extensibility also allows developers to externalize some parts of the development using tools they prefer, which gives developers freedom in how to implement Bonita-based applications. The platform includes more than 20+ extension points for developers, and the ability to externalize coding, test and validation of those extensions before they are used in the platform.

Q: How do you find the right balance between open source product development and commercial offerings?

A: Short answer: it needs to be really straightforward and it’s really difficult to make it right.

We’ve evolved, tuned and updated our approach over time. We started with many features at different levels. For example, some connectors to external systems were available in the free Bonita Community edition, others only in the commercial edition.

Offering several editions of your commercial offering also adds complication. So, over time we’ve simplified to something I can sum up as:

Q: Are there any industries where you’ve had particular success? Who are the customers?

A: Bonitasoft customers are medium and large organizations that usually operate in a highly competitive market (banking, insurance, telecommunications, pharma, finance) so they need to continuously improve their processes and want to deliver innovation. There are also Bonita processes running in retail, manufacturing, energy, public and private education and telecommunications services. Worldwide.

Recommended: What Is Time Series Data Management & Why Do Businesses Need It?

AI in process automation is usually about making process execution more efficient, by integrating predictive models or AI service calls (for example, a REST API call from a process gateway that will evaluate a customer risk based on some predictive models). This is great – but I think we can do better. We are particularly interested in how Bonita users can leverage existing process execution data to make predictions on new process executions (such as a bank that can improve future customer loan requests by leveraging data from historical loan requests and combined with real-time data).

These use cases can be addressed by applying more traditional process-mining algorithms to process execution (to make predictions on potential issues or inefficiencies) rather than to discover processes. We’ll be including the first technologies to begin Process Analytics with our Bonita 2022.2 release later this year.