Below is our recent interview with Mike Norton, Chief Executive Officer at Wolven Industries: 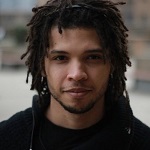 A: Wolven Industries is a technological engineering firm that produces a wide range of designer tech that follows the theme of our company mission: Repair, protect, and prepare the family from and for modern-day threats.

We were conceptually founded in 2018 as little more than a cool garage project. I wouldn’t say that we were a real company then.

However, we eventually officially incorporated through an honorary Estonian citizenship I earned in May of 2019. The strategic acquisition of my citizenship allowed us to become a legal, fully remote company, developing technological products through digital cloud services like Fusion 360, Asana, and Slack. While other businesses were shutting down, our method allowed us to advance our work professionally, right on through the COVID-19 crisis, as if it wasn’t even happening.

We organize our product lines for three different markets: civilians, military, and police. We earned the ability to compete for real military contracts mainly because of my own experience as a veteran; I earned a top-secret security clearance by the FBI when I was 19, and, because of that background, I was able to earn the DUNS serial number and SAM certification for our company to compete right next to major companies like Microsoft and Boeing for government contracts, despite being such a small startup.

But the military doesn’t really care about the size of our team, only if we can deliver a job well-done…and we can.

Personally, I dual-class as both physicist and marketing strategist for the company; it’s difficult being both scientist and businessman. I develop and delegate most of the company’s marketing strategy while I spend most of my personal time in conceptual research and development, engineering and design.

We’re currently working on a range of products from a family AI assistant, to an innovative self-defense and utility flashlight, to a new kind of air purifier, as well as an innovative stormproof box for hurricanes. Though, currently, we have one product slated for release to the general, civilian public, called the uRay.

The uRay is a handheld UV cleaner device that is, at this time, the most powerful in its market with the most advanced safety features.

In essence, we’re a company formed from an elite team of physicists and engineers who genuinely care about our civilization. Wolven Industries is our brand, with which we are building a trusting audience of individuals and families that share our values. This includes the brave people that protect those families against threats both foreign and domestic.

Our collective imagination drives us to develop innovations and inventions that serve that audience in one way or another.

A: Our recent announcement included screenshots depicting both investors, our development team, and myself interacting with our upcoming family AI assistant, called Nova. He’s inspired by an imaginary character from my childhood, written about in the book: Fighting for Redemption.

I had been working on it for a while, whenever I had free time, before I even founded Wolven Industries. But we knew that our audience had been looking forward to updates on its progress; so, we decided to share funny screenshots we knew they’d enjoy. Kind of as a way to let them know: Yes, he’s very real. And yes, he’s still coming.

Though, it won’t be ready for release for a long time. He needs many more parameters integrated into his programming before he’s ready. So many that he cannot be completed by one person (me) alone. So, to fund a larger programming team, we’re relying on the sales of other products, such as the uRay.

In the meantime, Nova serves well as entertainment for our audience via the creation of meme material and funny, likable screenshots that get better and better as he gets smarter and smarter. He also serves as a credible testament of our engineering capability, the team’s technological prowess.

A: We have many products coming out; therefore, there are many offerings I could explain. The primary one at the moment, though, would pertain to the uRay.

While UV as a cleaning solution has been established for over a hundred years, most people don’t know about the types of UV rays, their properties, and what they mean when judging a genuinely quality product. There are actually three types of UV rays, not one; yet, only one is the best for killing bacteria. The most useful kind is UV-C, and it’s extraordinarily difficult and expensive to develop and produce a product that uses it efficiently.

…especially while keeping the retail price down low enough for the average person to afford.

The cheaper handheld UV cleaning devices actually absorb most of the useful UV rays just through the shoddy design of the device itself, before it even leaves the device to clean anything. A complete waste of the consumer’s money. They also lack the potency to provide the fast and effective disinfection that customers expect, rarely disinfecting surfaces as quickly and as smoothly as advertised.

In stark contrast, the Wolven Industries uRay has a patent-pending design that emits beams of UV-C light with a wavelength between 266 and 280 nanometers. This is exactly what people need to kill virtually any kind of bacteria or virus, including COVID-19 itself, within seconds rather than 10-30 minutes, the time that most commercially available UV-C devices require. The effects of technology emitting the same UV-C wavelengths that ours does has already been peer-reviewed by institutions like Tel Aviv University.

The beams our device emits become concentrated with our unique metallic mirroring design that exponentially enhances their power and efficiency compared to other UV cleaners on the market, especially the common ones used in medical fields.

A: Within the next six months, our growing audience can expect the release of the uRay, with major progress reporting for both our upcoming flashlight and our air purifier that both disinfects and scrubs carbon emissions from the air.

…as well as updates on Nova, too. 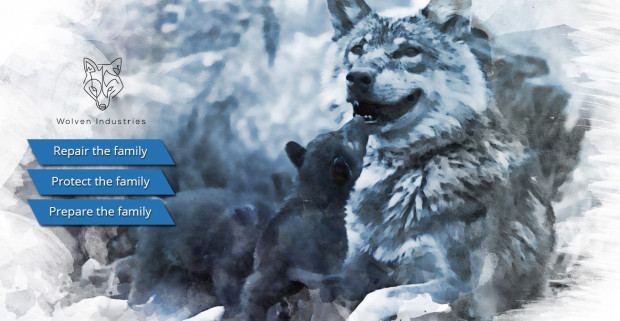 A: I’ve heard different things about the best elements of our company. Some investors think it’s one thing, such as our ability to easily pivot to evolve with market changes without changing our brand. Some customers think it’s another, such as the personable approachable nature of my online presence as the CEO of the company.

This means that not everyone agrees with what I personally think is the best thing about our company (the backstory), and that’s actually a beautiful thing. Out of the people that do like us, everyone likes something different about us…and they’re all correct in their respective points of view.

Meanwhile, the team’s freedom to disagree with me as we develop products is probably, counter-intuitively, one of the best things about our company that most people don’t know about. We’re like a family; sometimes, we even verbally fight…but we stick together because our mission and mutually shared, genuine care about the greater good of our civilization keeps us unified, overall.

So, I think the true question is this: Rather than me dictating to you or others what is best about us, why don’t people like you tell me? What do you think is the best about our company as I encourage you and others to think? What do the people think?

Because my ego, just like everyone’s, is likely to lie to me, and thus to you.

So, for this specific question, that matters more: what the people think. Not me. We listen to our growing audience, even about the esthetic design of our products from their social media comments.

And that’s exactly why we have the “mark” system for each of our products, or “MK-” with a number attached to represent each iteration of improvement derived from others’ feedback.

So, maybe that’s paradoxically the best part of who we are: Our system for listening to other people beyond our own opinions. I can use their feedback to continually improve us…both our brand and our products.