This Verizon Wear24 is the new Android wear 2.0 watch.

Verizon Wear24 is LTE connected and you can pick it up for $300 with the contract, or if you don’t want to worry about the contract, it is available for $350.

Looking at it the first time, it really reminds of the original Huawei watch, but slightly chunkier. It’s very similar in terms of design because it has that neutral premium look; it has an all metal chassis of round-faced style and it has a lot of similarities with the design language of the original Huawei watch. However, with the Wear24 it doesn’t offer swampful band because the LTE layers are actually incorporated into the band itself. So instead, you have three different color options: black, stainless steel gunmetal and rose gold. It’s wearable even with its thickness and all. It also has choice of balance between casual and formal attire, so you could wear it with pretty much anything. It also features an IP67 weighting, so if you forget to take it off in the shower you don’t have to worry because it’s going to be protected.

The one thing that’s missing here is a heart rate sensor. So if you’re big into the workouts or exercising that might be a deal-breaker for you. Under the sun, the display itself is pretty readable. The 1.39 inch 400 by 400 display looks nice and sharp, so you get good colors, and it’s impressive for outdoor clarity and outdoor visibility. Now, the only concern there is, it’s with the display that it’s almost flushed to the bezel unlike some other smart watches that have the display a little bit recessed just protected from scratching against surfaces. 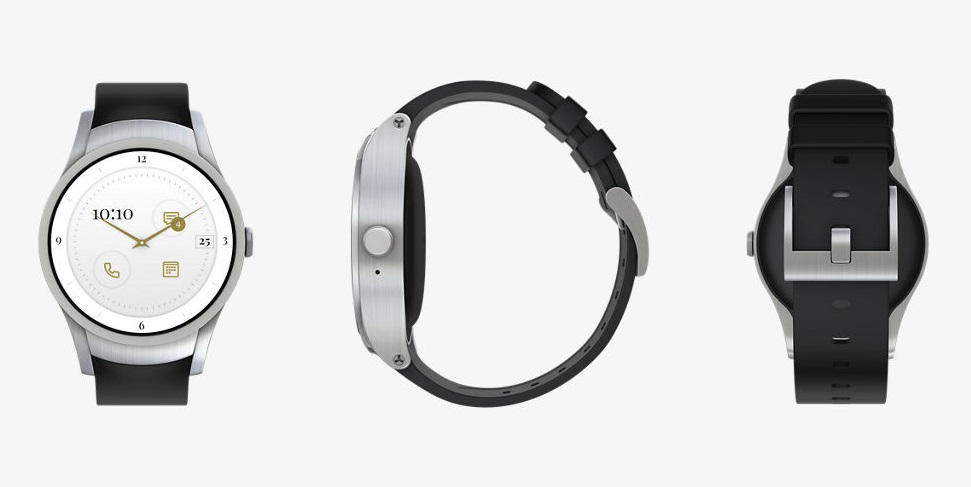 In terms of the experience it really doesn’t differ from any other Android Wear 2.0 watch out there, like Watch 2 or LG watch sport. It has a Qualcomm Snapdragon 2100 processor. It seems to do nice, very smooth, responsive and it does offer a GPS. The only difference with the software though is that it comes preloaded with certain watch bases that are GPS based, so for example you have one watch base you could set, so if you’re at home you’ll have some shortcuts on the watch face for things like social networking and text messaging. And conversely, if you’re at work you’ll have shortcuts for things like email.

Ultimately, though if the price is right for you, the design will be a deciding factor.