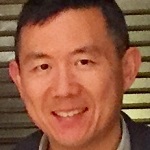 Q: Could you provide our readers with a brief introduction to Space Flight Laboratory?

A: The Space Flight Laboratory (SFL) at the University of Toronto Institute for Aerospace Studies (UTIAS) was established in 1998 to develop complete microspace missions from concept through to launch and operations. Through our nearly 20-year history, we have an accumulated experience of 18 operational satellites on orbit. We have expertise in every aspect of design, integration, test, launch and mission control. “Microspace” is a term that refers to the approach of developing satellites with small tightly integrated teams, on short schedules and up to 90% cheaper than traditional satellites of similar capabilities. UTIAS/SFL has a full-time staff of professionals and maintains design, assembly, and test facilities to develop low-cost miniature spacecraft. SFL offers space-tested platforms for small satellites, microsatellites and nanosatellites.

Q: You’ve recently announced Norwegian Satellites Launched Successfully and Healthy; could you tell us something more?

A: SFL built the Norwegian NORsat-1 and -2 microsatellites for maritime monitoring, communications and science applications. Both were built on SFL’s space-tested Next-generation Earth Monitoring and Observation (NEMO) platform (measuring approximately 20x30x40cm), and they carry Automatic Identification System (AIS) receivers to acquire messages from maritime vessels at sea. The launch was notable for the large Yagi antenna on NORsat-2 that will provide first-of-its kind VHF data exchange (VDE) from space, providing higher bandwidth two-way communications with ships. In collaboration with University of Toronto’s Electromagnetics Group, SFL performed the mechanical design, manufacturing and testing of the Yagi antenna, which was stowed to 1/20th of its volume for launch.

A: SFL is currently engaged in developing several satellite missions for clients. Among those recently announced are:

DMSat-1 – SFL has been contracted by the Dubai Space Centre to build a microsatellite for aerosol and greenhouse gas monitoring. DMSat-1 will be built on SFL’s NEMO platform and incorporate high-performance ground target tracking as a key enabler of mission success.

HawkEye 360 Pathfinder – SFL and Deep Space Industries are developing a constellation of three microsatellites built on the NEMO platform for HawkEye 360. This will serve as a precursor to a commercial constellation HawkEye 360 plans to launch for space-based radio frequency mapping and analytics.