Below is our recent interview with Srinath Kalluri, CEO of Oyla: 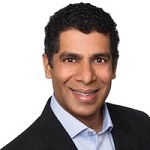 Q: Could you provide our readers with a brief introduction to Oyla?

A: Oyla was founded in 2018 with the mission to offer an enhanced video surveillance solution that integrates low-cost LIDAR and video analytics at the hardware level and in a way that inherently fuses the 3D and video data. What does that mean? Better visual data for better real-time spatial awareness to serve the physical security and detection markets. From the beginning, the Oyla team has focused on developing an AI-based solution that improves accuracy with an inexpensive proprietary 3D sensor, putting analytics and detection at the forefront.

Oyla was founded by CEO Srinath Kalluri, who has more than 20 years of experience leading large organizations in the public and private sectors. He was recently Senior Director and the Head of R&D at Intel’s Silicon Photonic Products Division, where he led the first two silicon photonic products from concept to commercial release.

The senior leadership team also includes CTO Ralph Spickermann. Previously, he was a Lockheed Martin Senior Fellow, an honor bestowed on a select group of Lockheed Martin engineers — less than 0.25% of technical staff — designated to work on the most demanding technical and business development challenges across the company’s various divisions. Spickermann has filed and secured more than 12 U.S. patents.

Q: You’ve recently announced the world’s first mass-market camera and analytics solution that fuses high-performance video and depth into a single camera; can you tell us something more?

A: Based in San Carlos, Calif., Oyla is a computer vision-based AI company dedicated to bringing affordable 3D and AI solutions to organizations worldwide. It fuses powerful visualization technologies into a single form factor at an affordable price, giving business leaders the insight they need to enable their world. Oyla provides a highly reliable and affordable video security option for organizations that need accurate detection that reduces false alarms.

Manufacturers in the security and business intelligence markets have long envisioned adding the combination of LIDAR, or 3D imaging, to mass-market video surveillance cameras. To date, the concept was too expensive and complex to deliver value to a wide range of organizations. Today, various LIDAR manufacturers claim their technology can be used for surveillance and perimeter detection, but they only provide an expensive LIDAR component, not a fieldable and proven video solution. Oyla’s technology is the exact opposite: an affordable camera platform that integrates LIDAR and video at the hardware level, fusing 3D and video data to achieve the highest reliability levels in a unified model.

We currently serve the North American market through a network of systems integrators, VARs, and OEM partners. We plan to expand globally with our video solutions’ mass-market release in the second half of 2021.

Q: Can you give us more insights into your technology?

Dynamic and intelligent LIDAR (Light, Detection, and Ranging) technology generates 3D visibility of any physical space. What differentiates Oyla from other manufacturers is a 3D sensing component that is more affordable and integrated in a way that inherently fuses the 3D and high-resolution video data.

The result? An end-to-end 3D-aware surveillance system that integrates LIDAR with video to significantly improve the accuracy of video analytics. We call that better data for better AI.

Q: Can you give us a few examples of current and future use cases?

A: Right now, we are in the first phase of rolling out beta solutions to customers and partners. The markets we are focusing on include Smart and Safe Cities, manufacturing and logistics, government, and perimeter security.

In the perimeter protection segment, physical and electronic perimeter security technologies are designed to protect people and assets within a facility and its grounds by detecting unauthorized intrusions across a delineated perimeter. Whether an actual fence or a virtual fence is deployed, detection and deterrence go hand-in-hand, and so do the detection technologies fused to achieve accurate detection by Oyla.

Oyla is the first video camera to combine two powerful visualization technologies in a single form factor to capture and deliver the rich data that propels more accurate awareness and better application of deterrence measures. We can help leaders minimize or eliminate false alarms by establishing more particular regions of interest in 3D space and better identify the object in question and its precise location concerning other objects in the field of view. Better yet, due to our sensor’s ability to detect objects in any ambient conditions, we can perform these functions 24/7.

Q: What can we expect from Oyla in the next 6 months? What are your plans?

A: 2021 is going to be a significant year for Oyla. We’re launching a new look-and-feel of our brand, building our leadership position in the market, engaging in conversations with influencers, and releasing our first solution to the market in the second half of the year.

We’ve received tremendous feedback from our partners and customers to date and look forward to building upon our core engineering capabilities. While it is still early, this is a market forecast to be worth $91B by 2026, and we think Oyla has something unique to offer that can lead to enduring success.