Below is our recent interview with Jon Cornwell, CEO at Newsflare: 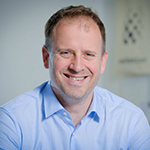 A: The burgeoning growth of digital technology and proliferation of smartphones has given rise to the creation of a new content industry, largely made significant through the work of Newsflare. Chances are, especially if you are on social media, you have seen the Newsflare brand show up, for example, on numerous Facebook videos posted by any number of media and news organizations.

Committed to values of transparency and trust, Newsflare entered the UGV market with Associated Press as its first major media partner. Since then, the company has furthered its impressive credentials by finalizing licensing deals with prestigious media companies across every region of the world, including an expansive global content agreement with Reuters.

Q: Why are major media outlets increasingly relying on videos shot by the public?

A: Newsflare has helped establish user-generated content as a worldwide industry. In the years since the company’s formation, Newsflare has built a technology infrastructure for instantly connecting video uploaders with media licensees, delivering content that would otherwise be too breaking or too remote to be covered by traditional news organizations. As a result, Newsflare is helping change the way news is gathered by professional media organizations, and the way reality and documentary programming is produced.

What may have taken several production crews to capture in the past is now feasible to be captured by one of thousands of Newsflare uploaders stationed throughout the world. As an example, footage of local fires, earthquakes, heavy rains or political protests is now sourced from Newsflare videographers who receive 50% of all revenues secured from licensing of their videos to media.

Today, Newsflare has earned a worldwide industry reputation as a trusted resource to meet the ever-growing appetite for eyewitness video that captures real-time moments in entertainment, sports, lifestyle and breaking news. Media outlets of all sizes have come to rely on Newsflare for the sheer volume of the company’s ever-expanding video library, as well as the speed in delivering content made possible by its interactive technology platform.

Q: What are the primary reasons for Newsflare’s rapid growth?

A: There are four key factors are behind the growth of the UGV industry and Newsflare’s continuing leadership:

-The authentic, emotional impact of user-generated video. Media and public alike are embracing eyewitness for their real-life stories not typical in videos ‘shot-to-order’ by professional crews.

-Clear title. Since its formation in 2011, Newsflare has established a strong reputation for maintaining strict chain of copyright for all of the video on the platform.

Newsflare’s market is global, but the US is projected to be the biggest revenue source for the company in 2019. Newsflare launched its US office in 2018 to oversee the licensing of the company’s vast UGV library to media partners throughout the US and Canada, continue to expand the supply of eyewitness videos from the US and Canada and spearhead original programming co-ventures with US-based production companies.

Q: Take us through Newsflare from an operational standpoint.

A: Newsflare has a team of over 40 management and staff between their London and L.A. offices, with employees representing a confluence of four disciplines including journalism – to oversee rights clearance and curation; technology, the heart of the company which is at its core a highly automated transactional platform; content licensing, those responsible for closing bulk content deals that go beyond the ad hoc transactions handled entirely by the platform; and community management, a dedicated group overseeing all relations with the more than 60,000 uploaders located in more than 100 countries worldwide.

The company classifies registered ‘uploaders’ into three types; “Chancers” are amateurs who happen to capture events as they unfold by being in the right place at the right time; “Chasers” proactively pursue pre-identified events; and “Creators” develop and produce videos based on their own original concepts. Newsflare has attracted a large number of semi-professionals and professionals who tend to fall under the second and third categories, providing video content that is planned in advance or shot and edited based on an original creative idea.

For uploaders, the process is easy, as they simply register on the Newsflare website and upload their videos. From there, Newsflare’s sales force proactively seeks to license approved videos to the company’s vast media partners. At the same time, media outlets throughout the world visit the Newsflare site to directly and rapidly license videos of their choice.