Below is our recent intervew with Sebastian Krause from Megacoin:

Q: Could you provide our readers with a brief introduction to Megacoin?

A: Megacoin is not minted or endorsed by any nation, but by users across the globe. Anywhere there is internet, you can send or receive Megacoins. Even in outer space. There are very little rules for Megacoin. To prevent inflation only a limited supply of 42 million Megacoins will ever exist. Megacoins are mined by users at a set rate for decades into the future. You can get Megacoins for free by mining or trading for them on an exchange.

No need for Wiring or Carrying Cash across borders. You can send Megacoin to your relatives or business partners to the other side of the world. No hoops to jump through, no questioning. Just hit send.

Recommended: Soma Creates A Trading Platform That Will Unite Social Interactions And Trading In A Single Platform

Q: Tell us more about the technology behind Megacoin?

A: Megacoin is a proof-of-work, bitcoin-based cryptocurrency that was developed as an alternative to the Bitcoin network. Megacoin has five major differences in using all the Bitcoin Improvement Proposals (BIP) developed by Bitcoin. It has Segregated Witness enabled, Bloom Filters and the Lightning Network is compatible with Megacoin.

1.) While Bitcoin is limited to 21 million coins, Megacoin is limited to 42 million, twice the amount of potential coins that can be circulated.
2.) The Bitcoin protocol creates new blocks in 10-minute intervals, whereas Megacoin is four times faster and produces new blocks every 2.5 minutes.
3.) The blocks produced by Bitcoin have a maximum of 1 MB per block to process transactions, Megacoin with its block size of 10 MB can not only produce 10 times larger blocks, it can process up to 40 times as many transactions as in Bitcoin network.
4.) For purposes of proof-of-work the Bitcoin network uses highly parallelized SHA256 hash function. Megacoin in turn uses Scrypt instead of SHA256 performance of which is dependent on access to large reserves of memory so that running several Scryptprocesses on current generation GPUs is highly resource-intensive.
5.) In order to generate blocks in the desired time, bitcoin adjusts the proof-of-work difficulty every 2016 blocks, while Megacoin adjusts the difficulty to every 64 blocks between 1% and 15%. This blocktime system is called “Core Shield”.

Q: What makes Megacoin the best payment system in the universe?

A: Unlike Banks which can require a Credit Check or Social Security Number, Megacoin doesn’t ask for anything except a smile. A Megacoin account is completely free & with low transaction fees. Transactions are completed within seconds, worldwide!

Megacoin has a class of decentralized workers called miners to keep the Paymentsystem secure. Specialized Cloud Computers run encryption software to distribute Megacoin and verify all transactions on the payment network. Megacoin is absolutely secure against forgery. Everyone can become a miner, it´s very easy to buy or rent hardware and join a miningpool.

Megacoin is open source software and released under the terms of the MIT Licence. The global network uses peer-to-peer technology and consists of dozens strategic nodes all over the world. Megacoin is global, it faces no boundaries and connects people even from the most faraway places on earth. 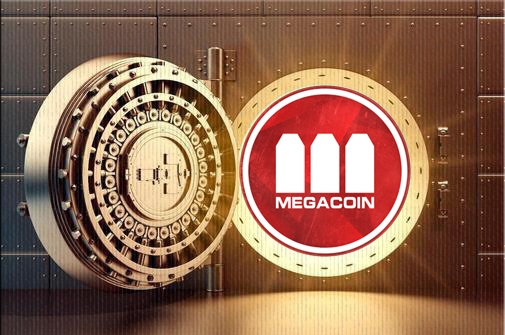 Recommended: CargoX Is Reshaping International Logistics With A Blockchain-Based Platform

Q: What do you think about the future of cryptocurrencies?

A: We are living at a very exciting time; cashless payments with bankcards are normal today. Mobile payment options are on the rise, crypto currencies such as Bitcoin and Megacoin are a great solution for mobile payments, as well as an option to replace tranditonal bank accounts. Low transaction fees and a free deposit system for coins, as well as a cash investment system, will give crypto currencies a high level of acceptance in the future.

Q: What is on the roadmap for Megacoin moving forward?

A: We provide megacoin regularly with the latest Bitcoin core updates. A month ago we updated our network to Bitcoin version 0.15 & hardforked it with a new difficulty retargetsystem and increased the block size to 10 MB. For 2018 a new android and ios app is in work, as well as another lightweight client based on Bitcoin Electrum. A Generalbytes ATM software is in process and in addition, Megacoin gets a listing on blockbid.io, a new trading platform starting in August.