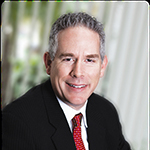 Q: What is the story of Entropic?

Patrick Henry: As Entropic CEO, it was a long and winding road with many twists and turns. I was at Entropic for over 11 years and took the company from pre-product and pre-revenue to a successful IPO on NASDAQ, but that is not the whole story by any stretch of the imagination. Entropic was an innovator and pioneer in the area of connected home entertainment. We had some of the brightest minds on the planet, very creative and innovative engineers, and a vision that we were going to change the way that video entertainment was going to be delivered to consumers. We took the company public in December 2007, as the sub-prime meltdown was happening, and we almost didn’t get our IPO competed. We were the last tech IPO for over two years. We navigated through the great recession and emerged as one of the strongest young tech companies as noted by Forbes and Fortune. We did over half a dozen acquisitions and worked hard to drive industry standards in our market. At the end of the day, in a consolidating semiconductor market, we were acquired by another chip company. As the Grateful Dead song says, ‘What a long strange trip it’s been’.

Q: Can you tell us a bit more about the team-building and the different types of advisors you want to have in your companies?

Patrick Henry: Building companies, especially startups, is a team sport. Getting the right people on the team and rounding that expertise out with the right set of advisors and strategic partners is critical for success. At Entropic, we had a list of who’s who in the digital entertainment space as board observers, investors and strategic partners including Comcast, Intel, Verizon, Time-Warner, Cox Communications, EchoStar Communications, Cisco, Motorola, and Panasonic. We also relied on some key industry insiders that we used as strategic advisors to the company. Without these partnerships and relationships, we could have never been successful as a company.

Q: What advice do you have for early entrepreneurs who hope to scale up quickly and successfully?

Patrick Henry: Don’t try to scale quickly. Don’t make that your goal. Focus on solving a big problem for your target customers and make your solution easy for the customers to use and easy for your sales people to sell. Understand your value proposition from the customer’s perspective. Learn to speak their language. Listen a lot to what they are saying, and then put it into the proper context of what they need in the future. Looks downstream at what your customers’ customers need. How do they make money? Can you help them save money or make more money? Focus on doing something that changes the world in a positive way. Then focus on winning a beachhead in the market with a ‘teaching customer’ that is willing to work with you to refine your solution. Build relationships. Focus on how much service you can deliver today to make the lives of your customers easier.

Q: What makes an idea good? Is a good idea critical for a successful business?

Patrick Henry: There is an old saying in the venture capital world attributed to a Kleiner Perkins partner: “I’d rather have an A Team with a B Idea, than a B Team with an A Idea. They thought being, an A Team will figure it out, and a B Team will not. In addition to this tidbit, Bill Gross, the founder of Ideal Labs, conducted a study around what is the most important thing for startup success, and in his research, he identified that timing is the most important thing, not the team or the idea. All that said, you need to have an idea that solves a real market need and it has to be an important enough problem for a big enough market that you can build a business and a company around it. You need to hit a window of when the market will be receptive to that idea, and you must have a team that can execute and solve problems on the fly to meet customer needs. I was once asked, what is more important in business, strategy or tactics? The answer is both. It’s like asking is it more important to eat or breathe to stay alive. You can’t live very long without doing both. To build a successful company you need to have a winning idea, an ability to explain “what’s in it for them” to the target customers, a team that can execute, and an ability to adapt to an ever-changing market landscape. 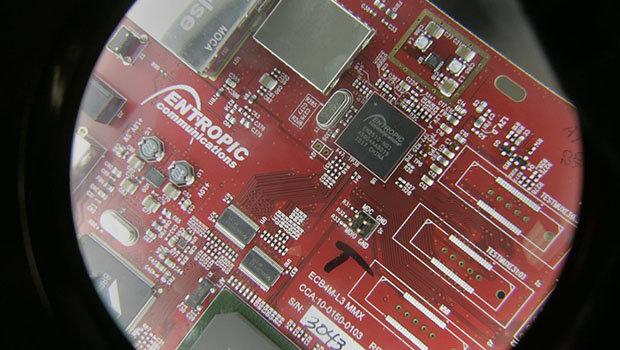 Q: As a successful entrepreneur, what are the biggest lessons that you learned so far?

Patrick Henry: Wow, that is a tough question. I wrote a book between my tenure at Entropic and my current company called PLAN COMMIT WIN: 90 Days to Creating a Fundable Startup. A big part of the learning for the book was based on my 11 years as the Entropic CEO. I think the biggest takeaways for me from running so many businesses, product lines and companies is that you need to have a plan, but you then need the ability to adapt your plan to the changing landscape. This requires commitment, focus and tenacity. I think way too many entrepreneurs lack the commitment and the willingness to do whatever it takes to win and to service customers. To deal with the stress and the sleepless nights and the issues and the problems, you need to have a strong belief in what you are doing, even when others don’t believe. On the flip-side, you can’t be Pollyanna-ish and think that you are on the right track when you are clearly on a losing path. Don’t underestimate the importance of ‘grinding’ things out when times are tough, and maintaining a positive outlook, even during the dark times.

Q: What are the biggest mistakes entrepreneurs make when trying to launch a startup?

Patrick Henry: Many so-called entrepreneurs are starting a business because they don’t want to work for someone else. Guess what, you are always working for someone else. Even as the CEO or as a business owner, you are working for your team, your partners and your customers. If you cannot work with other people, and help them to win, then you will never win yourself. I’d say the second issue is an unwillingness to make the enormous sacrifices required to build something great. It is really hard. Third, I’d say that entrepreneurs try to do too much too soon. Focus is a critical part of building a company. You cannot build a skyscraper without building a foundation. Finally, I think there is an unwillingness to truly listen to customers and other key stakeholders. Don’t be that entrepreneur. Continue to have a willingness to listen and learn.