What happens when you perfect a Surface Pro 4 with latest Intel processors and all-new low latency pen and 4G LTE?

Most people would call that the Surface Pro 5, but not Microsoft. We spent some time with the latest Surface, while they may look the same, make no mistake, there is a lot that is new for 2017. This is the all-new Microsoft Surface Pro. 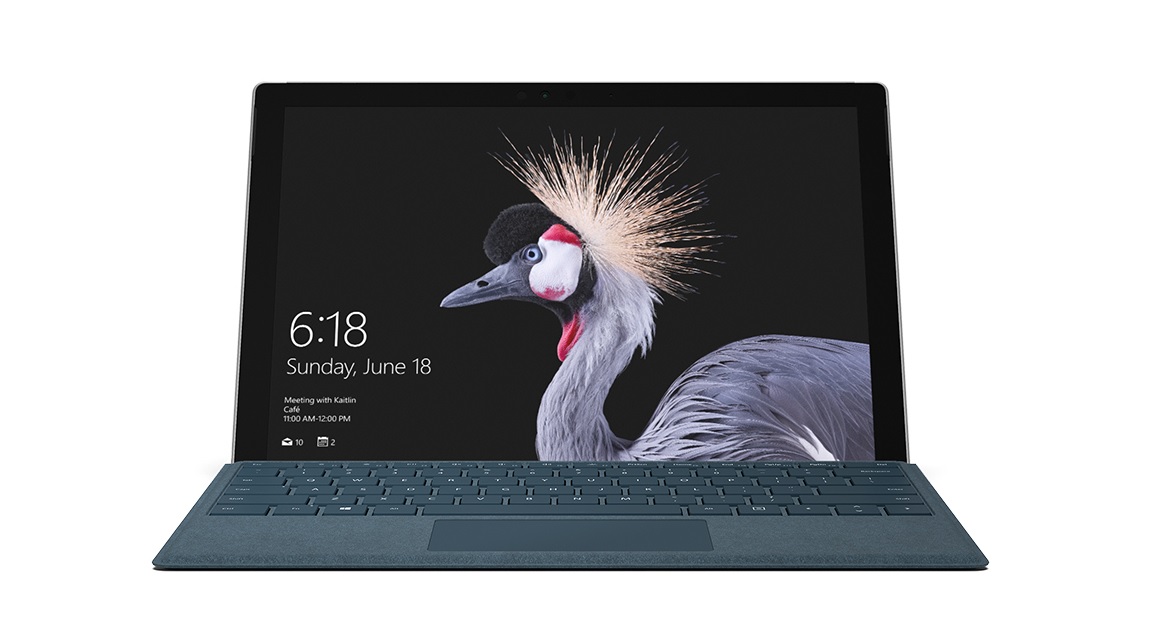 For the first time Surface Pro is getting a 4G LTE option with Nano SIM and built in eSim support. There are also no physical differences between LTE and non-LTE versions. Thanks to the custom hardware engineering, hiding all the antennas. For looks, the corners of the Surface Pro are now less angular, with softer edges. It’s a subtle design change, but a welcomed one. The radial vent for heat dissipation is also reduced, compared to the previous generation. This is even more impressive for the core i5 version. That model is now completely fanless, joining the lower core m3 variant. The core i7 though still maintains a fan, because Microsoft wants you to push that processor as hard as you can.

The legendary Surface kickstand is improved as well, you can now push it nearly all the way back, so that the Surface Pro can be used at a 10 degree angle. The Surface Dial also works directly on the screen. Microsoft has made significant advances with the Surface pen, with 4096 levels of pressure, the new Surface pen doubles the previous generation’s sensitivity. Latency also drops from 45 milliseconds to just 21. Thanks to an all new custom core processor, that connects the Surface Pro’s GPU to the digitizer. Oh, and for those who claim that the Surface pen didn’t have good tilt and rotation support, Microsoft solved that too. This is the part of the video where I go, “But wait, there is more!”. As expected the new Surface Pro is slightly thinner, and a hair lighter, coming in at just 1,7 pounds. But the new instant on and extended battery life, that Microsoft is touting, due to software and hardware enhancements, hitting the power button results in Surface Pro coming to life, just like a smartphone, and that battery life Microsoft now claims 13 ½ hours. Of course, we’ll have to test that. There are also 4 new colors for the revamped type cover, matching the recently announced Surface Laptop, the new type covers come in Platinum, Graphite Gold, Burgundy and Cobalt Blue. They all come with that premium Alcantara fabric. 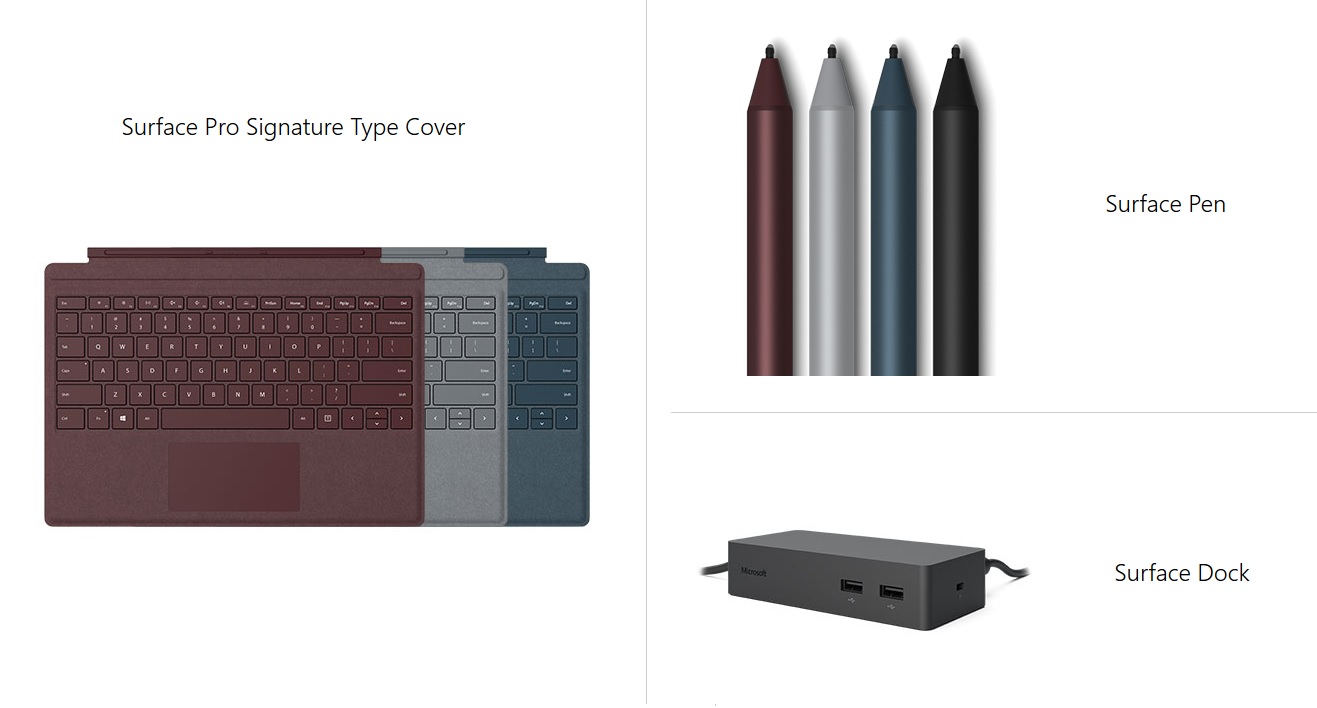 Other minor changes include, a blacked-out five megapixel front-facing camera, for a purer picture frame design with no visual distractions. The screen is improved as well, and now you get SRGB DCI P3 in vivid colour profiles. However, IO ports are still the same, there’s USB type A, mini display, micro SD and a surface connect for power. Sorry folks, no USB type C, but this is crucial, Microsoft did show us a new Surface connect dongle, that converts the connector into a full USB type C one, with support for power and data. That’s super exciting. I’ll have more on why Microsoft is eschewing type C, at least for now in a separate article. Finally, as to that name change, it should be clear. Microsoft sees this fifth generation as the culmination of all that the Surface Pro line has sought to accomplish. It’s hard to describe just how good this new Surface Pro feels, so you’ll want to try it out yourself. And, that’s now easier too. Microsoft is launching its Surface Pro globally on June 15th. That’s a same date as the new Surface Laptop, so you’ll have to choose wisely. In conclusion, consider the Surface Pro as sum of its parts, this is much more than just a newer processor.

Microsoft isn’t messing with the Surface Pro formula, but instead maximizing its potential and it’s impressive.