We sat down with Alan Saldich, CMO of Corelight to discuss recent funding round, Corelight’s technology and plans for the future. 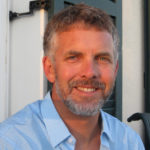 Q: You’ve recently announced $9.2 Million Series A funding round; could you tell us something more?

A: Corelight provides the most powerful network visibility solution for information security professionals to help our customers detect, understand and prevent a wide variety of cyber attacks more quickly and effectively. This round was led by Accel Partners, and alongside them an important co-investor was Dr. Steve McCanne, co-founder of Riverbed Technology and a former colleague of Professor Vern Paxson at UC Berkeley in the 1990s. When Dr. McCanne was developing widely used tools like tcpdump and ns for network analysis, Paxson was developing Bro, the open source software around which Corelight has built its product.

Q: Could you provide our readers with a brief introduction to Corelight’s history?

A: The company was bootstrapped over the last few years, initially providing professional services to organizations who were trying to implement Bro for network visibility and to help speed up the defense against cyber security threats. Although the company was profitable, the founders heard from early customers that a simple-to-use appliance running Bro would be an attractive solution. So in 2016 they developed their first product, now known as the Corelight Sensor. With six paying customers in the Fortune 100, Corelight was recently able to raise its Series A financing round.

Q: Tell us something more about Corelight Sensor?

A: The Corelight Sensor is an appliance sold with a subscription for support and software updates. It incorporates an optimized version of the open source project known as Bro and combines it with specialized hardware, a comprehensive API, built in integrations to popular analytic and data storage solutions, optimized file extraction, log filtering and a number of other features that make the Bro ready for enterprise customers.

Q: Why is now the time for a technology solution like Corelight?

A: It’s a very unusual set of circumstances — the open source project known as Bro was first created in 1995 by Professor Vern Paxson. Over the last 20 years, Bro has been deployed primarily by government agencies, national research labs and adopted by tier one research universities because the threats faced by those types of organizations were much less predictable, and the consequences of breaches (e.g. at the nuclear weapons labs) were far more severe than for a typical enterprise in the 1990s and 2000s. Although Bro was difficult to deploy and integrate, it was worth it because of the capabilities it provided. For enterprises though, Bro was too complex for mainstream adoption.

However in this decade, the threats faced by most companies have come closer to those faced by earlier Bro users as the popularity of mobile, cloud, SaaS and combined with the accelerating severity and sophistication of attackers. So the confluence of a powerful raw technology like Bro packaged for enterprise use is ready for the marketplace just as enterprise customers are starting to look for more powerful defensive tools to help them defend themselves more effectively.

A: We are hiring aggressively to build out our engineering, support and go-to-market teams. We also have plans to extend the Corelight Sensor product line along several dimensions as we learn more from customers about their immediate and longer term needs.