Canadian entrepreneur and executive Kevin Hobbs has been a leader in the cryptocurrency industry since 2015. That year, he was named CEO of the Vanbex Group, a professional services company specializing in blockchain development and consulting. In the years since, Kevin and his team have helped companies of all sizes leverage blockchain, DLT, and Smart Contract technology into everyday applications they can use to compete in the global marketplace.

The Vanbex Group notwithstanding, Kevin has been a tech executive for more than a decade of management experience. A strategic thinker with a proactive, creative and collaborative approach, he is regarded by his colleagues as a leader with extensive B2B and B2C knowledge.

We sat down with Kevin Hobbs to ask him about his career and what he believes the future holds for blockchain. 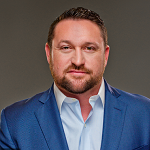 Q: How did you become interested in such a disruptive technology as blockchain?

Kevin Hobbs: When Bitcoin first became a “thing” back in 2009, I found it fascinating, and started reading about it. This led me to learning about the entire cryptosphere, which not only includes cryptocurrency but a number of other technologies that solve problems while also offering transparency. Then in 2016, after Ethereum was launched, it became clear to me that the crypto space was on its way to transforming how business would eventually be done and how transactions would take place. At the same time, major corporations were looking to adopt the crypto model for their own uses. It’s been proven in recent years that we’re looking at a new paradigm that will become commonplace. In fact, we’ll see more new developments this year.

Q: When did you formally enter the industry via the Vanbex Group?

Kevin Hobbs: In 2015 it became apparent to me that the potential for growth in the blockchain industry was significant. Having followed it for several years at that point, I was very enthusiastic about wanting to be a part of it. Lisa Cheng and I founded the Vanbex Group and I assumed the role of CEO. Initially, we were going to call it the Vancouver Bitcoin Exchange, but we realized that our clients needed consulting at the time more than they wanted to use a Bitcoin ATM. Since those early days, our company has evolved from a strategic communications and consultancy firm into a full blockchain laboratory that helps all types of companies, from corporations to startups, develop and leverage blockchain technology.

Q: What are your daily responsibilities? It seems that they must change often given the new and fluid nature of the blockchain industry.

Kevin Hobbs: I’m involved in a number of areas that range from client service and project management — including business development, framing of key approaches, high-quality client delivery, and written products — to administration, which often includes information technology, reporting and facilities — to such human resources responsibilities as recruiting, mentoring and helping staff members progress in their careers.

Q: What can we expect to see in the blockchain industry in 2020? Are new things being developed that will soon become commonplace?

Kevin Hobbs: Yes, the industry and the marketplace continue to grow. What started out as a new, transparent and decentralized method of making online transactions for various companies has developed and evolved to the point where entire countries are now committing to the technology as a matter of national governmental policy. Moves like this indicate a real commitment to blockchain’s future as well as major shows of confidence in the technology. We’ll see more happening in the months ahead, and it will be interesting to see how banks and other financial institutions adopt it.

Q: Are there any major announcements expected soon that might impact consumer-level practices?

Kevin Hobbs: One of the big ones that hasn’t happened yet is the buzzed-about eventual introduction of Facebook’s Libra currency. Although Facebook is leading the way, there’s actually a Swiss group called the Libra Association that’s composed of a number of Silicon Valley companies along with some major corporate players including MasterCard, Visa, Lyft, Uber, and Spotify. It’s expected that some 100 companies will be part of Libra by the time it launches, reportedly this year.