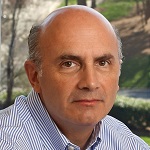 Q: Hi Keith, thank you for speaking with us today. Over the past 10 years, since you became the CEO of Open Invention Network (OIN), it has seen significant, compounded growth in the “non-aggression community” it defends. Could you explain why it has become such a popular organization with open source developers and distributors; as well as more mainstream businesses?

A: Thank you, it is great to speak with you again. When OIN was founded in 2005, Open Source was used primarily by computer companies making servers. Since that time, Open Source has become ubiquitous. It powers everything from smartphones and toys to search engines and banking networks – as well as almost everything in between. Today, there are entire industries that are investing in the benefits of shared core technology innovation that Open Source provides.

In the automotive industry, most of the key automotive manufacturers and their tier-one suppliers have joined the Automotive Grade Linux project. This project has the potential to rapidly increase new design ideas to market because the core technologies that all auto makers use will be standardized. AGL will first serve to permit innovation in the cabin of the vehicle and ultimately serve as the digital DNA upon which all applications, including those supporting mission critical functions, will run. And, this is just one example in a single industry.

Because these companies want to feel safe in their open source investments, they look to join patent non-aggression organizations like OIN. Ours is the largest patent non-aggression community in history, because companies large and small see the value provided by shared innovation and wish to standardize on core open source functionality without fear of patent litigation. 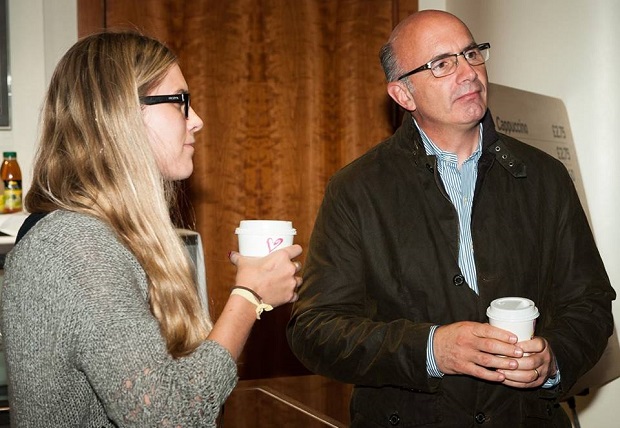 Q: When you took over the reins at OIN, what made you think it would be successful?

A: When I became CEO in early 2008, it appeared to me that Linux and, more broadly, Open Source had the potential to be truly transformative because the collaborative development of technology central to open source is a social movement and not simply about technology. The modality that open source software’s collaborative development model embodies means that 1 plus 1 plus 1 no longer equalls three, but rather it equals 6 or 10 or 20 when we bring smart people from around a global ecosystem together to solve technical challenges. In the ten years since I became CEO, I have witnessed open source change the way we create value in the new, more software-centric economy. By sharing core technologies, opportunities exist to do away with redundant and duplicative development associated with silo’d structures and enable organizations to differentiate higher in the technology stack.

Understanding the potential of open source, a group of truly forward thinking organizations led by IBM, NEC, Red Hat, Sony, Philips and SUSE (later joined by Google and Toyota) formed OIN and in so doing elected to abandon the notion of control in the core in favor of a desire to broaden and deepen the level of participation in open source projects. By explicitly embracing the notion that where we collaborate and create core functionality we should not sue each other and shifting invention-based differentiation to the application layer, these companies entreated others to join in and reap the benefits of a distilled collective intelligence in key segments. The formation of OIN thereby ushered in a complete shift in the market dynamics. If we could increase the size of our community and make the multitude of patents that read on this core technology free to others via a cross licensees, the opportunity for network effects to accrue was enormous. Our whole goal was to rapidly grow our community of like minded companies and developers to ensure companies antagonistic to Linux had limited, or no effect, in leveraging their intellectual property to hinder the growth of Open Source development, distribution and adoption.

As more businesses and organizations have seen the value of Community inherent in the OIN licensing model, they have sought to join our community. This goes beyond technology companies to include significant users of Open Source like Nationwide Mutual Insurance, Ant Financial and many others.

Q: You have an interesting background. Diplomacy, intellectual property monetization and finance and you are an attorney by training. What about that mixture of skillsets has prepared you for being a steward of OIN and a guardian of the Open Source movement?

A: It has been clear for some time that what enables businesses and organizations to differentiate themselves has been their intellectual property. Some have been more sophisticated than others at managing their IP. My background in IP finance and patent law gave me the tools to understand the value that patents, copyright and other corporate assets can provide – and their offensive and defensive characteristics. In addition, my diplomatic background has been incredibly useful as we have sought to build our community through patient advocacy in every region of the world and across multiple industrial sectors.

By combining these skillsets, I have been able to successfully communicate to CEOs, IP attorneys, corporate strategists and other corporate stakeholders – around the globe – the value inherent in joining a patent non-aggression community focused on ensuring shared innovation in core technologies. It entails making sure that businesses understand that we are not looking to strip them of their key innovations and differentiators through participation. Quite the contrary, it means showing organizations that they will benefit from embracing collaborative patent risk mitigation in the core of Linux and Open Source, thus shrinking their costs and speeding their time-to-market by leveraging shared innovations in these core technologies. It’s been very rewarding work as a result.

Q: While OIN has been a clear innovator in IP activities, and you have aided and endorsed the efforts of the LOT Network, AST and RPX, among many others, you have personally kept a low profile, why?

A: Since the day I was entrusted with OINs stewardship, by design OIN has worn the “whitest of hats” relative to other patent risk mitigation organizations as it is not selling a product or serving a club of large companies from the G8 countries. OIN has no profit motive and is building a community of like minded companies across the globe by virtue of the license and, in a very real sense, authoring a set of common cultural norms for the appropriate use of patents in increasingly open source-centric companies from a diverse set of industries, cultures and geographies. Open source is a wonderfully elegant self organizing, self regulating community which embraces the authentic and rejects those individuals and organizations whose motives are suspect. In no small measure, because of the credibility that OIN has established over time, and its associated sense of authenticity, it has been able to encourage participation beyond any reasonable expectation. In fact, we have seen the OIN community grow from less than 50 community licensees in early 2008 to more than 2,600 today. It is now the largest patent non-aggression community in the history of the technology sector.

Q: How do you see the intellectual property dynamics in the technology industry shifting over the next five years?

A: The internationalization of business has been profound. It is becoming more challenging to identify a product or service as U.S., Asian or E.U.-based given that development and supply chains are global. With all of the growth in cross-border commerce the world of intellectual property has become more complex. The need for businesses of all sizes, from multinational organizations to startups, to become more IP sophisticated continues to grow.

Existing industries will transform and new industries will be created over the next five years. From our perspective, where and how businesses source their code and any applicable intellectual property vulnerability in the core will continue to be of concern. Whether it be the IoT space, in Blockchain technologies or somewhere else, the challenges of having companies living in a world drawing, at turns, on proprietary and open models will require successful organizations to understand and adhere to an acceptable code of conduct in both patent and copyright.

In addition to joining an organization like OIN, businesses with large resources should look to develop IP strategies and leverage existing facilities like the American Invents Act’s Inter Partes Review (IPR) and pre-issuance submission program to ensure that we collectively continue to raise the bar on patent quality. Essentially, IPR and pre-issuance approaches enable organizations to have the subject matter of patents or patent applications reviewed for their uniqueness and suitability for patent protection. Those found lacking can be rejected or declared invalid. For businesses and organizations with limited resources, joining OIN may be a key part of, or their primary, IP strategy. Regardless of size, businesses will have to become more sophisticated when it comes to software intellectual property.

Q: How will OIN take advantage of these changes, and how should businesses position themselves to do the same?

A: OIN will continue to grow and innovate to ensure that members of our community are insulated from intellectual property risk in core open source and Linux. For example, in addition to administering the successful royalty-free OIN license, we have been one of the most active users of the American Invents Act’s pre-issuance submission program and, through its actions, prevented the grant of hundreds of patent applications with overly broad claims. Over time as threats morph, I have no doubt that the enlightened funding members which populate OIN’s Board will no doubt look to evolve OIN to ensure it remains relevant and enabling in the mitigatinon of IP risk in the core of Linux and open source.

As I stated previously, businesses will need to develop IP strategies as they are born and grow. Those that do so and explicitly tie those strategies to corporate strategy will more effectively compete in their markets and industries. Those that fail to do so will most likely be less than successful as it is, after all, the people and the quality of their ideas that form the foundation for intellectual property and an organization can be measured by often how it nurtures those ideas that are key to its differentiation.