Relex Development has launched its compliant-focused, gold-standard real estate development investment platform, the first that will run solely on cryptocurrency.

Relex Development’s RLX token solves many of the issues that face an investment industry that is still stuck in the past, reusing methods that were first debuted in ancient times.

Yet there are many problems in the industry. Most investment capital is funneled directly into the most well-known, Western countries. These investments might be seen as safe, but they often offer lesser returns than those in emerging markets. 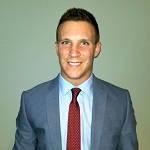 Q: What makes Relex a better vehicle for FDI than traditional fiat currency?

A: We talked before about how emerging markets offer higher returns on investments. Sometimes the returns are so high in comparison to Western markets that they’re almost unbelievable for investors.

But there’s a tradeoff. When you invest in emerging markets, you’re engaging in higher risk investments due to a lack of transparency. Jones Lang LaSalle explains this on their Global Real Estate Transparency Index, demonstrating that the vast majority of capital goes to the most transparent countries.

Consequently, areas that are ripe for growth with the highest returns often to receive financing; their projects never occur, and the countries can’t advance as quickly as their people would like.

Blockchain technology is special because it offers a way to improve transparency scores for the developers who work with us. Instead of financing disappearing overseas through a shady broker, Relex Development makes transactions visible and easily traceable with the RLX token.

Blockchain offers the exact solution that the emerging markets have been searching for years for: there’s now a way for the good guys, the developers who are hard-working and eager to deliver but need funding, to show that they’re not mishandling or misappropriating funds.

And in addition to the blockchain technology, Relex is also constructing a proxy developer platform where RLX investors can speak to and collaborate with developers directly, no matter where they are in the world. This is just another step that Relex is taking to improve transparency in investments.

In addition to all this transparency talk, the RLX token also makes funding easier. It’s the simplest solution for fielding investment capital from all over the planet. We have investors in the United States, Canada, the Netherlands, Australia, Japan, and even parts of Africa. Normally these investment opportunities would be too complex to handle a global network like this. With blockchain and cryptocurrency, however, it’s greatly simplified.

Additionally, the utilization of blockchain reduces tedious, inefficient paperwork and shifts to a model in which funds are rapidly deployed. Relex systematically reduces inefficiencies and scheduling delays, creating a more lean process during development. 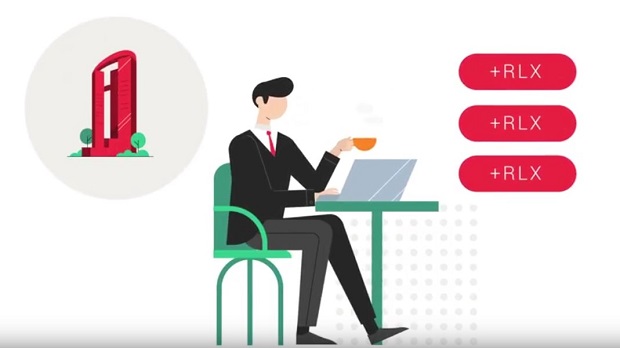 Recommended: Lucid Motors Closes $1 Billion Funding Round To Complete Development And Testing Of The Lucid Air

Q: What is Relex doing in the regulatory compliance space? Is it true you’re aiming for SEC & FINRA compliance?

A: With the launch of the Relex real estate development funding platform, Relex is now offers end-to-end compliance in countries all over the globe. This means you can make an investment in France while remaining compliant with local Vietnamese law.

The meaning of this is profound: cryptocurrency now has a legitimate use case in the traditional finance world. This is a highly regulated portal co-created with Katipult. Their team has former members from the SEC and FINRA, and their products are known for their compliance.

This is a major step toward mainstreaming cryptocurrency, and it begins with compliance. This is one of the main lessons I’ve taken from former JP Morgan VP Peter Lee. He has a background in anti-fraud and currently serves as the Director of Operations for Relex Development. Peter has always said that Relex Development needs to set the example for the rest of the cryptocurrency space, even if it made the path harder for us to reach our goals.

We had no ICO, we turned down offers of market making and price pumping, and we’ve spent almost all of our revenue on our product, namely working to legitimate cryptocurrency even more. Peter will actually be speaking about his anti-fraud stance in New York City this November at the World Blockchain Forum Conference.

It’s unavoidable, regulations are increasingly encroaching the crypto space, so regulatory compliance is key. The emphasis on compliance will only grow, determining which projects will succeed in the long run.

Q: Who are some of your biggest partners right now? How did you decide they were reputable developers?

A: We have a massive set of partners, both in the real estate developer and institutional investor space. We recently introduced some of those partners on our Relex cryptocurrency Medium page.

We respect and appreciate all of our partners. They’ve each successfully made it through a rigorous vetting process that our CEO Keith Hilden has put them through. He is incredibly thorough in his research and staying on top of the ball with these developers. I’ve known Keith to spend hours looking at the latest satellite imagery to track progress on developments when he can’t be there in person. He’s that type of guy.

We recently hosted a 3-day event in Vietnam. The Relexation summit brought together developers from Southeast Asia, and we also brought in a number of our investors from across the globe who got to hear their pitches and speak with them one-on-one.

One of the major pieces of news that emerged from this event was that Relex has partnered with FLC Group, a multibillion dollar development company in Vietnam. Known as one of the big-three developers in Vietnam, anyone who hears the name FLC Group in Vietnam is immediately impressed. The fact that we were able to secure their endorsement and support going forward speaks loudly about how developers see our business.

This is another major step in legitimizing cryptocurrency to the masses.

In Russia, we have established multiple partnership opportunities through the developer OOO Vostok Projects.

Q: What does it mean for an investor to be a “proxy developer”?

A: Traditionally, investors have a passive role in the development of the projects that they have decided to invest in. Relex want to change this to give investors the opportunity to be more involved in their investments, thus coining the term “proxy developer”. As a proxy developer, you can have a more “ hands-on” approach, with your voice being heard regarding design and implementation of the final master plan.

One of the benefits on this is that it allows a global-investor base to interact directly with developers. The benefits of this are two-fold. First, it increases transparency on the part of the developers, making investors more comfortable with investing their capital into these projects.

But it’s not just one-sided. The investor base also will provide insight and ideas to the developers.

I’m not sure how familiar you are with Myanmar, but it’s a great example for why the proxy developer model will be helpful. Myanmar, formerly Burma, was a rich empire for a long time. It was incredibly wealthy, known as the richest in Southeast Asia. Yet that wealth was squandered by an authoritarian government that closed its borders off to the outside world.

A recent revolution, however, has opened Burma (now Myanmar) up to the world again, and it’s ready to reclaim that vast wealth. However, after years of insulation, the Burmese developers would benefit from input from the outside world.

This is where proxy developers come in. Not only can someone fund a project, but they can actually have a hand in determining the best way for things to be done. They can give input and opinions or weigh in on questions that the developers have. These are skilled developers who benefit from the insight of the Western world, and we can give them a direct line to these people.

Q: How is Relex different to Relex Life? What is Relex Life and how does it work?

Relex Life is currently partnered with Aura Inhale, which holds a patent on a groundbreaking technology that allows them to make nearly any chemical compound into an inhalable form. That patent holds into the year 2037.

The technology is so impressive that it has been field tested and given the thumbs up from the United Kingdom’s Ministry of Defense. This opened up the doors to unlimited importation of Aura Inhale products into the UK.

With Relex Life, you can propose your ideas for inhalable supplements, vitamins, and pharmaceuticals to the community. Community members then decide whether they want to work on this proposed product.

Our first orb was just funded, actually. The Quit Smoking orb was funded with help from team members John Bonar and Peter Lee, with additional support from the Relex Life community.

What happens now is that the product goes to feasibility studies with the Aura Inhale lab. If the product is deemed possible, then it goes into production. The individuals who funded the orb are organized into a new instant-corporation, the “Quit Smoking corporation,” or whatever they choose to call themselves.

Each member would hold a certain percent of share or stock of the company. So when the company makes money from sales, that person makes that percentage back in profits. And the original creator of the orb, the intellectual property creator, receives a $1 royalty on each pen, regardless of whether he’s part of the funding corporation.

Q: How do the products offered by Relex Life and Aura Inhale differ from current vaping products already on the shelves?

A: Aura Inhale was created by a nuclear chemist, Dr. Stephen Boyd. His technique is groundbreaking for two reasons. First, Aura Inhale’s patented compound allows for various supplements and drug compounds to be transformed into an inhalable.

Secondly, the technique removes harmful additives and delivers the compound in its purest form. For instance, if you look in your medicine cabinet, you’ll undoubtedly find medicines with HCl in it. Many pill forms of medicine need these hydrochloride salts to deliver their effects. The technology at Aura Inhale makes it unnecessary.

Instead of allergy medicine with hydrochloride salt, you’d just get the allergy medicine. And that a beautiful, healthy thing that is unique to Aura Inhale and consequently Relex Life.