Greg Rogowski is the founder of Mining City, an innovative platform that gives people the opportunity to obtain hash power and mine cryptocurrency without having to purchase specialized equipment.

We recently had the opportunity to learn a little more about the history of Mining City from Greg Rogowski. 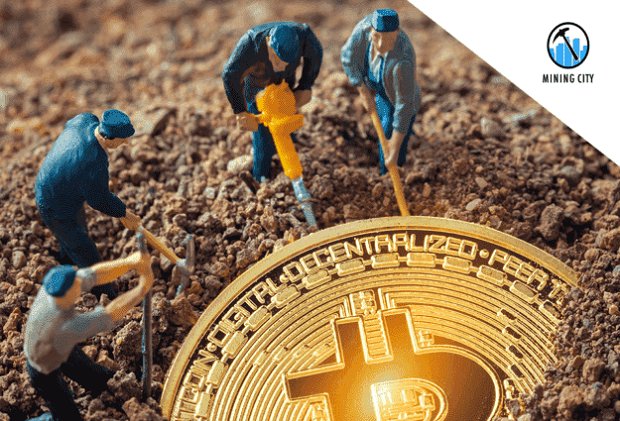 How Was Mining City Founded?

In 2018, I met a man named Eyal Avramovich. He was the Mine Best LLC CEO at the time and offered me a role as the VP of Global Marketing. It was my first time joining the world of cryptocurrencies and I was more than ecstatic.

At one of the first events I attended, I met a man who came up with a concept that completely changed our futures. We were introduced to concepts that we had never heard of before, such as “compensation plan” and “mining plans”.

The whole process sounded incredibly rewarding but just as risky. I was more than ready for the challenge.

During the planning phase, I left Mine Best and became the owner of Prophetek. This company would later come to own Mining City.

Neither I nor Eyal had any experience with this field of Network marketing and referral programs, and we relied heavily on the people we had met during that first event. They introduced us to a large number of new terms and complex calculations.

As overwhelmed and eager as we were, we could not spend a proper time to do the best due diligence in the market I could say. This meant that we overlooked some severe calculation errors and the way the system payout worked, and we ended up losing significantly in profits. However, that setback wasn’t enough to force us to quit, and we had strong plans for the future.

First, though, we had to build Mining City, and that started with the mining operation itself.

We started off working with MineBest to make sure that machines were purchased correctly, and in accordance with our sales at Mining City. We kept on shipping these machines to Kazakhstan and China for quite a while and allocated funds to MineBest so that they could purchase and set up machines, facilities, and payments for operations.

This worked for a while, even with the community not fully understanding the idea behind mining and thought it to be a lot more simple than it was. We tried to educate users, but it made little difference and people tried to use Mining City as a get-rich-quick scheme.

Eyal at MineBest tried to find something that the world needed and would benefit us at Mining City. He has been an inventor and entrepreneur for most of his life and knew what to look for. Eventually, he came up with an idea to introduce a new coin that would solve a large security issue: a solution for mistaken crypto payments and avoid fraudulent receivers. This coin became known as Bitcoin Vault or BTCV. This cryptocurrency provides an extra level of security based on a 3-Key Security Solution which allows users to reverse certain types of transactions on the blockchain. The additional features of the coin enable greater control of one’s crypto assets.

At first, the coin seemed like a great idea and grew with a healthy economy.

I was blind and hopeful and found myself believing that our partnership with MineBest was the most successful in the history of the cryptocurrency mining industry. A lot of MineBest’s miners mining for Mining City were located in China, and it allowed our business to grow the fastest out of everywhere in the world.

While this growth seemed great, I would come to learn later that it was in fact, much too fast.

In August 2020, there was one single account on Coineal exchange that held an incredible amount of Bitcoin Vault coins, and they sold off a large amount of this. That sale created a dramatic price drop, which frightened many of our users.  It was rumored that Eyal himself, the creator of Bitcoin Vault (BTCV), was the one who sold the coins. But I could not imagine what incentive he would have had to pump the price of a coin of which his face and reputation was attached to, and he assured me that he would never do such a reckless thing.

As a matter of fact, from the beginning, he has tried his best to not sell any of the coins, even if it was needed to pay for electricity, in an effort to lessen the sell pressure on the coin. He agreed to put himself and the business second, so that the community of Mining City, which was among the largest group of supporters of Bitcoin Vault, would not suffer from a continuously dropping price of a coin they held.

In turn, these frightened users also liquidated their BTCV. Eyal came up with merge mining solution to reduce electricity cost on BTCV mining and reduce the sell pressure of BTCV in the market, as well as keep strategic partners and the user base happy. However, despite these efforts, the price continued to drop. The solution, though smart, wasn’t enough.

Mining City’s payment plans are likely one of the most revolutionary introductions we have made. By becoming more centralized, we were able to have full control of the allocation of our rewards.

However, it wasn’t enough. Our users became more and more demanding and we lost their support for the Bitcoin Vault project. Our users wanted something new. So Eyal came up with yet another project.

The answer was Electric Cash, also known as ELCASH. Where BTCV was aimed at security issues and took 24 hours for a secure payment to go through, ELCASH was made for regular transactions. It gained popularity and support rather quickly. It has had regular ups and downs based on supply and demand.

After a while, our research found that by focusing solely on Bitcoin (BTC) we would do better for Mining City. We also analyzed the markets and tried to figure out why BTCV and ELCASH suffered a major price correction. We concluded that the most important factors for a coin to be adapted by the market, is to market it to big communities with enough daily traders. Since most of the cryptocurrency market is driven by speculation and not yet by technology, unfortunately, we also suffered a huge loss down the road due to MineBest’s mining machines theft event in China. It’s a long story with hopefully a happy ending ahead of us and will be covered at another time. If you want to continue reading about that time, keep an eye out, and we will share that soon enough.

What is the Future of Mining City?

Over the coming months, we are going to focus on the future of Mining City. We have had plenty of setbacks and are learning as we go along.

However, we are focusing on regulations. We want to be fully compliant, competitive, and sustainable. These are our three main goals. We want to build our community, but also have an impact globally.

We are working on overpayment issues, and have eliminated ways for our users to abuse our system by making multiple accounts. The support of our community has pushed us to go on and work harder.

We want to continue to ensure transparency and are working with all of our partners to do so. No matter what, we will always take the time to listen to the needs of our community and users to give them what they need and want.

All we want in return is the continued support and understanding of our users as we work and grow. We want to remain agile in increasingly dynamic situations and keep our community as our highest priority. Every user deserves it, and I think our recent problems with multiple accounts and the honesty of our members to take the time to merge and settle with us show that to be true.

Though this was a hard time for us and our users alike, I do believe we will come back stronger and be a better community as a whole.