BitMinutes are the first Crypto-Asset to offer Guaranteed Loans to the world’s 2 billion un-banked consumers with Prepaid minutes as collateral. Founding CEO, Tom Meredith, and his team of Harvard Business School and Stanford graduates, launched their first BitMinutes application of Free Money Transfer two years ago with the largest retail bank in Africa. 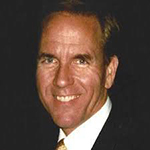 FEINBERG: Hi Tom. Thanks for coming in today. BitMinutes has a very ambitious goal of guaranteeing a loan to billions of consumers. What is BitMinutes’ primary goal?

MEREDITH: Two (2) Billion consumers are ignored by the global banking community due to banks’ inability to cost-effectively offer financial services for small, sub-$100 accounts. BitMinutes’ Guaranteed Loans, as small as $5, use prepaid minutes as collateral for the loan. This turns the corner retailer into the corner banker, leveraging global distribution networks of millions of retailers.

FEINBERG: What is the benefit to the consumer? Why would he use BitMinutes?

MEREDITH: There are two primary Use Cases:

Guaranteed Loans- BitMinutes can be used as collateral to secure a micro-loan of less than $100. The user purchases BitMinutes (with ID) that are placed in escrow. Then, depending upon their Trusted Agent Network (TAN) Credit Score, they receive a loan instantly.

FREE Money Transfer- The user can send BitMinutes to over 4 billion mobiles and 2 billion bank accounts to be converted into cash or used as prepaid minutes by the recipient. This service is free and should make Western Union very nervous!

FEINBERG: You mentioned the potential of millions of retailers selling BitMinutes. What’s in it for them?

MEREDITH: With BitMinutes, retailers have several ways to make money. They can sell BitMinutes just like regular prepaid minutes. Or they can lend BitMinutes. This is where it gets interesting. Because BitMinutes are an asset-backed token, they can be used as collateral for microloans. All we require from the consumer is to buy BitMinutes which are used as the loan collateral. We will lend $5 to anyone with a valid ID. We believe this will drive significant traffic to the retailers and give them an ongoing revenue stream from participating in the interest paid on the loans.

Retailers can also recruit other retailers as their sub-agents to broaden their BitMinutes network. This multilevel marketing approach is what made M-Pesa in Kenya so successful.

MEREDITH: Carriers know they need to differentiate their services and are seeking ways to offer financial services to their customers. Carriers prepaid minute offerings are already, in essence, crypto-currencies. What they lack is: 1) Convertibility into cash. 2) The ability to be used as collateral for lending. BitMinutes solve both these problems. Consequently, we are currently in negotiations with several multi-national carriers to either distribute BitMinutes or white label BitMinutes as their own brand.

FEINBERG: If BitMinutes are simply pre-paid minutes, how does it convert to cash?

MEREDITH: Consumers can convert their BitMinutes into cash and deposited into their bank account anytime either online or with our Mobile App. Un-banked clients can withdraw cash from any participating Trusted Agent Network (TAN) retailer.

FEINBERG: You’ve mentioned TAN, the Trusted Agent Network. What is special about the TAN network and how does one join?

MEREDITH: TAN, the Trusted Agent Network, turns the corner retailer into the corner bank. TAN is co-branded with retail networks. Plus, any retailer or individual can become a TAN agent. TAN agents can recruit other TAN Agents to create their own network marketing organization. This creates financial service jobs in small villages where there are not many opportunities of this nature.

FEINBERG: How do you control for fraud and lack of payback?

MEREDITH: Our lending platform uses artificial intelligence to create a Trusted Agent Network (TAN) credit score based upon the consumers’ social media “footprint” and phone usage data. Since we create a secure identity when they open their account, they would not be able to open up a new account with any other TAN Agent until they paid back the original loan.

FEINBERG: Your development team spent years creating the BitMinutes ecosystem. How does that ecosystem benefit the consumer?

MEREDITH: BitMinutes travel over the global P2P Cash settlement network linking over 2 billion bank and mobile accounts in over 70 countries. We work with a global telecom aggregator to deliver prepaid minutes to 4 billion mobile phones. BitMinutes leverages the work done by P2P Cash using ISO 20022 as an interoperability standard between SWIFT, MasterCard, and two major blockchain networks, Ripple and Ethereum.

FEINBERG: In a side-by-side comparison with Bitcoin, what are the BTM advantages?

MEREDITH: BitMinutes has a number of significant advantages over Bitcoin.

Tracking: BitMinutes usage is tracked from the minute it is issued to a specific person to whomever it is sent to and however it is used. This includes whether it is consumed by conversion into prepaid minutes, conversion into cash or used as micro-loan collateral.

Customization: BitMinutes can be white labeled encouraging third party issuance by large global networks such as the telecom carriers with over 6 billion clients

Guaranteed Liquidity in 70 Country Currencies: We will be releasing an affiliated and commission free secure online exchange to facilitate the worldwide trading of BTM.

Currency Stability: BitMinutes has established a Treasury function to keep currency volatility to a minimum. This is only possible with a centralized issuance and tracking system such as BTM’s.

FEINBERG: What other crypto-currency do you recognize as your “competition”?

MEREDITH: Everex is the closest we have seen who wants to address the same un-banked market. Our key advantages over them are multiple:

Operational Today: The global P2P Cash network has been operational for over 3 years. BitMinutes were built over a year ago and have been in operation as part of that under-lying global network.

Global Standards: BitMinutes are designed on global ISO banking Standards and therefore will not be easily replaced by “new” technology.

FEINBERG: Where do you see the intrinsic value of BitMinutes?

MEREDITH: Based upon our calculations of acquiring 5-10% of our target markets of global money transfer, prepaid minutes and micro-lending markets, we believe BitMinutes can help drive a new economy of banking convenience based on the access we can provide to millions of people in need of a seamless way of borrowing and transferring money via the Blockchain.