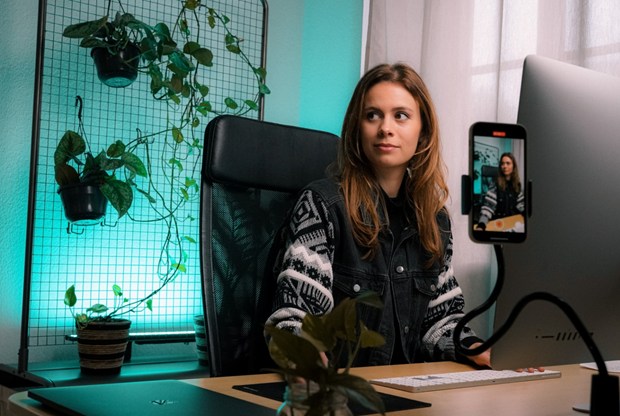 If there’s anything we learned from the ongoing coronavirus crisis, it’s how important content creators and artists are to society. As more people stayed home than ever before, we relied on tech-savvy creatives to entertain us and provide us with content to learn from. Patreon is a platform that supports these creators in growing their brand. In the past eight years, the company has amassed a valuation of $4 billion; just last month, they raised $155 million in a fresh round with new investor Tiger Global Management, Woodline Partners, and previous investors.

Before Patreon, it was difficult for content creators to earn money. Gatekeepers like YouTube’s parent Alphabet and Instagram’s parent Facebook kept most of the advertising-generated revenue. At its core, Patreon connects creatives directly with patrons who pay to support them. In exchange, patrons have access to exclusives, special contents, and other rewards on the platform. In this article, we’ll take a closer look at Patreon and how its business model helps artists and creatives thrive.

In February 2013, Jack Conte developed the idea for Patreon to meet his financial needs — which weren’t met by YouTube ad revenue alone. Even if he had 100,000 subscribers to his channel, Conte still needed a reliable way to get financial support. He thought of appealing to subscribers who accessed his work, and contacted Stanford roommate Sam Yam to develop the website and platform. Despite early disappointments, Conte began adding a bit to the end of his YouTube videos where he encouraged people to support him on Patreon. In exchange, they were promised access to his latest music video. The offer produced $5000 in support, which fans hoped would fund future projects as well.

Now, the platform has evolved to artists and creators uploading stories, videos, essays, web comics, music, podcasts, and other content. Usually, fans who support them with monthly payments would receive bonuses and exclusives they can’t get elsewhere. Some Patreon users have a pay-what-you-want scheme, where someone who pledges $1 can receive a shoutout, while others who pledge $20 would have larger rewards — like a guest spot on the podcast.

Others opt to use a tier system, where different pledge amounts lead to various contents, although higher-tier patrons usually receive the rewards in lower tiers too. Creators are paid in lump sum at the beginning of each month, which helps them mitigate the effects of big business decisions — such as changes in YouTube policies which allowed them to demonetize certain videos.

Social networking site Twitter unveiled that it was experimenting with a “tip jar” feature last May, indicating that other platforms are slowly adopting mechanisms popularized by Patreon. Twitter’s “tip jar” intends to support the “incredible voices that make up the conversation” — such as journalists, experts, and nonprofits — by allowing users to send “tips” through PayPal, Venmo, or CashApp.

Patreon has been lauded by creators who were unable to generate enough money for their projects. With support from Patreon, many creatives have been able to focus full-time on online work. Patreon currently hosts some 200,000 creators on the platform, including some high-profile ones like art tutorial YouTuber Kirsty Partridge and the creators behind the popular Last Podcast on The Left. According to finance website AskMoney, between 5% to 12% of these creators’ earnings go to Patreon. This small cut is a small price to pay for staying on a reputable platform, and Patreon serves as an essential revenue stream for many creatives.

Patreon is ideal for creators who have a large fanbase that’s interested in their membership offering. It has also opened the doors for alternative crowdfunding platforms such as Buy Me a Coffee, Ko-Fi, or Kickstarter, which explore options like one-time donations and tips. Kickstarter, in particular, expands creator offerings to apps, inventions, graphic novels, tabletop games, feature films and more inventive fare. This movement gives fledgling creatives and potential tech startups more choices to deliver their products, moving forward.

Check out the other articles on TechCompanyNews for the latest in business insights, digital transformation, and other global trends today.