1. Amazon free time is a new kids app, it boasts a collection of video content from big kids companies like PBS, Nickelodeon, Disney and others. There is also a variety of books, games and other content that’s well suited for children. You can use the application’s dashboard to list the age of kid and that way they can get content geared specifically for their age range. The subscription prices are a little complicated, however, this is one of the few services that Amazon offers to people without an Amazon Prime subscription. Though it is cheaper, if you already have one.

3. Astro is the new email client that also has a chat bot. The chat bot will notify you about things, ask you if you want to unsubscribe from email lists and a whole lot more. On top of that, the application boasts a snooze mode, quick inbox organization, personal reminders and more as dealing with a few early issues. However, when it works, it works rather well. To be honest, this one still needs some work from the developers thus, it’s best to file it away under apps to keep an eye on.

4. Auto set is a nifty automation app. It works by automatically turning functions on your phone on or off when certain apps are opening. For instance, you can have the phone turn WiFi on when you open Netflix. It works well most of the time, however , some things like GPS and mobile data might require an ADB command to be run on your PC to make it work right. It’s definitely a power user application more than anything, it costs a 1,49$ and it has no in-app purchases.

5. Panna recipes wants to be the Netflix of cooking apps. It features over 400 video recipes made by over 45 talented chefs, and you can search based on your dietary interests, annotate written recipes with your own ideas and add items to the shopping list that’s built in. You can try it free for 30 days but it does require a subscription after that. It’s not ideal but at least you can try it before deciding, if paying for it is right for you.

6. Socratic is an educational app, more specifically it’s an application that teaches you how to math. It works by using your camera to capture an equation, the application then pops up several pages of information on how to solve the problem. Generally the first page walks you through solving the problem, while subsequent pages shows you the information and math rules that you’ll need to solve it. It’s a great application for students, especially the ones who have problems with math. It’s totally free, at least for right now. 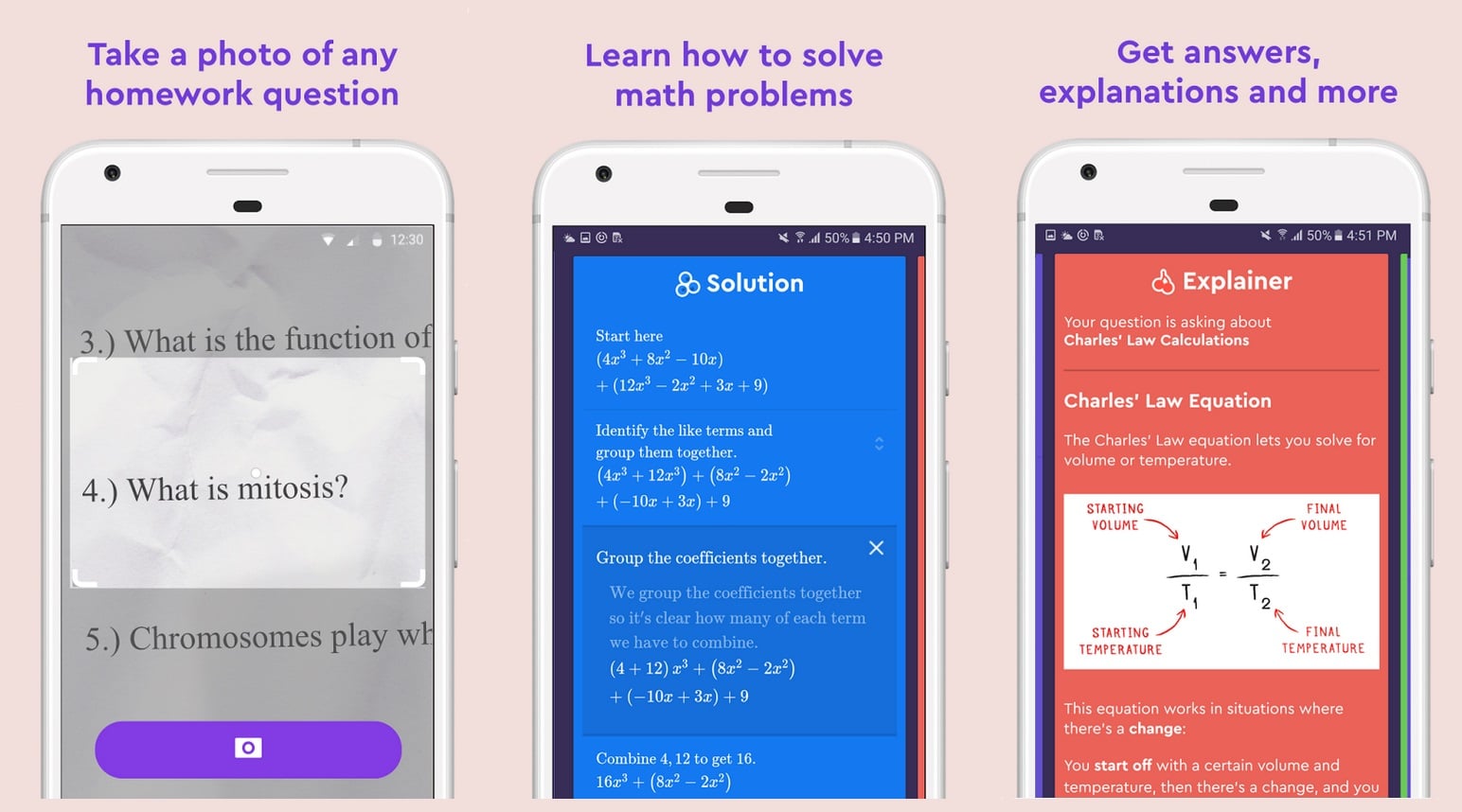 7. SpotAngels is an application that remembers where you parked, it also gives you information on the parking rules in the general area. The central premise of the app is to help people avoid making mistakes that result in potentially expensive traffic tickets. It supports over 20 cities but it’s still useful even if you don’t live in one of them. The application secondary premise is to remember where you’ve parked your car, and that works virtually everywhere. You can also crowdsource additional information by adding pictures and rules that the app might not already have.

8. Stash for Reddit is an unreleased application in the Google Play Store. The idea is to download a variety of posts from Reddit in the background, so that they can be read offline later. The current iteration downloads a 100 posts and that includes images, gifs and videos. Future releases will include account support subreddit selection for download, a time schedule bandwith limit options and a whole lot more. It’s not all that great just yet, however, you should definitely file this one under apps to keep an eye on.

9. Taskzy is like a light version of IFTTT. It allows you to program automatic actions based on the things happening on your device. It gives you a decent if small selection of commands to give, for instance, you can have it open a specific music app when you plug in your headphones and then you can have it open a different music app if you plug in your headphones while you’re also in the car. It’s not the most powerful automation app ever made, however it’s far more simple than most of the other options. It’s also totally free.

10. WeDo is a task management application that focuses a little more on groups. You create groups in the application, invite people into those groups and then people can create tasks that everyone can see. It’s great for small businesses, families and stuff like that. You can also use it alone if you insist. It features reminders, subtasks and you can create tasks that repeat like taking out the garbage every week. It’s still in Beta in the Google Play Store and those that try it should be prepared to find bugs. Otherwise, it’s free and it works pretty well.