Sony announced a few phones during this year’s NWC one of them being the Xperia XZs. This is an upgrade to Xperia XZ but this is a mild upgrade at best. There’s only a couple of changes but are those changes significant enough to justify showing up another 700 dollars to upgrade from a phone that’s only 6 months old?

Let’s take a look at the Sony Xperia XZs!

What has changed from Xperia XZ to Xperia XZs? First and the most probably significant difference is the camera: it is 19 megapixel motion eye camera which is down from 23 megapixel that was on XZ and prior Sony phones, but we all know that megapixels aren’t everything when it comes to image quality and this reduction in megapixels means you’re getting bigger pixels in return for better low light performance. The camera is fast to launch, fast to focus and snap photos, the predictive hybrid autofocus is a fantastic feature to capture moving subjects, and Sony has kept a dedicated camera shutter button which is just as handy and useful as it’s always been. The photos coming from this camera are pleasant with plenty of sharpness and detail, great color reproduction that looks very natural and lifelike and excellent dynamic range. Very rarely did this camera overexpose or underexpose, and under low light it performs surprisingly well. Noise is kept to a minimum, and it doesn’t have any issues with maintaining a proper white balance or blowing out highlights which many smartphone cameras tend to do when shooting a low light. The front face camera is also exceptionally good and if you are a fan of selfies you’ve got a 13 megapixel camera that captures plenty of detail and really nice looking colors, and because of high megapixel count you got a lot more flexibility when zooming or cropping without huge loss of the quality.

The biggest story about this camera is actually what you can do within the video. You can record slow motion video at the ridiculous 960 frames per second and when you capture the right moment it can be pretty incredible and be a lot of fun to use. However, you can only record 960 frames per second for a short period of time and it has to be in a 720p resolution. The biggest problem with it being 720p is that you are dealing with the huge crop factor which deteriorates the quality and sometimes makes it hard to get exactly what you want into the frame, unless you are shooting outside or in a wide open area where you have the space to take a few steps back. Also, because you are shooting 960 frames you are dealing with very short shutter speed which means it doesn’t work well in low light.

The only other big difference between original XZ and XZs are the specs. It has the same Snapdragon 820 processor as the XZ but you now have 4 gigabytes of RAM instead of 3. Otherwise, the phone performs just as it should and although this processor is not the latest and greatest anymore, it’s still more than capable for opening apps, scrolling through web pages or playing games. 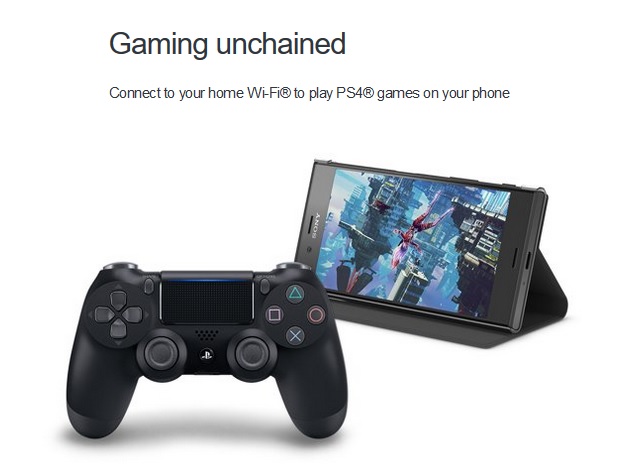 Sony software on top of android is also nice and light weight which gives you a very smooth experience. It’s running Android 7.1.1 with the usual Sony features like build-in theme engine, custom launcher, settings menu and wallpapers. Unfortunately, Sony still insists on shipping their phones with their own applications and other third party applications like Amazon Shopping and HBG protection. Otherwise, it’s a pretty clean experience and because this is running the newest software, you are also getting Google assistant right out of the box. The rest of the phone is pretty much the same if not completely identical to the XZ: it has the same dimensions, the same design with the metal back plate, plastic sides and the loop design which gives it more of a rounded look and makes Sony’s design feel more comfortable on the hand. It’s got the same 5.2 inch 1080p LCD display that is more vibrant, colorful, easy to see at direct sunlight and above and below display there are dual front-facing speakers that do sound pretty good but not as loud as expected, especially for a stereo pair. You’ve got other typical Sony features like micro SD card expansion, IP 68 dust and water resistance, and the fingerprint sensor embedded in the power button, but this is not available on the US version of the phone.

The Sony XZs features the same 2900 mAh battery as XZ which means the same battery life. It’s enough for full day of basic usage like texting, reading e-mails and social media, but don’t expect it to go anywhere near a full day or beyond that especially if you like playing a lot of games or watching YouTube for hours on end.

Sony Xperia XZ was not a bad phone, and neither is Sony Xperia XZ but 700 dollars is just not a good deal. And if you are coming from previous XZ, there aren’t enough changes to justify upgrading to the XZs. If you are just looking for a new phone or want a real upgrade from the XZ you are better off waiting for the more powerful XZ Premium as that one most likely will be worth your money.