Here is the quick comparison between Samsung Galaxy S8, optical one which is European model, and Xiaomi Mi 6.

There are 6 gigabytes of RAM on the Mi 6 and there are 4 gigabytes on the Samsung galaxy S8. Both have 64 gigabytes of storage UFS 2.0 and both have very quick processors.

Samsung galaxy S8 has not-so-traditional aspect ratio: longer screen, more usability and on-screen buttons. On Xiaomi Mi 6 there are capacitive buttons, which is good, and front-facing fingerprint reader. There is 1440p screen on the S8 and 1080p screen on the Mi 6. Both of these screens have very good brightness and it’s hard to tell the difference between both of them. They are both very good displays but the viewing angle on the S8 is just a little bit better, and overall it’s also a much brighter screen in direct sunlight. There are also deep blacks on Galaxy S8, which were obtained with the AMOLED panel. The camera on the rear on the S8 is 12 megapixels and has an F 1.7 aperture and 4k maximum resolution you can record. Also, there is 4k on the dual setup camera set up on Mi 6 which has two 12 megapixels sensors: one of them has a fixed two times optical zoom, the other one has for access optical image stabilization. It is a Sony IMX 386 sensor. 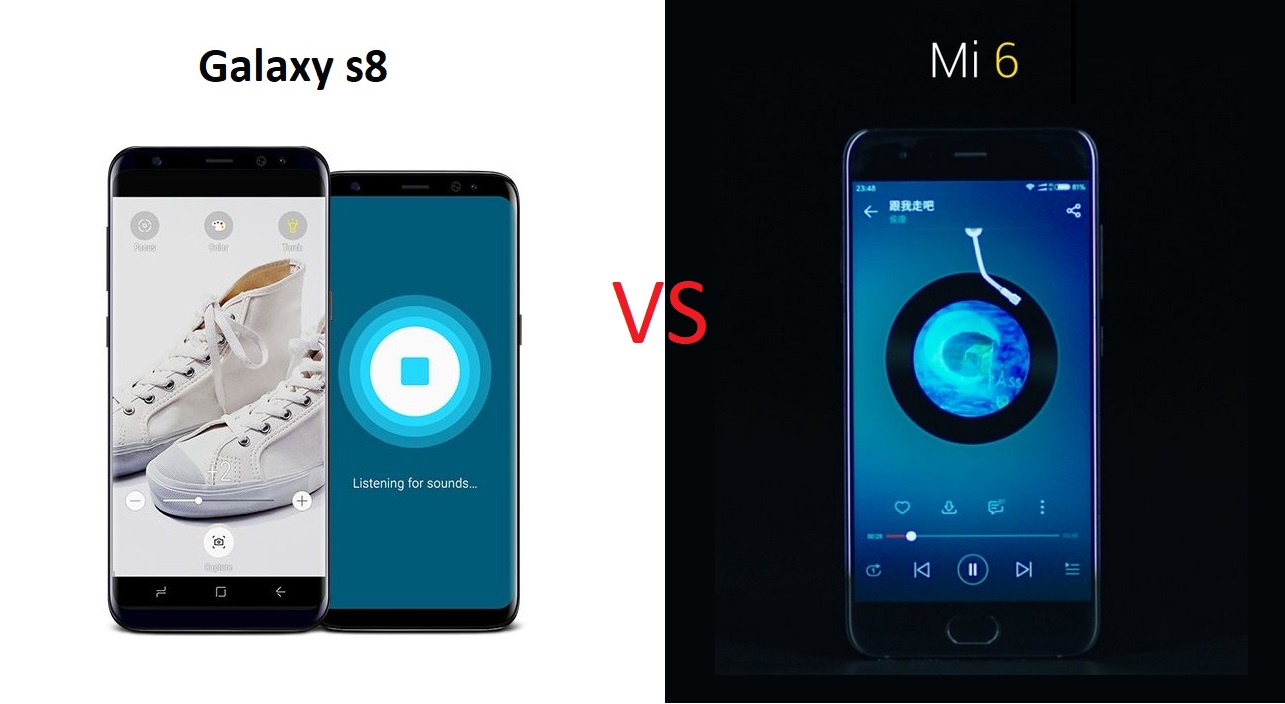 In terms of quality, the video quality comes out better on the Samsung. Between the two front-facing 8 megapixel cameras: Samsung is the winner but when it comes to the still quality between these cameras, sometimes the Mi 6 can actually take a more detailed image than Galaxy S8. They are waterproof and splash proof designs and they are solid well put together. The fit and finish on both of them is perfect and have type C ports on the bottom and fast charging. On Galaxy S8 there is one loudspeaker, but Mi 6 has two loudspeakers, one on the bottom and one built into the earpiece. 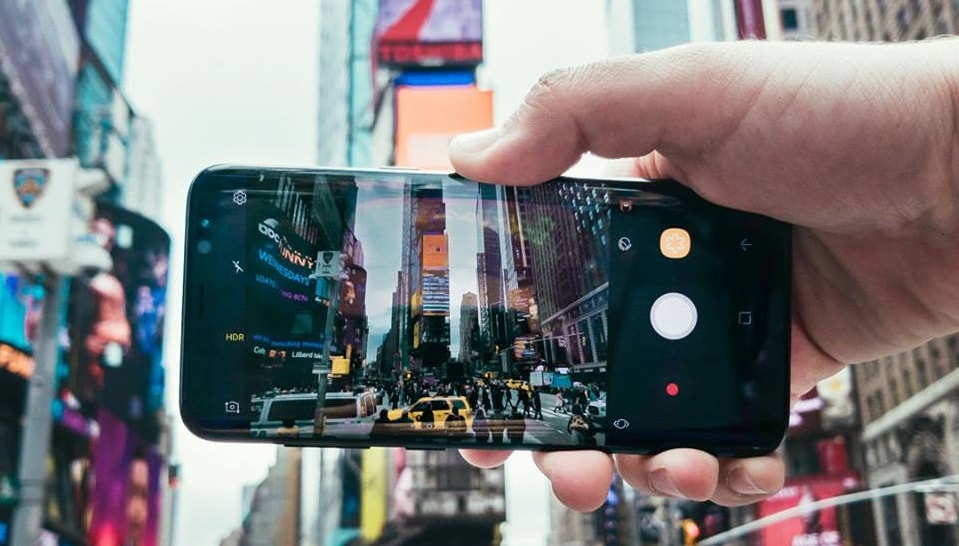 In terms of performance, both of these are similar, but there is a huge difference when it comes to ROM stability. Mi 6 is crashing a lot and it’s often unstable; it wouldn’t then want to actually run CPU at times and the whole phone is rebooted itself. The UI has also reset itself so the UI is completely unstable. Bixby on the Galaxy S8 is stable. Usually it is quick and snappy, however when you go to recent apps you do see some lag. Other than that it is an improvement over TouchWiz. Mi 6 has UI 8 and the performance of it is good apart from previously noted. Therefore, both of these aren’t really ideal.

Another thing Mi 6 has that Samsung does not is an IR transmitter at the top.

On to the benchmark. They’re very similar. This is Geekbench fourscore and it is almost identical with no real difference. The two-two scores are almost the same but the Mi 6 is a little bit faster; it gets slightly higher score when it comes to, actually everything there.

Now, internal storage speed: both of them have a FS 2.0 drives and they are really fast. The Samsung Galaxy one gets almost 800 sequential read, that’s faster than a lot of people’s SATA 3 SSDs 4k random reads and write on both devices. On to 4G speeds test: both of them get really quick speeds, Mi 6 gets the slightly faster speed. The same goes for wireless performance: both of these mobiles are able to achieve the full speed of line over wireless AC which is quite rare because it has to have a very good chipset to be able to do this. The range of these is also very good. The ignition of the camera seems to be a little bit faster on the S8, the speed test popped up faster on the Mi 6 and the ANTUTU was quicker on Galaxy S8. Geekbench loaded faster on the Mi6, and the game “Asphalt Xtreme” loaded faster on the Galaxy S8.

Don’t forget there is a huge difference in price between these two.