Our B2B search engine analyses the Internet and downloads company information to our online market intelligence platform. Here, our clients can size their market opportunity and export sales leads directly to their CRM, e.g. Salesforce, Hubspot and MailChimp. 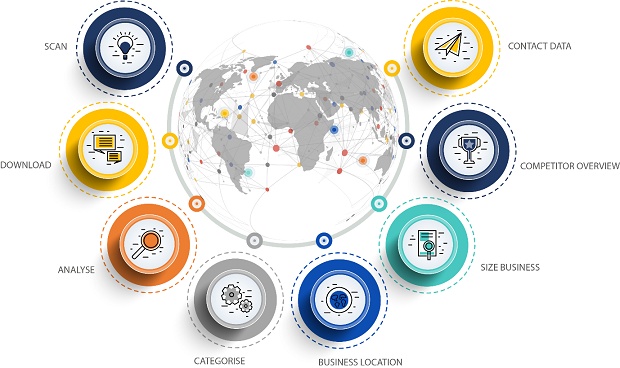 While the UK is the 3rd largest eCommerce market in the world, online sales account for just 17.6% of all retail sales. This is based on recent data from the UK statistics office. The number of empty high-street shops soared by more than 7,500 last year. Closures increased to 50,828, resulting in a 37% rise in net closures compared with 2018, the biggest in at least five years, according to the Local Data Company (LDC).

Large chains were hit the hardest, as Poundworld, Toys R Us & Maplin went into administration. New Look, Arcadia Group, Carpetright & Mothercare, meanwhile, were forced to seek legal agreements with their landlords to shut stores and slash rent bills. The future is the Internet with 95% of retail sales expected to be conducted online by 2050.

% Shopping within the last 12 months 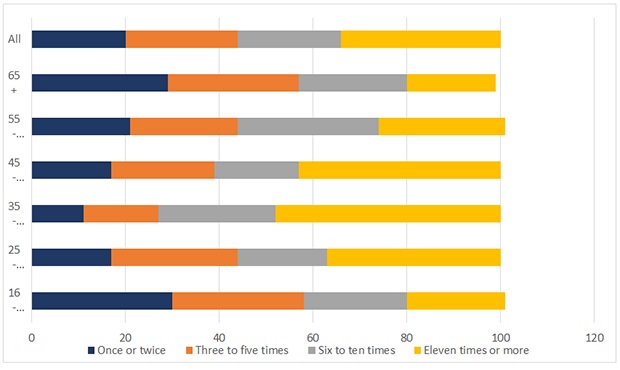 Spending power is greatest within the 35–55 year old bracket 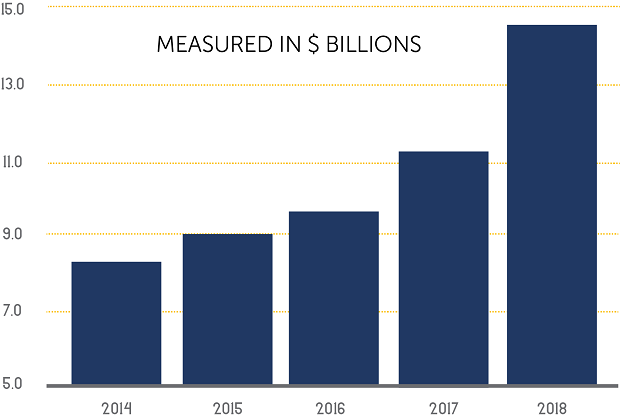 17% of eCommerce websites are built on customised platforms, with many of these being large merchants doing more than $20M+ in online sales. When acquiring these customers, the sales cycle is significantly longer as integration efforts are higher. Businesses need to consider a war chest and provide the merchant with a monetary inducement to complete the integration

Based on analysis of 267,975 sites that ship products, the following are the top companies chosen by UK eCommerce merchants to deliver their products 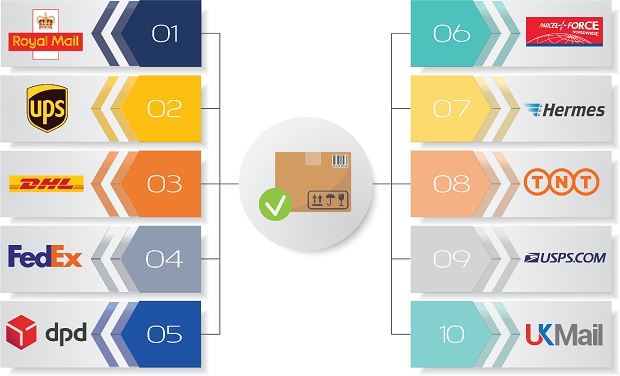 Many eCommerce merchants do not actually declare who the shipping provider is on their website. From our analysis, Royal Mail is the most popular shipping company used by eCommerce retailers in the United Kingdom. Following Royal Mail is UPS, DHL, Fedex and DPD…all non-English owned parcel companies. However, Amazon’s share of the UK delivery market has more than doubled since 2013, from 3% to 7%. In 2018, it delivered 20M more parcels than it did in 2017, and it now has a similar UK coverage to other, more established delivery firms.

Based on these 267,975 sites, here is the % breakdown of eCommerce merchants that provide the following services:

Roughly just 1/3 of eCommerce merchants in the UK offer free shipping to customers, and only 19% offer next day shipping. Amazon on the other hand, offers free delivery on many products over £20, and next day shipping for Prime customers.

Based on analysis of 278,049 sites where a payment company is declared on a website, the following are the top companies used by UK merchants: 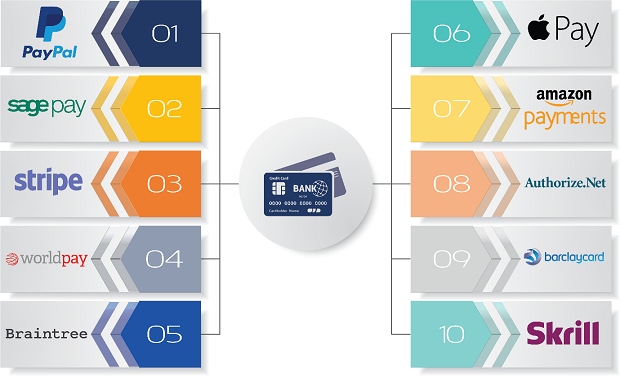 87% of all UK eCommerce merchants that declare payments on their website are using PayPal – this is a massive share of the market. Sage Pay, the second most popular payment company, accounts for only 7% of this market, with Stripe coming in third at 6%. PayPal has also just launched its first UK business debit Mastercard, offering business customers access to PayPal funds. As Mastercard is one of the most widely accepted cards in the world, PayPal’s UK business customers can now spend money from their PayPal account at over 45 million Mastercard acceptance locations worldwide 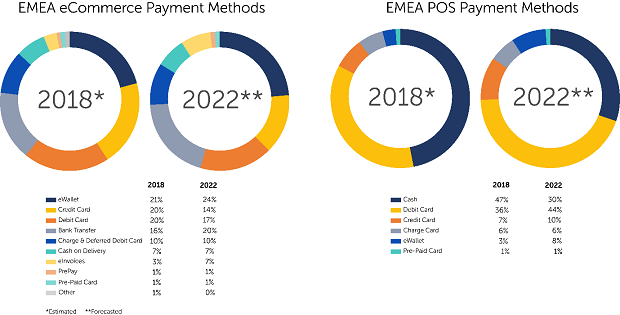 It is forecasted that by 2022, eWallet will overtake Credit Card as the most popular eCommerce payment method by at least 10% (source: WorldPay report).

Mobile commerce accounted for well over half (58.9%) of the more than $2.3 trillion in global eCommerce sales in 2017. This is a 40.3% increase since 2016 . In the UK, the world’s third-largest mobile commerce market, it is expected to be worth £243.7 billion by 2022, a rise of 55% e-wallets such as Alipay & WeChat Pay are set to become the most popular digital payment method in the coming years. 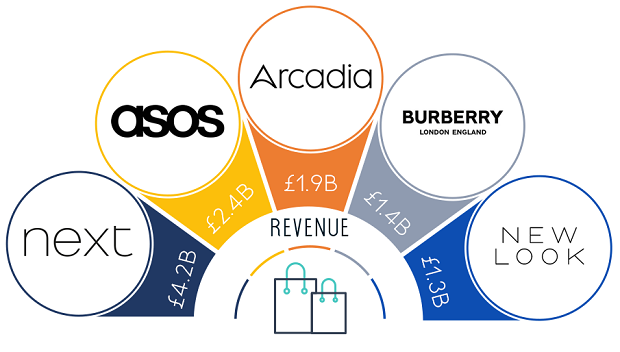 Retailers invariably don’t declare a breakdown between their online & instore revenue. However, as ASOS has no physical presence, we know that its £2B online turnover is 100% accurate. It’s likely that they are in fact the biggest player in online fashion sales.

Despite being one of the most well-known UK dept. store brands, House of Fraser has fallen completely by the wayside due a lack of effort with online trading opportunities. Only £25M was invested in its online presence in 2018, while John Lewis has invested £500M in eCommerce. In 2018, House of Fraser was acquired by Sports Direct.

Despite online food ordering becoming a ubiquitous activity, it remains dominated by 3 key players (Just Eat recently acquired Hungry House). It’s unknown whether US companies such as GrubHub & ChowNow will attempt to penetrate the UK market. 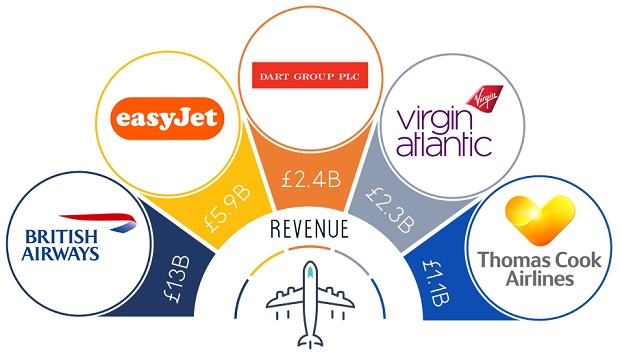 More than 165 million passengers flew with 16 UK based airlines in 2018. 4 out of the 5 top ranking companies are all owner operated airlines (Dart Group PLC controls Jet2.com).

Many of the top performing train sites are controlled by a handful of parent companies, and these franchise owners control the majority of the rail network in the UK. For example, First Group operates major companies such as Great Western Railway and TransPennine Express. 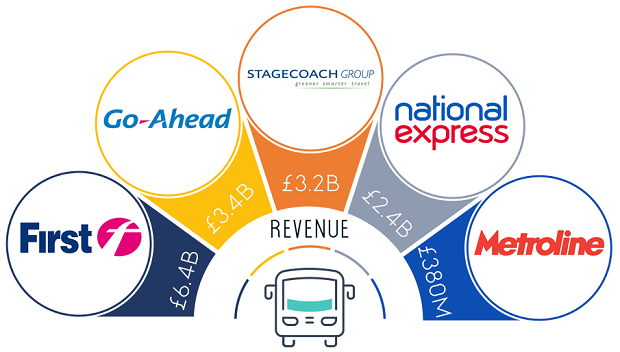 There were 4.4 billion passenger journeys on local bus services in 2017/2018. However, based on an analysis of 5 major UK airports, on average, only 11% of passengers travel to the airport by bus/coach. Rail is consistently more popular. 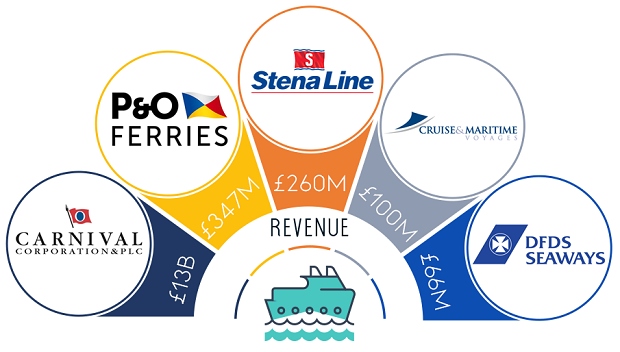 Similar to trains, only a small number of companies control many of the most successful UK Ferry websites, generating nearly £14 billion in revenue between them (Carnival PLC makes up 94% of this figure). 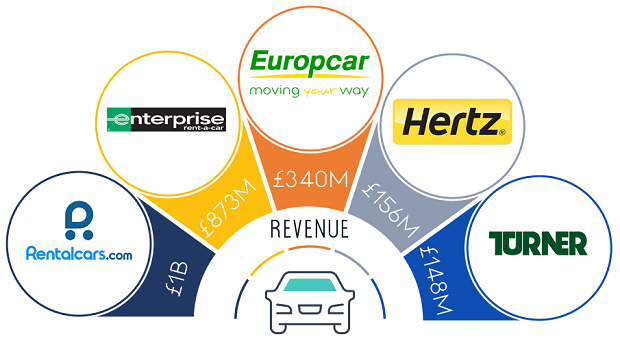 TravelJigsaw Limited (operating as Rentalcars.com) amassed £1 billion in turnover during 2018, despite controlling a significantly less number of websites than Enterprise Rent-A-Car.

According to the 2018 ABTA report, 26% of Britons holidayed in the UK last year; the uncertainty of Brexit has resulted in many opting for ‘staycations’ instead of going abroad. The ABTA report also stated that 81% of bookings in 2018 were made online. 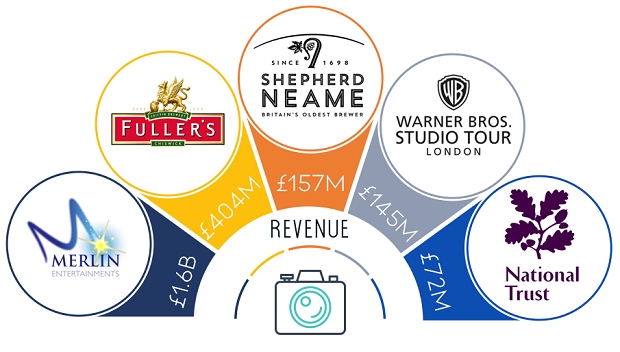 Two of the most profitable attractions in the UK are breweries: Fuller’s & Shepherd Neame. However, Merlin Attractions, which operates several of the largest theme parks (Thorpe Park, Alton Towers, Legoland, etc.) had the highest turnover in 2018 of £1B. 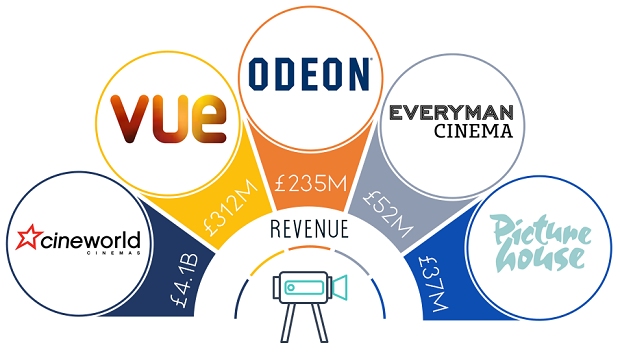 UK Cinema admissions reached 177M in 2018 (successful for a World Cup year), with the market size estimated to be worth over £1B. >50% of this industry is managed by multiplexes, however there is a strong independent market with over 2K cinemas in the UK.

The average attendance at Premier League football games in England during 2018/2019 season was 38,168. The majority of sporting clubs do not display turnover breakdown, therefore the above figures represent only matchday income – i.e. tickets and hospitality packages.

Travel agents/operators generated approx. £33 billion during 2018, accounting for 40% of all holidays booked in the UK. However, they also claimed the summer to be a ‘challenging season’, as the result of a record-breaking heatwave across the UK. 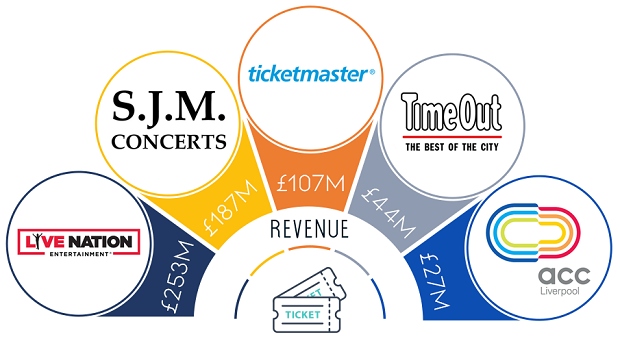 The British events industry is currently worth about £42 billion. Purchasing event tickets online is most common among the 16-44 age demographic, with 51% of individuals within this group having made event ticket purchases online in 2018. 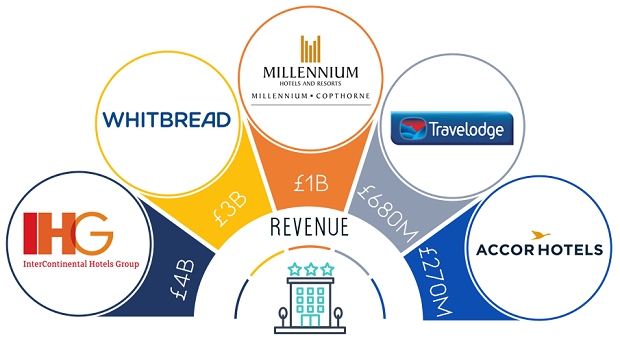 There were 38M overseas visits to the UK in 2018. The biggest hotel brand is Premier Inn, owned by Whitbread (worth £3B). However, IHG which owns Holiday Inn, Intercontinental Hotels, Crowne Plaza, etc. is the market leader with £4B in turnover

•2019 will certainly be a challenging year for retailers. Already, there has been a decrease in consumer confidence, according to market intelligence company GFK – expectations for the general economic situation over the next 12 months have decreased four points to -33; this is eight points lower than June 2018

•The UK is due to leave the EU on October 31st, which is the height of the eCommerce season; 60% of online sales are made in the last 3 months of the year

•Brexit represents a significant risk to the growth of eCommerce, as consumers are increasing their savings to mitigate against the risk of a hard Brexit, and transport companies await government decisions on duties & tariffs

•If the UK is to continue with no deal, WTO tariffs and new custom procedures will significantly slow down growth for major companies like Amazon, ASOS and others