Below is our recent interview with Amir Jirbandey, Growth Lead at Papercup: 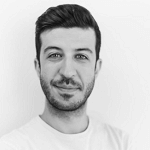 Q: Could you provide our readers with a brief introduction to Papercup?

A: Papercup was founded in 2017 by Jiameng Gao and Jesse Shemen with a mission to make all the world’s videos watchable in any language. Using state-of-the-art machine learning, Papercup has created an AI system capable of translating people’s voices into other languages. The delivery is indistinguishable from human speech and can also retain characteristics of the speaker’s voice. Papercup empowers content owners such as Sky News and Yoga with Adriene to reach global audiences eager to watch videos in their native language which they couldn’t access before. The London-based startup has raised over $14 million in funding to date, with backers including leading venture funds LocalGlobe, Sands Capital Ventures, Guardian Media Group Ventures, Entrepreneur First and BDMI as well as media leader Sky (now owned by Comcast). 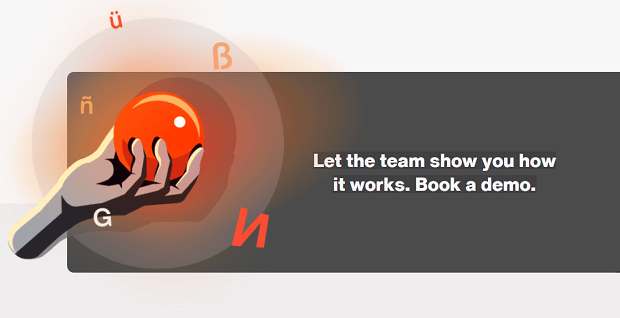 Recommended: Xeropan Teaches English Through An Intuitive GAME Powered By The Most Advanced Artificial Intelligence

Q: How can your software help media companies or education providers?

A: Most of the content we access on digital platforms – literally 99% of it – is shackled to a single language. Yes, you can watch Stranger Things in Hindi and French, amongst a handful of other languages, but there are 50 languages in the world with 20 million or more speakers. How many of them are accommodated for? If even Netflix, one of the deepest pockets in Hollywood with a propensity to spend and challenge barriers, can’t dub most of its titles into more than 10 languages, then surely the vast majority of all content owners face a near-impossible task.

The reason the problem has never been sufficiently addressed is simple: quality dubbing is prohibitively expensive. It can cost up to $10,000 per hour per language (and sometimes more for select languages and voice artists), leaving it uneconomical for everyone other than the wealthy studios. To be clear, I don’t direct any blame whatsoever at the dubbing industry. If anything, it’s only because of the talented voice actors and agencies behind these mammoth projects that iconic titles like Toy Story and Avatar can be watched across the globe. We have a lot to be thankful for.

Another issue is that the very process of dubbing is inherently lengthy and time-consuming. It requires multiple cycles of script translation, hiring of voice artists, booking of studios, and editing and mastering of the final output (and I’m grossly simplifying the process as people far more knowledgeable than I am have told me). Technology to date, pioneered by the likes of Deluxe and Zoo Digital, has certainly helped with the project management of the sprawling process, but it hasn’t led to a step-change in scalability. Dubbing in its current form is therefore severely restricted in what it can accommodate for, leaving billions of hours of content only accessible in a single language.

Now when it comes to smaller outfits than Netflix, they have a few options to reach a global audience by localizing their content. This is where Papercup enables content owners from Media companies to Education providers to reach a global audience by simply translating their existing content. They can do this for the first time, at scale and a price-point that helps them realise a healthy return on investment.

A: The round was led by LocalGlobe and Sands Capital Ventures, alongside Sky, GMG Ventures, Entrepreneur First, and BDMI. The company’s existing angel investors include William Tunstell-Pedoe, the founder of Evi Technologies (acquired by Amazon to create Alexa) and Zoubin Ghahramani, Former Chief Scientist and VP of AI at Uber, and now part of the Google Brain leadership team. Armed with this new support, the company will invest further into machine learning research and will expand its human-in-the-loop quality control function, which is used to improve and customise the quality of the AI-translated videos.

Founded in 2017 by Jesse Shemen and Jiameng Gao, Papercup has created an AI and machine learning-based system capable of translating people’s voices and ways of expression into other languages. The result is indistinguishable from human speech and can retain unique characteristics of the speaker’s voice. The product is simple, yet powerful: video content producers upload their videos, specify the target language, and receive a translated version with a synthetic voiceover identical to human voices.

This revolutionary technology is enabling media giants such as Sky News, Discovery, and YouTube stars Yoga with Adriene and DIY Creators to expand their audience globally. Over the last 12 months alone, over 80 million people have watched videos translated with Papercup’s synthetic voices.

Q: What’s the best thing about Papercup that people might not know about?

A: The people that work behind the scenes. At Papercup we have a very genuine and caring culture that drives us to make our solution bigger and better and reach more content owners with it. We’re hungry for learning new things and pushing the boundary of what’s currently possible. I don’t think there’s anyone in the company that doesn’t like Mondays. 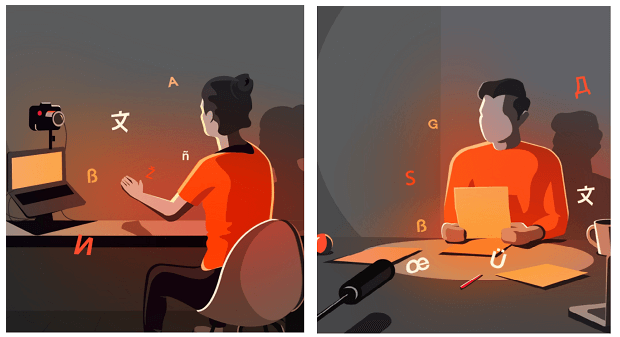 A: We’re rolling more languages to help content owners reach even more people globally. Our team is fast growing with the brightest talent and we’re very excited to be bringing onboard a bigger variety of customers, from content creators in Sports, to broadcast entertainment shows. We’re on a clear path to make the world’s content accessible to anyone and never restricted by the language barrier.