To learn more about Open Invention Network, we sat down with their CEO Keith Bergelt: 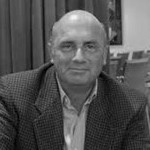 Q: Hi Keith, it’s great to speak with you again. Could you quickly provide our readers with a brief refresh about Open Invention Network?

A: Thank you for the opportunity to discuss Open Invention Network (OIN). OIN is a patent non-aggression community of more than 2,400 corporate participants and, as such, it is the largest such community of its type in the history of the technology sector. OIN exists due to the leadership of Google, IBM, NEC, Philips, Red Hat, Sony, SUSE and Toyota who explicitly recognize the ubiquity of software and the shift to collaborative, project-based innovation that open source software development represents.

In parallel with the collaborative technology development model ushered in by open source, OIN is a collaborative enterprise that uses a cross license to enable patent peace in core technologies and support innovation in Linux and other particularly important open source projects. By leveraging a portfolio of more than 1,300 strategic global patents and applications which it makes available on a royalty free basis via license, OIN provides a defensive deterrent to patent aggression in the core. While OIN’s patent portfolio is of considerable value – on the order of hundreds of millions of dollars – any person or company can gain access to OIN’s patents for free so long as they agree to cross-license their Linux-related patents to all other OIN licensees and refrain litigating such patents. A licensee also receives royalty-free access to the Linux-related patents of the 2,400 other licensees via the cross-license.

Q: What’s the best thing about Open Invention Network that people might not know about?

A: At the heart of the OIN community is OIN’s powerful cross license. In essence, a licensee is agreeing to support patent non-aggression in the core of Linux and adjacent open source project technology and can do so even if it has no patents of its own by becoming a signatory to the royalty-free license OIN.

While the patent cross-license is clearly the core driver of OIN’s mission, OIN also aggressively pursues a set of active defensive measures via its procompetitive platform. To combat the anti-competitive behaviors of operating company patent antagonists seeking to assert/litigate patents to hinder core Linux and open source development, distribution and use, OIN maintains a portfolio of strategic patents that have and will continue to be deployed to discourage antagonistic behavior. OIN also takes full advantage of the America Invents Act-authored measures to reduce poor quality patents and applications and the risks associated therewith – be those patents/applications be held by operating companies or non-practicing entities.

Q: You are moving in the direction of adding protection to the Internet-of-Things (IoT), could you tell us a bit more about that?

A: As Linux and open source has grown, the Linux system or definition of what Linux-related functionality means has expanded to include new functionality in many new projects covering mobility, cloud, enterprise, security, networking, among others. It is accurate to say that as Linux development, distribution and adoption have grown, our need to protect a wider swath of technologies has become critical. Given that the largest operating system platform in the internet of things (IoT) is Linux, it is a natural extension for OIN to expand the scope of non-aggression under the OIN license to include IoT via inclusion of core technology from Linux Foundation and other IoT projects. In fact, because of the pervasiveness of Linux kernel code and its reuse to support new platforms such as IoT, OIN is already protecting those OIN licensees who are adopting a significant amount of code for IoT applications. Over time, OIN’s focus on protecting core IoT code will only become more acute. 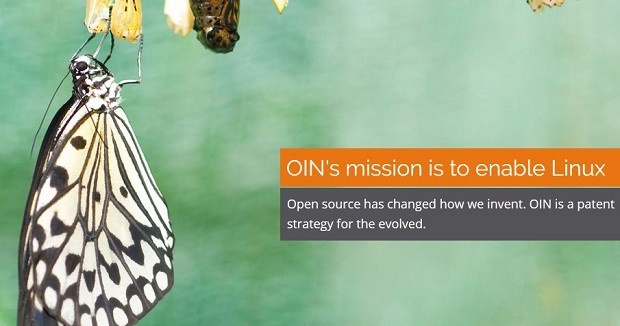 Q: You and Hitachi have announced that Hitachi is joining the OIN community, what is the implication for IoT?

A: As an innovation partner for the IoT era through what it calls its advanced Social Innovation Business that leverage operational technology and IT, Hitachi is demonstrating its commitment to open source software as an enabler of innovation across a wide spectrum of industries. Hitachi was an early and enthusiastic supporter of open source. It helps businesses modernize their industrial applications with technologies that rely heavily on Linux and embedded Linux, like IoT. Given its substantial patent holdings, we are pleased that Hitachi has recognized the importance of participating in OIN as part of its IP strategy.

A: We see four very strategic areas where Linux and open source continue to become the critical, foundational technologies in key vertical industries – IoT, blockchain, intelligent automotive platforms and network function virtualization (NFV). Through our continued patent acquisition, deterrence against patent aggressors and community growth initiatives, we look to ensure a fair playing field for open source technologies like OPNFV/ONAP, Automotive Grade Linux, Open Container Initiative, and Hyperledger. Our overarching goal is to ensure continued collaboration and innovation in these technologies, ultimately strengthening the marketplace through the unhindered development and sale of the best products and services.