Open Invention Network (OIN) is marking its 15th birthday. For 15 years the organization has protected the Linux and open source software (OSS) community from patent risk. OIN’s efforts have enabled businesses and organizations to confidently invest their resources to develop, integrate and use OSS, safeguarding them from patent risk in core Linux and adjacent OSS technologies.

Since its founding in 2005, OIN has grown to be the largest patent non-aggression community in history with over 3,300 participants. Since its founding, OIN’s community has experienced a compounded annual growth rate (CAGR) for licensees of more than 50%, and the OIN community in total now owns more than 2.6 million patents and applications. Additionally, OIN provides royalty-free access to its strategic portfolio of more than 1,300 worldwide patents and applications. 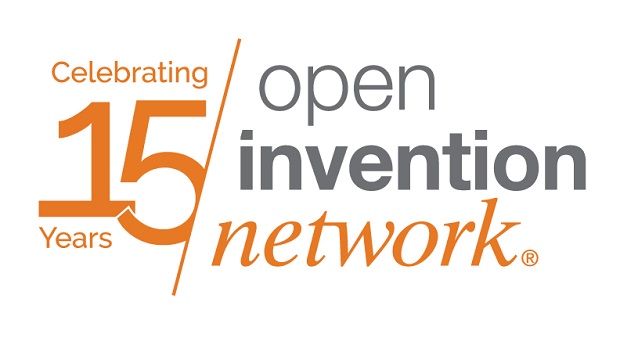 “Freedom to participate in open source projects and adopt Linux and other open source code has been enabled through broad based participation in the OIN cross-license, which has become a litmus test for authenticity in the open source community,” according to Keith Bergelt, CEO of Open Invention Network. “Joining the OIN community demonstrates an explicit recognition among signatories of a commitment to open source technologies and the set of norms required around the appropriate use of patents in an increasingly open source-centric world. Companies that do not sign the OIN license and refuse to participate in this rapidly growing community are explicitly or implicitly reserving the right to use their patents to litigate on core Linux and OSS functionality.”

“Google has been a proud member of OIN since joining the community in 2007. Linux and adjacent open source software power the cloud-based services of today and tomorrow,” said Chris DiBona, Director of Open Source at Google. “Throughout, OIN has been there to ensure that open source remains safe for users, consumers, and developers alike to consume and upon which to build.”

“Since its inception 15 years ago, OIN has provided unprecedented protection to enable the incredible growth and adoption of Linux and other related open source software around the world,” said Ken King, General Manager, OpenPower at IBM. “As the OIN community has grown to over 3,000 members and the Linux definition has matured, that protection has only grown stronger. IBM and Red Hat have been two of the leading proponents and drivers of Linux and open source software for over 20 years and have been founding members of OIN since its inception. Today, IBM and Red Hat continue to share with OIN a deep and unwavering commitment to scale Linux and open source innovation providing flexibility, choice and leadership for the industry.”

The scope of patent non-aggression between OIN community members is defined by OIN’s Linux System definition. It has evolved to include nearly 3,400 software packages, which is three times that which was covered at its launch in 2005. This ensures freedom of action in global open source projects and technology platforms including Linux, Python, GNOME, SUSE, X.org, Perl, Fedora, Android, Hyperledger, Open Stack, Apache, Avro, Kafka, Spark and Hadoop; Automotive Grade Linux (AGL), Robot Operating System (ROS), KDE Frameworks, Eclipse Paho and Mosquito, among many others.

In addition to its historic focus of limiting operating companies antagonistic to Linux and OSS from using patents to slow or stall OSS development, OIN has worked with numerous community members to either eradicate patent aggressors’ lawsuits or enable members to settle disputes cost effectively. As patent risk has evolved to include patent assertion entities (PAEs), OIN has shifted a portion of its focus and partnered with IBM, The Linux Foundation, and Microsoft to fund the first anti-PAE program – Unified Patents’ Open Source Zone – designed specifically to limit the effect of PAE aggression directed at the open source community.