Founded in 2016 norbloc focuses on regulatory applications leveraging the power of blockchain technology. The company’s flagship product is a KYC solution allowing customers of financial institutions to create a KYC file with one bank and then carry that file, together with the bank’s validating stamp, between financial institutions. Hence, they eliminate duplication of efforts both on the customers’ and banks’ sides. Additionally, they allow banks to monetize on their KYC validation work as they can elect to charge a fee for 3rd parties using their KYC validating stamp on a customer file.

Below is our interview with Astyanax Kanakakis, CEO & Co-founder of norbloc:

Q: You’ve recently announced $1.6 Million Seed funding round; could you tell us something more?

A: That was a process we started in May last year and closed beginning of Autumn. The round was led by marathon VC, a fund led by entrepreneurs with deep technological knowledge. It also includes well known investors such as Digital Currency Group, a fund focused on blockchain technology companies. We could not have been happier with the investors we got on board as they bring very strong knowledge of the subject matter but also extensive experience on how to build and grow a B2B company that works with financial institutions. Adding to that experience will be our newly formed Advisory Board, which includes previous members of Executive Committees of top tier European banks and founders of KYC solutions for companies such as Thomson Reuters.

Q: Tell us something about your blockchain platform?

A: The Fides KYC platform allows users to onboard financial institutions using a digital workflow with APIs to public data sources, e.g. company registries, and electronic ID platforms, such as BankID in Sweden. Once a customer KYC file has been validated by a bank, the customer can share his/her file with other financial institutions or obliged entities. If any information changes in the meantime, notifications are sent to all parties with access to that information, allowing up-to-date data to be held across platform participants. As an additional features, the platform allows banks to monetize on their validation stamp as they can elect to charge a fee every time another company uses it when reviewing a customer.

The platform leverages blockchain technology as well as a distributed database of proprietary design as holding actual customer data on the blockchain itself creates legal and operational challenges.

A: Fides was designed with input from Heads of Compliance departments of top tier European banks and Treasurers of large Corporates. Its back-end architecture is based on input delivered by one of the biggest law firms in Scandinavia in order to ensure compliance to all relevant regulations, e.g. GDPR. It is that high level of usability and feature design, coupled with meticulous attention to legalities around KYC and personal data that makes our platform stand out in the market. It is currently one of the most complete and production ready platforms available based on blockchain architecture. 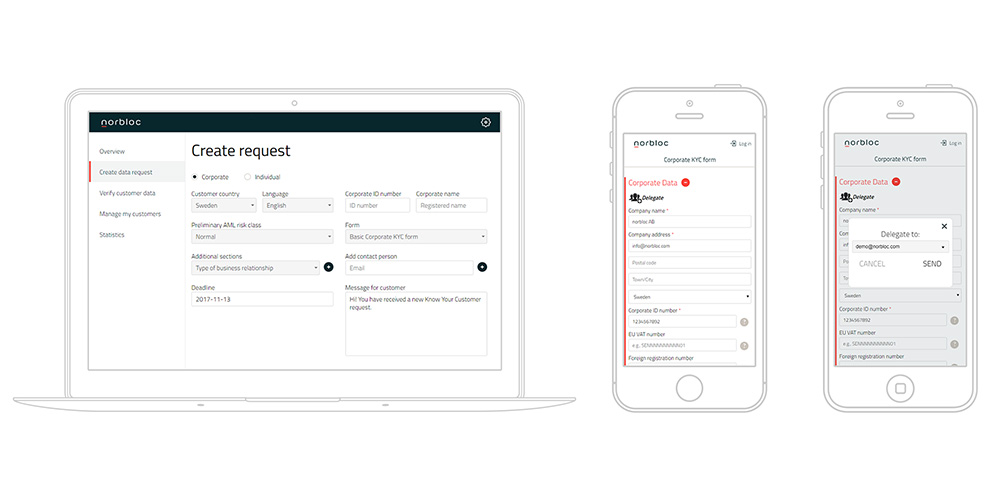 A: We are currently working closely with top banks and regulators in Europe and M. East. Following successful testing of our solution by a number of institutions, we are planning to take the platform into production in selevct jurisdictions in the first half of 2018. Towards the end of next year we will also be looking into expansion in markets such as the US, given the high focus of authorities in that region around KYC and the large size of the market. Additionally, we will be launching additional features on the KYC platform but also products that revolve around financial regulation. I am afraid I cannot disclose more now but I promise that they will be revolutionizing the way banks operate today. Its a high ambition but why settle for less!