Below is our recent interview with Mihai Ivascu, CEO and Founder of Modex: 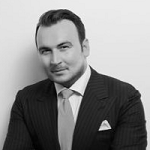 Q: Could you provide our readers with a brief introduction to Modex?

A: A few years ago, our team of developers, IT security and banking professionals has identified blockchain as the next, big thing – a revolution in the digital world. That’s how the idea behind Modex took shape. With this new project – it’s worth mentioning that we already had launched the money transfer and chat app Moneymailme, which has been well-received by users – our goal was simple: to facilitate the adoption of blockchain technology through a Smart Contract Marketplace and app ecosystem that allowed for easy, user-friendly access to smart contracts.

Launched in 2017, Modex made deployment of audited and secure smart contracts significantly easier, faster and more cost-effective, speeding up blockchain adoption. Thanks to the software solutions it brings to the industry, Modex aims to make blockchain ‘invisible’ and as easy-to-use as the Internet, for companies and developers alike. At the end of the day, people will benefit from the advantages of blockchain without knowing the inner workings of this groundbreaking technology.

Q: What are the advantages of using Modex?

A: We are promoting the adoption of blockchain technology and we strongly believe in a future built around blockchain. Modex offers fully integrated services designed to solve the last mile adoption problem of the blockchain and aims to make blockchain user-friendly for every single device or person. The aim of Modex is to provide, on a global scale, a wide portfolio of apps that use the revolutionary blockchain technology, bringing together DApps developers and their business clients. Developers can sell their solutions through Modex Marketplace, while companies can buy them directly or require custom-built apps tailored to their business needs. The innovation behind blockchain technology lies in its versatility, which makes it suitable for various industries: healthcare, the voting system, database management, financial industry and many others. Blockchain technology has the edge when it comes to fast and transparent transactions, removing the need for middlemen.

Moreover, our latest product, Modex Blockchain Database (BCDB), which brings several world firsts, is aimed at the enterprise sector. Developing and launching Modex BCDB was the next logical step in our company’s evolution. Making blockchain adoption easier for end-users and companies has been in our DNA since day one. Modex BCDB enables enterprises to deploy their first blockchain project in days instead of months. While blockchain solves a number of complicated issues related to security, auditability, and others, long development timelines and large consulting fees have remained major barriers to blockchain adoption. By simplifying the way enterprises can deploy blockchain technology, Modex BCDB enables them to get up and running with blockchain projects in days instead of months, and at a price point that small and mid-level enterprises can afford.

Recommended: Nuweba Enables Organizations To Reap The Benefits Of Serverless, Without Compromising On Security, And Performance

Q: Can you give us insights into your products?

A: After having identified the blockchain-related needs of end-users and companies, our development team came up with the Marketplace, Developer Tools and IDE. With a variety of smart contracts to choose from (193 at the moment), Modex Marketplace is the best place to find the software product you need. Built by developers for developers, Modex Dev Platform offers Git integration, project repository, issue tracking, project documentation, and collaboration tools. Thanks to TestNet Block Explorer, developers can discover blocks, transactions and additional information about blocks. Built for a complex and stable blockchain infrastructure, Modex IDE is another important feature as developers can use it in order to build, test and deploy smart contracts or DApps.

Coming back to Modex BCDB, we’re talking about a new take on blockchain technology which removes the need to invest resources in blockchain training and facilitates fast adoption of the technology in businesses. Our BCDB solution is a middleware that fuses a blockchain with a database to create a structure which is easy to use and understand by developers with no prior knowledge in blockchain development. Modex BCDB doesn’t work by deleting the existing database or data entries. The database is maintained intact throughout the process, data integrity is ensured by calculating the metadata of the records and storing it on the blockchain. With our solution, clients are able to set up a network, regardless of the type of database employed.

Q: Do you see blockchain technology as a global game changer and why?

A: Without doubt, blockchain is a game changer on the global scale! This innovative technology has the potential to disrupt many industries. In some cases, the ‘revolution’ has already begun. To name just a few of the industries which blockchain can reshape: transportation (automotive, airlines and airports), the shipping industry, healthcare, voting system, public administration, education, supply chain, land and property registry, combating counterfeit good and deepfake, and many more.

I am proud to report that Modex already has more than 50 implementations on the global scale, with 6 of these in Romania, where our core-team of programmers is based. We are now seeing a shift from the Internet of data to the Internet of value. I believe that in the next 10 years we can speak about blockchain as something normal. Gradually and surely, this technology will evolve from its current state and will be embraced by many more companies once they learn how to harness its huge potential. 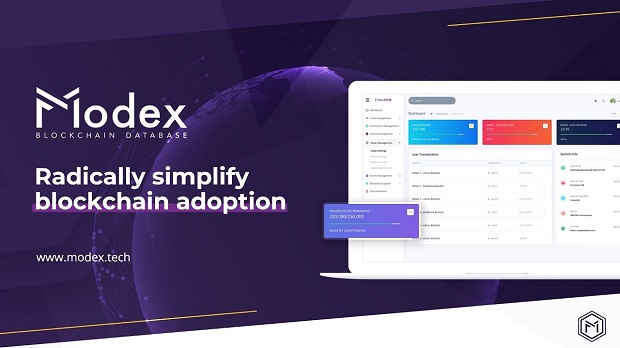 Q: What are some of the main objectives for Modex going into 2020 and how do you plan to achieve them?

A: Next year we will continue to develop our main product, Modex BCDB, so that it would support integration with any type of database on the market. This layer of flexibility can prove invaluable to a consortium network, where multiple companies can synchronize their databases, without requiring to change their database providers. We’ve recently opened our newest office, in Silicon Valley. Given that innovation runs in our blood, it’s no secret that our Research and Development teams are currently exploring new technologies. For us, it’s not a question of how we will reach our objectives, but when, and I’m sure that in 2020 we will make new tech announcements, so be sure to keep an eye on us!

Until now, we’ve managed to offer blockchain solution to our clients without them having to know blockchain, and 2020 will be the adoption year for Modex. We are also preparing integration with big tech companies, and 2020 will bring some partnerships which will honors us, but will also oblige us to deliver. Moreover, the interest shown for the adoption of blockchain technology through BCDB has been overwhelming, so we had to reconsider the sales target and enlarge our developer, as well as customer support and sales departments. By accomplishing all these, in 2020 we will get closer to our long-term objective: to become the first unicorn amongst blockchain tech companies on the market.