Below is our recent interview with Mike Szudarek, who leads the Automotive Public Relations practice at Marx Layne & Company.

Q: What has been the public’s general response to the arrival of autonomous vehicles?

A: Since the turn of the century, technological advancements have increased exponentially. As a variety of households items have become automated, the word autonomous has become synonymous with convenience.

Looking to the auto industry, these are exciting times as companies are evolving into more tech-savvy organizations than they have ever been in the past — as autonomous vehicles come closer to reality.

However, despite the host of obvious advantages, polling shows that autonomous vehicles don’t seem to be trusted among consumers. In 2019, nearly two-thirds of Americans say they would not buy a fully autonomous vehicle.

Q: What is the main roadblock for consumer acceptance of autonomous vehicles, and how can the industry overcome?

A: Control is the biggest issue people have with self-driving vehicles. People like the idea of being in control. Regardless of how unpredictable some outcomes can be (i.e. accidents), there is a certain sense of security a person feels when they’re in control of the task at hand. Taking that away makes them feel vulnerable and more susceptible to potential risks they believe they could prevent if they were in control.

At the end of the day, it is abundantly clear that sizable public relations challenges exist for manufacturers. Chiefly, they must persuade consumers to give up day-to-day control of one of the most expensive and emotional purchases (besides their home) they will ever make, and this will certainly be a challenging and complex task to accomplish.

Q: How important is security in the development of autonomous vehicles?

A: Security is another major concern that automakers will need to address before there is mass acceptance of autonomous vehicles.

As technology advances, security does tend to follow suit; but it offer happens at a slower pace. Even with the brightest engineers in the world, forecasting every risk might be impossible. Preventing security breaches into the vehicle system to obtain information such as personal data, or even location, are going to weigh heavily on even the most tolerant consumer’s mind — and understandably so.

Q: What other key issues in autonomous vehicles should automakers focus on to gain the public’s trust?

A: There are other concerns that will need to be addressed in autonomous vehicles before a true acceptance by the public. For example there can be ZERO bugs allowed when these AVs hit the street. Unlike a phone, which might need some kinks in the software worked out after launch, any errors on the self-driving car could lead to catastrophe, so stringent testing approval processes are needed.

Another factor to consider is motion sickness, which may be an issue for some people when using self-driving vehicles. Efforts must be made in the design to limit this impact on passengers in the self-driving car.

Financially, the math has to work for consumers. If the extra cost of buying an AV does not add up to being worth the expense once depreciation is taken into account, consumers will stick to non-AVs for as long as they can. So in addition to automakers’ engineers having to perform at the top of their game, the accountants will have to play their part to make the arrival of AVs a true success on a grand scale. 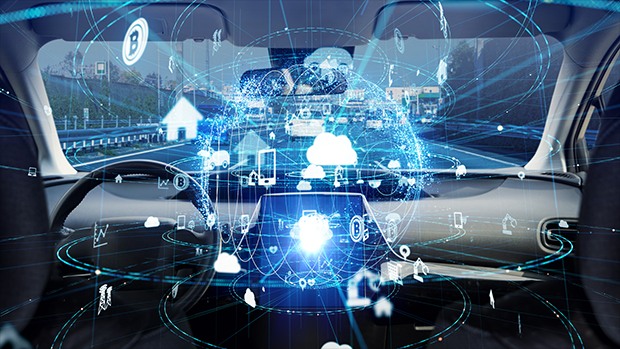 Q: What are some potential benefits of autonomous vehicles that consumers may not be recognizing?

A: With the thought of autonomous items paving the way for increased productivity and convenience, it is only natural that this logic be applied to vehicles. After all, think about how much more you could personally achieve throughout your day if you could complete various tasks during your commute.

Aside from adding value during a person’s commute, there also is potential for a variety of advantages. These might include lower insurance costs, reduction in car related fatalities and potentially faster travel times, just to name a few.