Below is our recent interview with David Buck, Owner of Simberon: 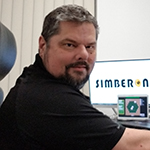 Q: Could you provide our readers with a brief introduction to Simberon?

A: In the mid-1980’s, I wrote a freeware ray tracing program called DKBTrace later to become POV-Ray. It could take a text description of a 3D scene and render it as a picture with proper lighting, shadows, reflections and refractions. The thing I loved most about that project was receiving pictures that talented artists created using the program.

I loved the idea that technology could be used to create beautiful art. So, in 1994, I founded Simberon as a company that fuses art and technology. The name comes from a fusion of the two words “silicon” – an inorganic substance used to create technology, and “amber” – an organic substance used to create art. The name symbolizes the fusion of art into technology. For most of Simberon’s existence, we’ve focused on software consulting specializing in the Smalltalk programming language. We’ve had several projects, however, which aim to merge art into the technology. The latest such project is our mobile game Sea Turtle Rescue for iPhone, iPad and Android devices. The game itself is written in the Smalltalk programming language while the artwork and animation is created by professional animators and graphic artists. 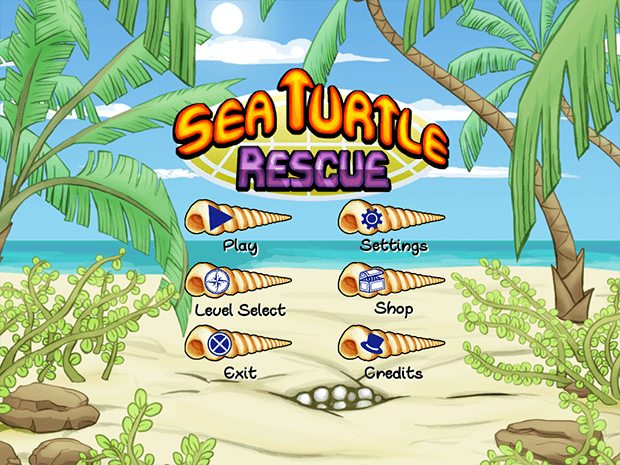 A: Sea Turtle Rescue is a single-player puzzle game that runs on iPhone, iPad and Android devices. It features 244 levels of puzzles divided into
9 series. It’s one of the few (if any) mobile games written in Smalltalk. It was created primarily by a team of five programmers and artists.

Q: How do you play the game? Is it hard?

A: Sea Turtle Rescue played on a hexagon-shaped board with hexagon-shaped tiles. The tiles have numbers on them and some of the tiles have sea turtle eggs. You can swipe in one of six directions to slide all of the tiles as far as they can go. Your goal is to create a path from the egg tiles down to the number 1. Once you’ve created a path, the baby sea turtle will hatch from the egg and run down the path to the 1 tile where it’s dropped down to the beach to be washed into the ocean. You finish a level when all the eggs have been hatched and the babies have reached the ocean.

The levels start off easy but get more challenging as the game progresses. The levels are grouped into nine series and each series is generally more challenging than the previous one. Although it’s possible to solve every level without any tools, there are tools available to help you solve difficult puzzles. Hammers can nail tiles so that they don’t move when you swipe. You can also un-nail tiles that are nailed down. Bombs can blow up tiles that might be in your way. Magnets can attract other tiles so that they move as a group. You can buy these tools with coins that you collect along the way or purchase from the shop. You can also use coins to skip levels or view the solution to levels.

Since our game is about rescuing sea turtles, Simberon is donating 10% of all proceeds from the game to the Canadian Sea Turtle Network which helps save sea turtles in Canadian waters and internationally. That way, when you play the game, you’re actually helping to save sea turtles.

Q: Why do we need to save sea turtles?

A: Mankind’s influence on the environment has been detrimental to virtually all other life on Earth. For the survival of other species and ultimately our own survival, we need to change directions and focus more on preserving the environment. Sea turtles in particular are vulnerable to changes created by civilization because of climate change, fishing practices, and plastics in the ocean. Sea turtles are critical members of the ocean ecosystem which help to manage sea grass beds that provide breeding grounds for many other marine animals. Without sea turtles, many other marine animals would be lost. 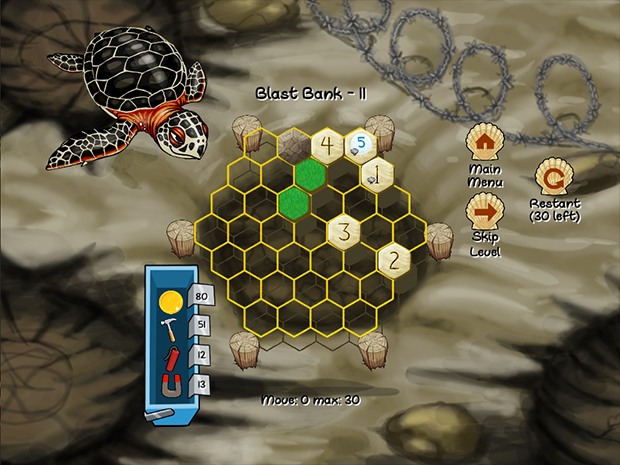 Recommended: An Interview With Chris Giovanniello, SVP Of Marketing At Menlo Micro

Q: What are the company’s plans and goals for the future?

A: Sea Turtle Rescue is just the beginning. We have started initial development on a new multi-player game which will feature an elaborate story that plays out as the game progresses. This game will run on iPhone, iPad and Android devices but may also run on PC’s and game consoles. It will take several years to finish developing these ideas. We’ll be releasing more details as the game development progresses.