We interviewed one of Canada’s financiers, Alexis Assadi. The west coast businessman is known for assembling creative financing products for businesses and property developers across the nation. Since 2013, the companies he operates have funded dozens of ventures. Mr. Assadi lives and works in Vancouver, which is famous not just for its beauty, but also for its expensive real estate prices. However, the city is home to a cornucopia of budding technology ventures. For example, companies such as Amazon have gobbled up prime commercial real estate there as they continue their plans to expand. In this interview, we talked to Alexis Assadi about investing in the technology industry and the implications of automation for people across the world. 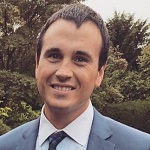 Q: Tell us about some of the obstacles that stand between you, your capital and funding a tech business. What should a tech entrepreneur know?

A: I’ve had trouble placing an accurate present or future value on technology companies. Virtually every pitch that I’ve heard has had the same issue. When I’m approached for financing, these businesses are basically worthless on paper. They have low (if any) revenues, unproven concepts and limited customers. But what they do have is a wonderful idea and a team of entrepreneurs who will do almost anything to bring it to fruition.

Sometimes I feel like one tech investment could either turn me into a billionaire or fail completely. The lack of an apparent middle-ground between boom or bust makes technology investing highly unpredictable. The landscape can also change at the drop of a dime. It’s not like a real estate deal, for instance, where you can reasonably assume how much you can rent a property out for and work with those numbers. There is no Zillow for tech firms. For that reason it can be challenging to lend at a suitable loan-to-value ratio.

As a lender, I’m less reliant on the huge valuation down the road. But many tech deals are structured to profit on the equity rather than on cash flow. Entrepreneurs in the industry understandably want to reinvest their earnings into research and development. That can make basic questions that a lender would want to ask relatively difficult to answer. For example, can the business in a startup stage afford its interest or principal payments? Is debt really the right financing product for the company? Do we run the risk of sucking out precious income when they could be using it for growth? It can be hard to plan to repay a loan if your business is predicated on maximizing value, rather than on generating income.

Q: What is a mistake that tech entrepreneurs who are trying to raise capital from investors make?

A: Some of them think that the mere fact that they are in the tech space gives them an automatic valuation of revenue times 50 or 100. I don’t think that’s reasonable. A business should be valued on its prospects, not by what the market is paying for other digital providers.

A: No, Pacific Income hasn’t, but that doesn’t mean we aren’t interested. Pacific Income’s mandate provides for growth capital, so a technology company could fit in quite nicely. The right opportunity just hasn’t come around. When I look at a deal I like to think about the absolute worst-case scenario and how we would get our money back. That will usually require taking some form of security, often in real estate.

Q: This year is the 50th anniversary since astronaut Neil Armstrong landed on the moon. Space has been all the rage in the media. While space exploration may be exciting, the anniversary has sparked more conversation about whether it’s worth it financially. Should humans spend more time and money on fixing our own planet?

A: The two are not mutually exclusive. Space exploration is also not expensive at all – that’s a canard. In 2019, NASA was allocated about $21 billion by the US federal budget. That is 0.5% percent of the $4.4 trillion budget. It is not as if countries are diverting significant resources away from the earth so that people can one day escape to space.

Moreover, the private sector is now getting involved in space exploration. The spin-off effects will be enormous, not just for the technology industry, but for science as a whole. For example, Nike Air trainers, camera phones, the computer mouse and CAT scans are all derivatives of space travel. I commend their efforts and I think that governments should invest more in space tech.

Q: Broadly speaking, what would you like to see more of from technology companies?

A: Well, let me preface this by saying that I’m an advocate for automation. I think that machines can perform better at many jobs than humans can. Machines are cleaner, faster and they can retain more information than us. I also believe that automation will cause a decline in human population, which is necessary for the preservation of our environment. People will have fewer children because there will be less of a need for humans. That’s good in my opinion.

But with all of that said, families are suffering due to those same job losses. The ride-sharing company, Uber is expected to arrive this year in Vancouver, for example. It will probably cause havoc to hundreds of taxi drivers who have invested money, time and their livelihoods into their jobs and businesses. There will be ripple effects throughout their communities, too. It won’t just be isolated to those who experience the direct impact of Uber, Lyft and similar companies.

Sympathizers often hope that the government will provide education to those who are displaced by automation. However, I think there is at least some degree of moral responsibility on the technology industry. Although they are generally doing a service for people in the medium and long-term, they are making life difficult for a lot of individuals today. I think they – at least behemoths like Google and Amazon – should take a fraction of their earnings and help those at risk of being financially destroyed by automation and train them to become more employable.

To be sure, retraining economically vulnerable people is not just ethical. It’s necessary to avoid severe global human disruption. While some worry that widespread jobs will be wiped out, other analysts predict that new one will be created to offset those losses. The truth is that nobody can predict the future of technology. What would happen if in 20 years automation causes rampant unemployment? People need jobs to make money and to feel a sense of purpose. The impacts on our society would be unthinkable. It is in everybody’s self-interest to make sure that technology companies don’t crush those who inadvertently stand in their way.

Q: Speaking of the future, do you have any guesses about where technology is headed?

A: From a general perspective, obviously I think that practically everything humans have and do will eventually be digitized. We will one day live in a world where the concept of materiality, itself, is questioned. Most of the “things” we have today will not be physical. We probably won’t have phones, keyboards and computers in the future. All of that will be stored within us. There’s a great book about called Homo Deus by Yuval Harari about how humans are gradually merging with machines.

Specifically, though, I’m guessing that food-delivery services will quickly replace their staff with drones. Why would an Uber Eats or a DoorDash want to pay people when they can instead have a drone drop off somebody’s food? Drones are faster. They don’t get lost or accidentally go to the wrong address. Just like many other machines out there, drones can be better at doing a lot of stuff than we are!

Q: So you think that, from an investor’s standpoint, tech is the way of the future?

A: Yes. But that also doesn’t mean that all technologies make for good investments. Each opportunity’s due diligence process requires surgical precision.

Q: What’s the best way to get in touch with Alexis Assadi?

A: If a reader is looking for capital, perhaps the first place to start would be to read the “Alexis Assadi Financing” page on my personal website. It gives some basic information to prospective borrowers, including some of what to expect during the due diligence process. Otherwise, I’m on most social media and am happy to connect via those channels.