Mark C. Russell is the founder and CEO of HyperSciences. He holds Master degrees from Stanford University in Aero and Astro Engineering and was the former lead engineer on crew capsule for Blue Origin (Jeff Bezos’ aerospace manufacturer and spaceflight services company). Mark provides both the vision and technical expertise to lead the world’s first company focused in hypervelocity technologies and applications.

Below is our recent interview with Mark: 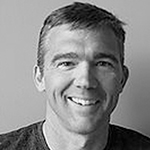 A: HyperSciences is focused on creating one of the world’s fastest in-tube jet engines that can drop in multiple industries, such as drilling, tunneling, and aerospace. We accelerate projectiles to hypersonic velocities – greater than 5 times the speed of sound using a aerospace technology called ram acceleration. For drilling and tunneling we accelerate consumable projectiles towards the rock face at meteor like speeds which pulverizes significant material every shot (up to 1 ton of material every few seconds for tunneling application, and up to 10 times faster rate of penetration for drilling). For aerospace we focus our system upward and can loft payloads and spacecrafts to the upper atmosphere where if needed their upper stage system can take the spacecraft the rest of the way into orbit. In all applications we are an enabling technology for major manufacturers, our goal is not to compete with companies that tunnel, drill, or launch payloads but instead we are positioning our company help each one of these industries accomplish their goals with a next generation of equipment.

Q: Could you tell us your story and something more about HyperSciences?

A: I left working on the crew capsule at Jeff Bezos’ Blue Origin, looking for a new and better way to fly for aerospace applications that was better than conventional rockets. I am an inventor, passionate about finding a better way to travel, I had conceived and analyzed a space launch system concept that started from underground instead of on a launch pad, reducing or eliminating the need of heavy, old technology. Deep down I knew to accomplish this goal I needed to learn everything I could about industrial and underground technologies. Blue Origin was going well but their milestones were dependent on conventional and incrementally slow technology. I left Blue Origin to join my families business, drilling for minerals and developing some of the biggest mines in the world.

At one of our drill sites in Idaho, while managing the drilling of one of the deepest diamond drill core holes in North America, I had a flash insight. I had seen a technology years ago when I toured the University of Washington Aero/Astro department that could be applied for the underground space launch concept I mentioned earlier. I thought, ‘what if we used UW’s Ram accelerator, an in-tube hypersonic ramjet technology, and fly them upwards from deep underground in a very long tube.’ The Ram accelerator allows for controlling G-loads and getting to speeds to put anything at the edge of space on momentum alone. I then called Dr. Knowlen — the lead of the Ram accelerator lab at the University of Washington — and we came to terms in which I would sponsor his program. We built our own Ram accelerator and tested it in one of my grandfather’s old silver mines, letting the projectiles fly hypersonically out of the tubes and into the rocks, as a byproduct the rock was being pulverized with high velocity and pressure. We then realized this technology could not only be a great aerospace applications but could also be used to break rock possibly faster and deeper than ever before possible.

Q: How long did it take to put your company together?

A: I had heard of Shell’s Game Changers program, so I put a patent pending portfolio together and emailed the idea to them. They responded very interested in drilling and rock breaking and decided to enter into a research partnership with us to fund our development and testing.
We then formed HyperSciences in late 2014 to develop all the terrestrial uses for Ram accelerator-based technology development. Shell has since provided us additional funding, along with a contract we received from NASA, and investments received from our Angel and current Series A investors.

This year we’ve put together operations, business development and engineering teams based out of Austin, Texas and mining team out of Washington State. Next year we’ll be continuing our development with Shell and other strategic partners and entering phase 2 of our contract with NASA. 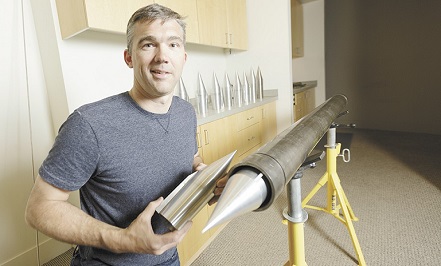 Q: Tell us the most unique thing about your company.

A: We believe we have a technology that could change the world in the coming decades, especially around transportation and natural resources.

One of the keys to accessing deep geothermal energy is deep, low cost drilling. Our repetitive hypersonic drilling technology called HyperDrill we believe will enable access to deep geothermal energy; and our concepts for low cost power plants will enable a new era in clean power generation. Partners, like Shell, see the vision of low-cost drilling as enabling for new resources.

Using our similar technology called HTBM (Hyper Tunnel Boring and Mining) we are getting closer to proving our cost-effective tunneling boring technology at-scale in hard rock field trials. This would enable low cost tunneling for projects for inter-city and intra-city transportation. Tunneling for projects such as Hyperloop allowing city-to-city transport from LA to San Francisco in 30 minutes or less. Or, enabling faster transit for electric cars under major cities to avoid congestion. Such concepts are being pursued by Tesla, The Boring Company, and others. We look forward to enabling a bright future in transportation.

On aerospace applications, we are still exploring the opportunities for terrestrial, in-atmosphere travel of such concepts as HyperDrone and other automated hypersonic air-breathing technologies to help our government (NASA, etc.) advance airbreathing hypersonics at a much faster testing rate than today. Our technology helps can help them leave the ground at hypersonic speeds, eliminating the need for expensive rockets and airplanes to get their experiments up to speed. This may lead to future decades of new hypersonic aircraft travel, connecting some of the furthest points on the planet in just 1-2 hours rather than days of travel. Needless to say, we are excited of what the future of this technology could bring.

Q: You have recently raised $3M, could you tell us something about it? What is your main goal at the moment?

A: Telling our platform story for Hypersonics is what drew us to crowdfunding. It is an awesome way to raise money for our Series A. This process has been much closer to my experience in my family’s public mining companies, where you have a platform to tell the story of multiple opportunities within this company. In mining ventures, for example, you may have two or three properties – a gold mine, a silver mine, a copper mine. Investors get it, Venture guys don’t. We have multiple patents, we have proven technology, and a few large markets to go after: Drilling, Tunneling, Transportation and Deep Energy. We are building our HyperCore units with the new investment and proving our Field trials with partner Shell in early 2019 Field trials as well as planning tunneling field trials.

We have been live with the offering since early July 2018, testing this crowd financing appetite for this type of opportunity, and have been thoroughly pleased with the outcome. We have raised over $3.5mm on SeedInvest, on our way towards our $10mm ultimate goal.