Below is our recent interview with Andrew Blacker, CEO of Gifnote: 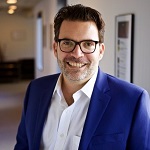 Q: Andrew, what is Gifnote?

A: Gifnote is an app and API that, for the first time ever, lets consumers easily share Songbytes — byte-sized music clips — into texts, Tweets, Snaps and other social posts. Gifnote allows consumers to select Songbytes from their favorite artists and songs, and instantly add them to any GIF, photo or video. Simply search by mood, genre, artist, expression, keyword, album or song title to make the perfect Gifnote.

The app is easy to use and lets people harness the emotional and expressive power of music in modern day communication.

Q: Is all the music cleared with record labels?

A: We work in partnership with the music industry, including the major record labels and publishers, along with 7digital and the Harry Fox Agency to ensure compliance and reporting. This partnership has enabled us to become the preeminent, fully-licensed music messaging app. 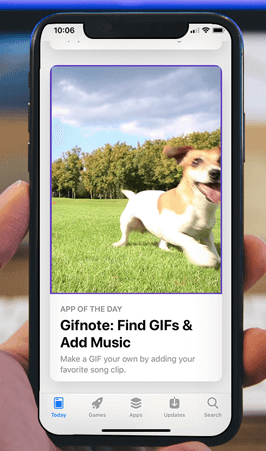 Recommended: An Interview With Harold A. Blomquist, President And CEO Of Helix Semiconductors

Q: Where is it available?

A: Right now, Gifnote is available at gifnote.com, in the iOS App Store, and as an API. We will soon be announcing some very interesting integrations.

Q: How did you get into tech?

A: I have always been drawn to connecting trends, human insights, and opportunity— and like to think I’ve been at forefront of digital innovation since graduating Cornell in 1994. I started my career in the very early days of the internet, landing a job as one of the first employees at Infoseek (which was then acquired by Disney). At Infoseek, we were able to start building partnerships with brands. From there I went on to AOL, where we forged thevfirst partnership between AOL Health and Good Morning America. Later, while at Discovery we created the first interactive online game and at Screen Vision, brought NASCAR and Timbaland to movie theaters.

Q: What were some of your career milestones that helped inform Gifnote?

A: I took all my earlier experience and insight and partnered with serial entrepreneur Val Katayev, to launch ToneMedia. We saw a massive opportunity around the behavior of music search when we recognized that song lyrics were the three most queried searches on Google. We built the first ad network for lyric sites, with industry compliance, reaching more 100 million users. We also developed ToneTargeting to generate insights into purchase behaviors based on music taste. That led to a Super Bowl deal for Diet Pepsi and Beyoncé and really started to open doors for us. Four years later, we were acquired by Cellfish and folded into its Bandsintown Group. There, I led revenue generation for ToneMedia and Bandsintown, which is an app that updates music fans about tour schedules for their favorite artists. During my tenure, Bandsintown became the #1 concert app and today reaches 100 million+ fans globally.

I realized that the next forefront was music and its role in messaging. Daily use of music and messaging are massive but separate behaviors. People distribute more than 65 billion forms of texts and posts each day. And they were streaming over 2.5 hours of music each day.

Q: How did you get the idea specifically for this app?

A: Music has been the same for 100+ years. The mediums have changed and rapidly evolved from vinyl, 8-tracks, tapes, CDs, iPods, illegal downloads, and now streaming. But, the product has not evolved to exist in a way that services modern day attention spans and the primary method of communication: texting, which meant music had to be 10 seconds or less.

With the advent of messaging and the global phenomenon of sharing byte-sized content, there was a huge opportunity to go to the music industry and help develop a music messaging solution. So, we came up with the idea of five to 10 second Songbytes.

Q: Is it a game changer?

A: Definitely, and that is what keeps me so excited every day to work with our amazing team and my Co-Founder, Jon vanSuchtelen. We are innovating the next generation of technology that will drive music consumption. With Gifnote, users can pair and share Songbytes into the billions of texts, Tweets, Snaps and social posts that they share daily. Music can communicate thoughts and feelings far beyond silent emojis, stickers or Gifs. It’s the universal language.

Our goal is to be the global leader of powering music and audio as self-expression across all digital and mobile platforms.

We see Gifnote as a triple threat: powering the next generation of music marketing; elevating messaging with music’s universal appeal (driving engagement rates 3X) and riding a clear path to monetization.

Q: Tell us more about your technology. How does it work?

A: We created a patented and proprietary technology platform, database and search engine of legally compliant Songbytes. With our scalable API, Gifnote powers self expression with just five to 10 second clips of popular music across all digital and mobile platforms. Users can easily search our database of thousands of Songbytes by expression, artist, song, or lyric to pair and share the perfect message.

Q: How would you convince the reader to start using Gifnote?

A: Try it once and you’ll see. Gifnote brings humanity and emotional context to messaging by harnessing the universal power of music. And it’s fun! For, example, I love sharing a Songbyte of our wedding song with my wife to tell her I love her. It is an easy way for us to connect instantly on a personal level. There are thousands of examples. Anything you want to say can be infinitely enhanced — from “I love you,” to “I’m sorry,” to a simple “hello,” music Songbytes make it better.

This marks the beginning of a new tool to allow people to communicate on a deeper level using music Songbytes in a way that just texting never could.

Q: What’s next for Gifnote? Do you have plans to grow, expand or diversify?

A: Absolutely. Our first priority is scale. We just introduced our API and are focused on integrations. Anywhere you have a keyboard or a conversation between two people is where we want to be.