Below is our recent interview with Daniel Casey, CEO at Genii-Systems:

Q: Mr Casey, what progress have you made over the last year since we did a story about your company?

A: Well, I think it is a good starting point to share last year’s article so readers can come up to speed where Genii Systems was last year. My suggestion to readers is to read last year’s story first, before reading this year’s update.

It has been a busy year and have moved things well beyond patent drawings and pitch decks. Now I have actual prototypes in production in my home that I have been actually testing. Below is an explanation of the various usage of my patents. Note that I will not be discussing my wind-turbine heater vent that stays charged via wind from the furnace blower, or the wireless light switch that allows it to be shut when leaving a room when turning off the light.

The first item I will discuss is my 5G receiver on my porch light. As a Network Engineer I have worked with 5G technologies and know that high frequency 5G does not go through walls or glass. The low frequency/slower spectrums of 5G will, but not delivering the extremely fast speeds of 5G. My product addresses this by putting the 5G router/modem on porch lights. (Better method than drilling through walls to install cabling. The key is to provide constant power to porch lights and turn lights off wirelessly. Thus they now can power electrical outlets, motion sensors, and security cameras. All done by not using disposable batteries that pollute the planet.

Note in the picture below it has all the features discussed above. My thoughts are that some homes might want the product to have an electrical outlet on their porches? Others, to have a security system that is hardwired with constant power? And when 5G home internet becomes available, switch to 5G service.

My home is in the mountains and has constant power outages due to down trees. The 5G home internet router is DC powered, and has four 4000 mAh batteries for a total of 16000 mAH. Thus, it will stay up for an extended period of time. The 5G tower I connect to like many cell towers hosts 911 services and has backup generators. Thus I can stay connected through the worst winter storms. Homes that have cable or fiber are extremely prone to go down during storms. Homes in California during wild fires, or hurricanes elsewhere, this could really save lives. A DC light, have not been added yet, will give a lit escape route.

One thing I also did, was to put a USB charging center on the wall behind the porch light. The top green outlet is four inches away from the back of the porch light electrical box and was very easy to install. Right below it are four new power outlets. My hallway was short of outlets. It is now, the home charging station reducing power strips I had in the living room. Note also, it is a workstation for the 5G router which in its self a full functioning workstation with keyboard and mouse. 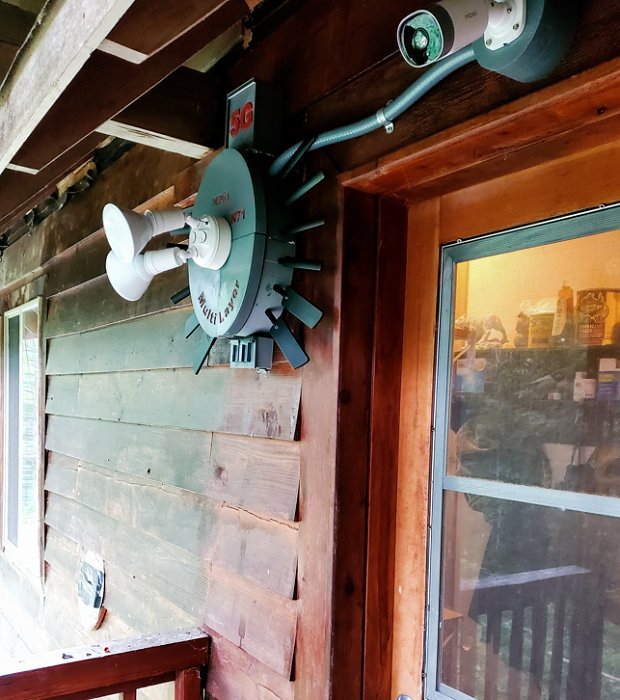 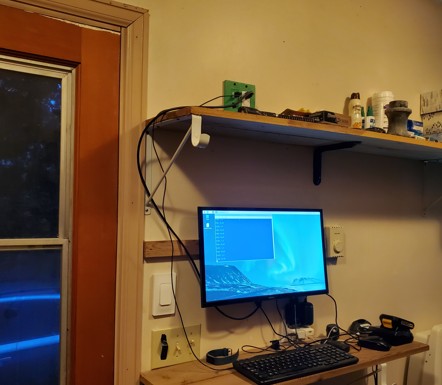 Inside my home I have three more ceiling light devices. All of which have emergency/low-energy DC lights. The bathroom DC lights are auto-sense and turn on via motion, “and” if it is dark. Thus, now I find myself never turning on the bathroom light unless I am taking a shower.

Below is a picture of my bathroom ceiling/shower Donut. Not that its primary purpose is so homes in California can install shower recycling systems. A shower recycling system would mount above the showerhead. It would fill with 5 gallons of water using only the hot water supply. Thus cold water would start filling first following by warm water to get to the perfect temperature. At the shower drain water would be recycled back, via a hose covering the drain, to the pump for re-use. Then one gallon of rinse water would be used to finish the shower. Best way to describe it as taking a shower/bath standing up. 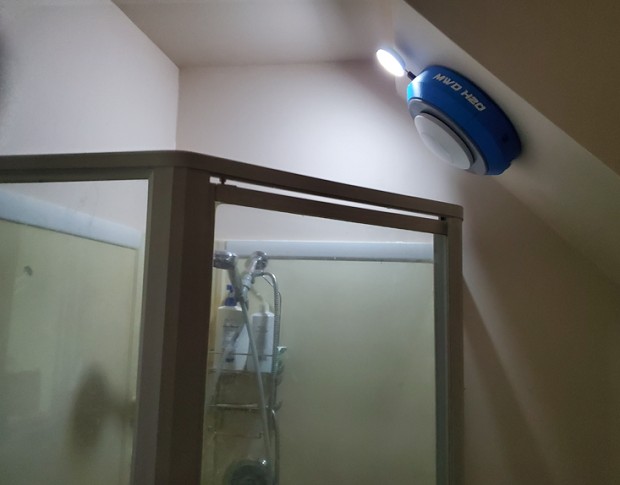 My kitchen is very small and virtually has no space on countertops that is not used. Also, my kitchen did not have a hardwired smoke alarm installed when built. Plus, during power outages it lacks a backup lighting system when power is lost.

Note in the below picture, my product has solved all of these issues. 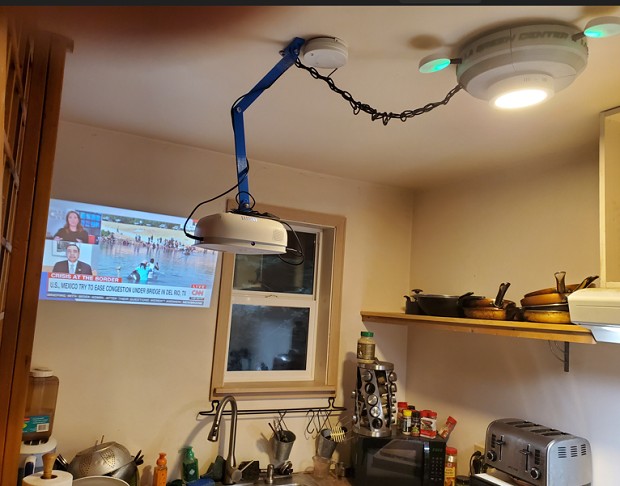 Current security systems have a dark dirty secret that is not discussed. They are heavily dependent on disposable batteries that fill up landfills.

I have addressed this by the following: 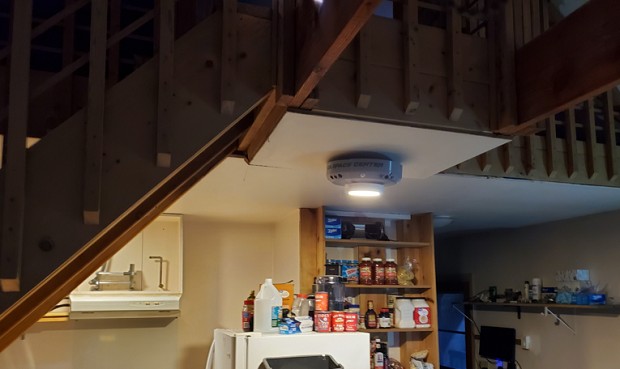 Below are two technical pictures. Note that the security Donut has a Raspberry Pi computer in it that controls the cameras and motion sensors. There are openings between the modules for space for large power packs. Note the holes for fans. Donuts have a 2/16th gap between it and the ceiling so proper cooling is supplied to electronic devices.

Q: What are Genii Systems plans for next year?

A: Currently I am working on getting funding/investors to start selling my products. Presently, have very limited ability to manufacture. For those who are interested in potentially purchasing various products, please send me an email at info@geniisystems.biz