Below is our recent interview with Sara Nozkova, CEO & Co-founder at FLOX Robotics: 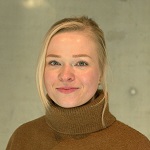 A: FLOX Robotics is a company that has been developing a solution to help landowners and farmers manage wildlife. So what does that mean? Take for instance the explosive growth of feral hog populations. In the Eastern and Southern parts of Sweden as much as 90% of the harvest can be damaged by wild boars. In the USA, the damage caused by wild boars is estimated at $2.5 billion. So this is a massive problem. FLOX has been designing an autonomous drone equipped with AI identification and an ultrasound repellent solution that can correctly identify the wildlife, and then repel it in an animal-friendly way. We can do this to protect crops but for instance also help landowners with reforestation efforts. Young trees are similarly endangered by wildlife. All this ultimately also benefits wildlife. If farmers are able to increase their output, that means less pressure on increasing farmlands so no (or at least less) encroachment of wildlife eco-systems.

A: We announced recently that we are closing in on our first major commercial milestone: the delivery of the first ever fully autonomous drone system equipped to repel wildlife from cultivated lands in April 2022 to our first customer. This marks the kickoff of FLOX’s 12 month commercial test phase which will take our solution to over a dozen different customers. We also announced that FLOX’s first fully autonomous drone has been named Hugin, and FLOX’s base station from where Hugin will fly out and return, recharge and depart again, has been named Oden, embracing FLOX’s Nordic identity (our home base is in Stockholm, Sweden).

A: FLOX plans to deliver its solution to over a dozen different customers in the 12 months following its first commercial delivery planned in April, 2022, bringing its solution one month at a time to each customer, enabling FLOX to apply its technology across a wide variety of cultivated fields and young forests, collect and learn from all the gathered data, rapidly iterate both the hardware as well as the software, all the while already delivering value to its early adopters, in exchange for a symbolic commercial test phase fee. There are still some slots open for interested farmers or landowners targeted by wildlife, to become part of FLOX’s 12-month commercial test phase – just send us an email to info@floxrobotics.com.

A: Aside from the commercial test phase which will mean rolling out our solution to over a dozen early adopters, we expect to continue to scale the company as we are approaching the close of our first funding round in the coming weeks. We have been adding a variety of new employees as well as advisors to the FLOX Team, and we look forward to continue to scale and expand in the coming months and quarters as we are readying the company for the real roll out of our subscription-based service in the course of 2023.

Recommended: Chronoscope Studios Aims To Create The Most Engaging Survival MMORPG On The Mobile Market

A: There is increasing recognition that the technology we are developing could actually be used for a lot of different more use cases, for instance to prevent collisions between wildlife and trains. To this end, FLOX is working with some of the national railway operators in the Nordics and one of the universities in Sweden to investigate if this can be a solution that will solve this issue, potentially expanding FLOX’s scope in future from helping address Human-Wildlife-Conflicts (HWC) to Infrastructure-Wildlife-Conflicts (IWC). But our main focus right now is on helping landowners and farmers!