Eyal Avramovich is a serial inventor and entrepreneur with a background in electronics engineering who has successfully brought a dynamic range of products to the market, including ultra-thin technologies, robotics, customized vehicles, and more. 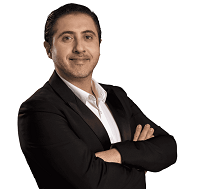 Eyal is also passionate about private transport and has been funding the development of the most luxurious micro-electric vehicle in the world. The tandem-style automobile has been featured in publications around the globe.

Over the past two decades, he has successfully introduced five inventions, including successfully selling his Gigabit Ethernet camera technology to a Japanese multinational corporation.

With 20 years of experience, Eyal Avramovich is a respected tech leader. Fascinated with cryptocurrencies and blockchain, he began mining Bitcoin around 2016 and established MineBest in 2017. He discovered that Bitcoin – and its mining – merged all of his lifelong passions: technology, entrepreneurship, and finance.

In addition to his work with MineBest, Eyal has co-created two cryptocurrencies, Bitcoin Vault (BTCV) and Electric Cash (ELCASH). Both coins have been praised for their cutting-edge security features.

MineBest, a crypto mining business, aims to give power back to crypto enthusiasts by providing them with access to high-class mining infrastructure.

MineBest makes it possible to reap the rewards of mining cryptocurrencies while counting on a world-class hosting provider.

MineBest runs multiple cryptocurrency mining farms, providing state-of-the-art facilities and infrastructure that are maintained by experts around the clock.

The business of tomorrow will not be affiliated with banks, but with crypto institutions, and MineBest is going to be a leader of this revolution.

Bitcoin is a virtual currency, a digital representation of value that functions as a medium of exchange, a unit of account, and/or a store of value. Bitcoin can be digitally traded between users and can be purchased for, or exchanged into, U.S. dollars, Euros, and other fiat or virtual currencies.

Bitcoin is currently the largest convertible virtual currency by market capitalization. Bitcoin was created in 2008 by a person or group using the name “Satoshi Nakamoto,” with the belief that: “[w]hat is needed is an electronic payment system based on cryptographic proof instead of trust, allowing any two willing parties to transact directly with each other without the need for a trusted third party.”

Bitcoin is “pseudonymous” (or partially anonymous) in that an individual is identified by an alpha-numeric public key/address. Bitcoin relies on cryptography (and unique digital signatures) for security based on public and private keys and complex mathematical algorithms.

Bitcoin runs on a decentralized peer-to-peer network of computers and “miners” that operate on open-source software and do “work” to validate and irrevocably log transactions on a permanent public distributed ledger visible to the entire network.

Bitcoin solves the lack of trust between participants who may be strangers to each other on a public ledger through the transaction validation work noted in the sub-bullet above; and enables the transfer of ownership without the need for a trusted, central intermediary.

Why is Bitcoin booming?

Bitcoin’s growth is a result of a combination of three factors: ideology, social sentiment, and hope.

But although these are variable factors, this doesn’t discredit the significance of the digital economy, interest in the technology as it matures, and the influence of institutional investors in cryptocurrency, including Bitcoin.

Bitcoin was designed to increase in value over time through the rules Nakamoto wrote into its software code — which Bitcoin’s most outspoken advocates, known as “maximalists,” vehemently defend.

From a larger frame of reference, decentralized cryptocurrencies allow new ways to coordinate without the need for centralized regulation.

They have introduced other cryptocurrencies, such as Ethereum, which are also open platforms for the public.

Nakamoto’s audacious experiment in digital currency is working as intended. And what really deserves attention now is what this means for our digital, physical and social futures.

Why did you start Bitcoin Vault?

As a co-creator of Bitcoin Vault, my goal was to develop a cryptocurrency that increases the safety of blockchain-based transactions. With the precise goal in mind and the involvement of a great team of crypto experts, we developed a coin that allows participants to cancel or reverse transactions being a result of a mistake, a theft, or unauthorized access to their wallet.

I wanted to create a coin with a similar function to Bitcoin transactions, perhaps with a slower speed of transactions (for safety reasons), but with an additional possibility to reverse the transaction within 24 hours.

What is Bitcoin Vault?

Bitcoin Vault (BTCV) was launched in 2019 as an alpha chain. It was developed heavily between December 2019 and November 2020, which saw the release of the key feature enabling reversible transactions on the blockchain.

Bitcoin Vault is the world’s first cryptocurrency that allows users to cancel transactions after they are posted to the blockchain. This revolutionary approach is possible with a customized blockchain protocol that confirms payments within 144 blocks (or around 24 hours). This feature protects users from losing their funds in case of common key thefts, user mistakes or errors, and bugs. Another way to reduce the risk of theft is to limit the maximum transaction fee, which is especially important for recovery transactions.

For counterparties seeking to perform a transaction the “traditional” way, there will also be a possibility to send coins with a shorter confirmation time and a normal fee, with the use of a third key which will “bypass” normal safety procedures.

In 2021, Bitcoin Vault entered a pioneering partnership with ESE, a European entertainment and technology company focused on gaming and esports, to co-produce and distribute a gaming talent show in Asia and South America.

Asian countries are some of the largest markets in the world by gaming revenue, and we are excited to partner with ESE to bring Bitcoin Vault to a new audience of esports enthusiasts.