Below is our recent interview with Dino Bassanese, President of EventChain.io: 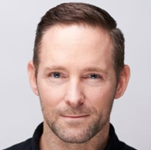 Q: Could you provide our readers with a brief introduction to EventChain?

A: EventChain SmartTickets is the solution to many of the problems plaguing the event ticketing industry today. Harnessing the powerful benefits of blockchain technology, we can address issues with transparency, security and scalping to improve fairness for attendees and artists/organizers.

Q: You’ve recently announced the release of beta version of your SmartTicketing system; could you tell us something more?

A: Yes, we’re really excited to have released EventChain Beta to the community on March 31, as targeted in our roadmap. The response has been fantastic; we’ve grown our community by over 50,000 members since the release and have received such great feedback. In fact, at the end of May we’ll be releasing a second version of Beta, which will incorporate some of the suggestions we’ve received.

As we move from Beta towards the MVP, due to be released at the end of June, we’ll be pivoting our programming efforts from UI/UX to the blockchain protocol and integration. I’m very happy with the progress and the team is passionate about the solution we’re bringing to the market. 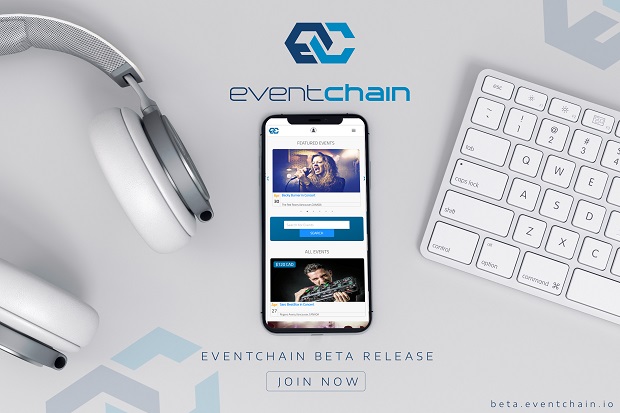 Recommended: Nobul Aims To Improve The Real Estate Buying And Selling Experience For Both Consumers And Industry Professionals

Q: What are the main problems with centralized event ticketing industry globally?

A: I think it’s a safe to say that most of us who buy tickets to live events have experienced issues related to limited ticket supply, outrageous secondary market pricing or have fallen victim to counterfeit tickets.

The current state of ticketing allows for backdoor deals that can funnel the majority of tickets to the lucrative secondary market, where the primary ticket provider often has a stake. These secondary markets then mark-up the ticket price by as much as several hundred percent, pricing the average eventgoer out of the market, as well as diverting revenue away from the artists and event producers.

Another major issue is counterfeit tickets. I’ve personally been victim of purchasing tickets through a popular online marketplace, then to arrive at the venue and be told that the ticket had already been redeemed. Frustrating, to say the least.

There’s also a bot epidemic. That’s where popular events are targeted by scalpers with sophisticated software to quickly scoop up a large number of tickets in a very short time. These bandits hold the majority of the ticket inventory hostage, artificially increasing the demand for tickets, and then sell them with higher mark-ups on the secondary market. It’s a very well-oiled machine.

Q: What are smart contracts on the blockchain?

A: Blockchain and in particular Smart Contracts is the real game changer here. In order to understand how these technologies can be applied to event ticketing, it’s important to have a basic sense of what the blockchain is and how smart contracts work.

Without getting too technical and keeping it simple, blockchain is the underlying technology on which smart contracts are created/executed. The blockchain is a decentralized ledger of transactions. It’s decentralized because the transaction records are not stored on a single database, instead they are copied to thousands of computers (nodes), making it virtually impossible to manipulate. Another important characteristic of the blockchain is that it’s public, meaning anyone can track any transaction throughout the life of an asset, like a concert ticket. These points are important when we consider the limitation of a single point of storage and the lack of transparency in the current ticketing system.

Smart Contracts are an additional layer of programmability that adds flexibility and further accountability through the blockchain. With smart contracts, you can define particular rules and conditions to any type of ticket. The contract could state that the ticket may not be resold for more than 50% of its original price, or program paybacks in the reseller market, directing some of the additional ticket revenue back to the content creators. The beauty and power of smart contracts is they are completely autonomous and impartial, executing the contract requirements as programmed and rendering transactions transparent, traceable, and immutable. 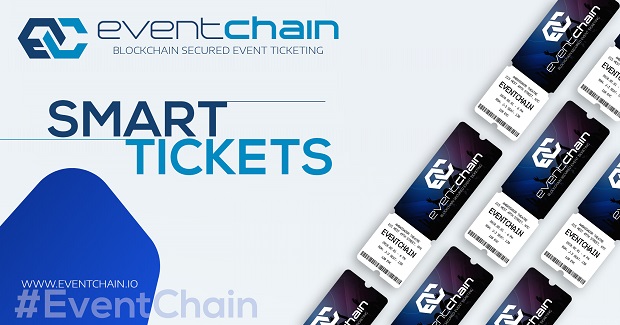 Q: What is on the roadmap for EventChain moving forward?

A: Over the next 2 months, the team is focussed on delivering a Minimum Viable Product. Set to be released at the end of Q2, the MVP will include the option for event organizers to sell SmartTickets on the Ethereum blockchain securely.

Looking forward to our first full Release which is scheduled for the end of Q3, we will be building the framework to allow us to use other blockchains to secure SmartTickets. There are some really great blockchain protocols that are focused on scalability and transaction processing speed. These are important developments for us to keep an eye on as we move towards attracting larger events. As the Ethereum network continues to work through its own growth challenges, we recognize the need to be able to quickly pivot to the most appropriate blockchain. From a scalability perspective, we’re looking into RChain, EOS, NEM and NEO blockchains as possible solutions.

Moving through 2019 we will be looking to offer a modular SmartTicket API that will allow existing ticketing platforms to easily offer blockchain secured tickets right from their existing platforms.

There are many other exciting plans that we’ll be announcing as we build partnerships to help ensure their success. Be sure to follow our project by joining the EventChain Telegram group or visit our website EventChain.io.