Below is our recent interview with Daniel Mogil from ESE: 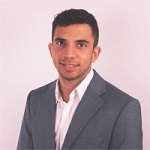 Q: Daniel, what is focus of your company?

A: ESE is a global entertainment and technology company focused on gaming and esports. The Company provides a range of services to leading video game developers, publishers, and brands by providing technology, infrastructure, and fan engagement services internationally. ESE’s technology and data business division is focused on the bringing users/players to video game developers. Through its wholly owned brand PWN Games, ESE is also considered one of the top CPA networks for gaming, currently working with: Game of Thrones franchise, Roblox, league of legends, EA sports, and Riot games.

A: Most recently, ESE has announced its third quarter financial results of record quarterly revenue of 15.93 million, year-over-year increase of 276%. This was ESE’s eighth quarter in a row of record growth. Traditionally, summer is one of the slowest periods of the year for gaming. ESE was still able to achieve another record quarter and continue its operational momentum. In addition to partnering with Dome Productions (“Dome”), a leading media production company jointly owned by Bell Media and Rogers Media. ESE announced that it will produce the Tom Clancy’s Rainbow Six® Siege league in Europe which will include Ubisoft Entertainment SA (PA: UBI) and will include teams from Poland, the Czech Republic, Slovakia, and Hungary.

A: ESE Entertainment’s Canadian operations is an AdTech Agency with offices in Montréal and Québec City. GameAddik offers cost- effective and performance-driven digital marketing campaigns for gaming and e-sports industries. Some of GameAddik’s campaigns strategies have yielded results of: Over 50 billion impressions, two million new users and 12% conversion rate for Game of Thrones. Another example is Roblox campaign generating over 75 billion impressions, millions of users and a 22% conversion rate. GameAddik is one of ESE Entertainment’s solution providers for video game publishers and developers.

A: ESE Entertainment will continue to execute on agreements and continue growing its global footprint. In the summer of 2022, alone ESE Entertainment signed on 24 new business deals. ESE Entertainment’s core assets will be concentrated in offering: gaming events, simulation racing solutions, data infrastructure technologies, and providing video game publishers millions of user in engagements. ESE Entertainments next expansion plans are expanding its business offerings to igaming, which may be synergistic with its existing assets.

A: ESE Entertainment company story is recognized as one of Canada’s fastest growing companies since 2019, the company’s revenue growth rate from from Fiscal Q2 2021 to Q2 2022 Financials was 1,994%. Currently, with over 110 employees globally ESE Entertainment has been nominated as the #1 communications company on the TSX venture exchange.