Below is our recent interview with Khurram Asif, CEO of DFT: 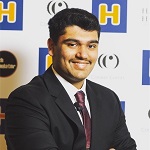 Q: Could you provide our readers with a brief introduction to DFT?

A: DFT (DrugFreeTaste) is an online platform that provides access to healthier, non-alcoholic, non-tobacco versions of drinks, cigars and cigarettes. DFT was created to provide people who are prohibited to drinking due to health issues, the decreasing number of millennials a taste of various drinks without such detrimental effects, people with the cultural and religious prohibition of alcohol the chance to taste the various drinks and smoke tobacco and nicotine free cigars and cigarettes. DFT has a motive for helping the people with liver diseases and health issues caused by excessive drinking, therefore, every £10 spent on DFT there is a £1 donation to the British Liver Trust in order to ensure those who have been affected by the harmful effects of alcohol get another chance. DFT provides the drinks industry with the chance to revive itself from a future collapse as there seems to be a significant yearly drop in alcohol distribution and consumption, especially in the millennial generation. The CEO, Khurram Asif coming from a background where consumption of alcohol and smoking is looked down on and prohibited this was a chance to provide everyone to have access to the taste of such drinks and get rid of the awkwardness of non-drinkers at social events. DFT is originally a British online store but now distributes around the world and accepts 28 currencies worldwide. 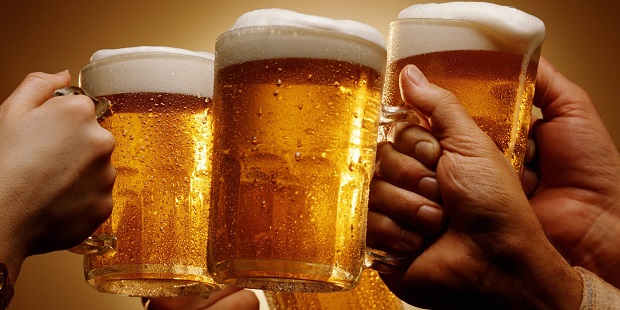 Q: Can you give us insights into your products?

A: DFT has a very wide range of products from Non-alcoholic beers from brands such as Heineken, Carlsberg, Becks Blue and San Miguel to £1.25 Million Gold Champagne created by Dubai based vendor. DFT sells 85 non-alcoholic drinks including Beers, Wines, Vodka, Gin, Champagne, Cocktails, etc. DFT also sells Tobacco, Nicotine and additive free Cigars and Cigarettes allowing the customers to have a full experience without the loss in taste. DFT was featured on the Parliamentary Review in the UK and noted for one of the most expensive and luxurious champagnes in the world and for the most expensive non-alcoholic drink.

Q: What is the biggest challenge you’ve faced in launching your business and how did you overcome it?

A: It was a struggle to fund such a start-up and then to create a marketing campaign capable of attracting the wide demographic. Getting approvals of religious groups such as the HFA (Halal Food Authority by Muslims) in the UK was extremely tough. However, the approach of social media, schools, hospitals and internet marketing allowed us to overcome the marketing side of things and we have since, had many investments including VCs.

Q: What makes you stand out from your competition?

A: DFT is the UK’s first non-alcoholic beverages and tobacco-free cigarettes provider and one of the few cheapest platforms for alcohol-free booze. We promise our customers the best price and promote a price match promise. Finally, DFT distributes around the world.

A: DFT aims to have 10 physical locations and a worldwide distribution warehouse by 2020 and is currently in the process of opening in Toronto, Dubai and London. DFT plans to provide its drinks in local supermarkets such as Walmart and Walgreens. Additionally, we would like to bring Guinness and Bud Light Alcohol-free Beer.

Q: How was the idea created?

A: The idea of making an e-commerce platform for non-alcoholic free drinks was created at a Pizza Hut in London as 18-year-old CEO Khurram was having a catch up with friends who happened to order Pizza Hut’s exclusive Zero per cent Heineken during June of 2017, this lead to the idea of DFT being created as Khurram would have wanted to taste Beer that was 0.00% as Heineken Zero per cent has a range of 0.005 to 0.025% alcohol level and Khurram Asif had DFT setup and ready for funding by August 2017.