Below is our recent interview with Chris Chang, CEO at ConneXionONE:

Q: Could you provide our readers with a brief introduction to dotarazzi app and ConneXionONE?

A: ConneXionONE Corp is a developer and service provider of geosocial media platform, with its mobile app – Dotarazzi – providing social networking services to general public, on-line businesses, and local retail stores. Dotarazzi is designed with an antisocial media mechanism disrupting how the current popular social media services are influencing people’s lives; it provides a way to encourage people to share truly and freely with their own perspectives, without having to worry about the harmful effects or negative emotional and social consequences. Dotarazzi is aiming to become a local information provider with genuine source of viewers’ real-time perspectives in various aspects, to create a better and healthier true social networking environment for the world. Dotarazzi is available for free download on both Google Play and App Store. 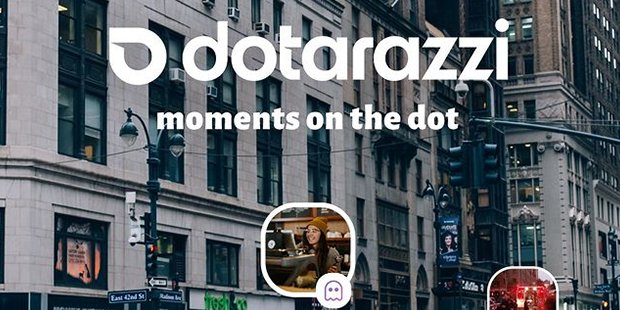 A: Despite that most people know the negative impacts and influences when using social media services, there is still little to no choice for people to not using it or switch to when they participate social networking, and currently the popular social media platforms don’t seem to have the intention of changing or improving it to prevent or avoid those impacts, so Dotarazzi is offering a choice for people to avoid what they don’t like about social media while still being able to participate in social networking, and enjoy the feeling of community, achievements, and contributions, giving them back the freedom of expressing themselves without any fear of any harmful consequences. 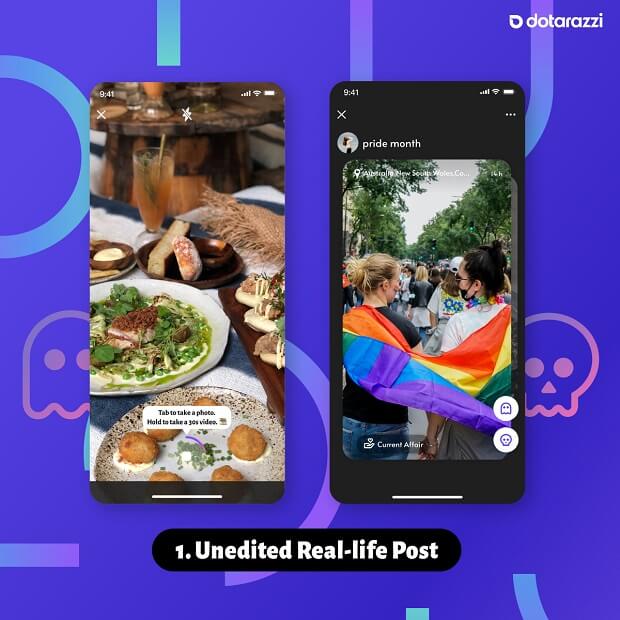 Q: Can you give us more insights into your app?

A: There are various aspects that dotarazzi would like to bring to the world, first of all, most (if not all) of the social media services provide the features and functions to make users becoming more popular, being envied, or even turn into influencers in various fields, and those effects are ironically the causes of the negative impacts to social media users; dotarazzi, on the other hand, let users share what happens around them with photos or 30-sec short videos on the spot anonymously with their own perspectives, dotarazzi would like users to know that it’s all about what and where when something occurred worth sharing, viewers won’t have bias in any way just because of who posted it, and viewers are the ones who decide which posts deserved to stay published, because all published posts will be vanished after 24 hours unless the posts received the voting consensus from more than 50% of the viewers who have the geographical right to participate; with what being said, dotarazzi creates a healthier social networking environment to obtain more truthful reactions of how people think about what happened within a geographical area.

The other aspect that dotarazzi would like to bring to the world is for businesses, especially local retail stores; more and more businesses are forced to spend advertising budgets on social media platforms to keep competitive, and expecting to bring them more new businesses or increase visits to their stores, but the effectiveness often rely on the algorithm of the social media platforms, which also depends on how much the advertisement budgets are, while competitions increased, businesses will have to increase their budget as well, that’ll in the meantime decrease the cost-effectiveness of the business; now dotarazzi offers a new way for local stores to promote their businesses, simply use dotarazzi to post promotions, specials, any news about the store every day, or create interactive campaigns as well, at no charge; dotarazzi users in the same area will be able to see the updated store information every day without getting manipulated by system algorithm, this will benefit both the stores and consumers at the same time, to bring their business prosperous again, in other words, dotarazzi creates a geo-ecosystem that brings both local businesses and consumers together.

Q: What can we expect from you in next 6 months? What are your plans?

A: We’ll be adding more features and functions to enhance the flexibility and ease of use on dotarazzi, and will also launch series of global marketing campaigns to introduce how dotarazzi can change what people think about social media networking. 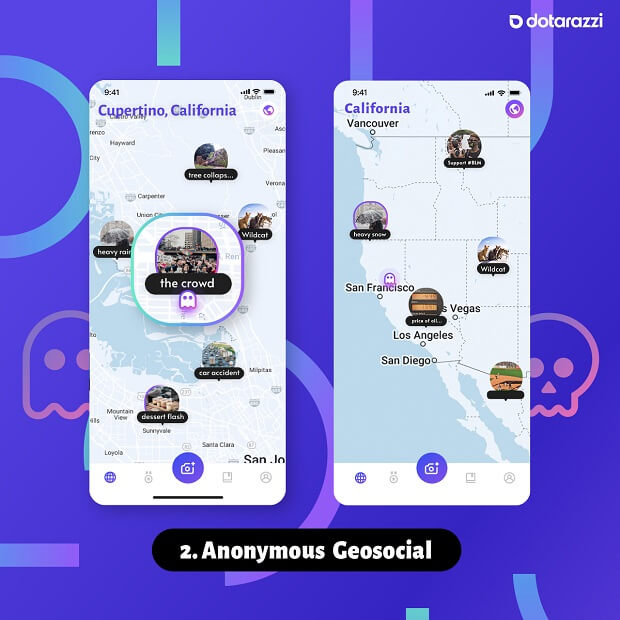 Recommended: After The Goldrush

Q: What is the best thing about your app that people might not know about?

A: Dotarazzi is a geosocial media services that bring people back to caring more about what happens around them, to treasure the current moments, to fearlessly share what actually occurred on the spot without any editing, and also be able to explore other places around the world with more genuinely truthful perspectives from the local users rather than from other medias.