DarkPulse (OTC: KLMK) is a patented technology that provides rapid, accurate measurement and monitoring of temperatures, strains and stresses. Below is our recent interview with Dennis O’Leary, Co-CEO and Chairman at DarkPulse, Inc.: 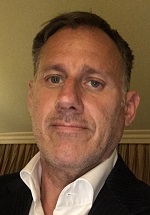 Q: Dennis, tell us something more about DarkPulse, and your DarkPulse system ?

A: Our DarkPulse system breaks the barriers of temperature & strain cross sensitivity as well as the inherent loss of spatial resolution allowing for applications of the technology into markets not currently served. DarkPulse excels when applied to live, dynamic critical infrastructure and structural health monitoring including: pipeline monitoring, perimeter and security surveillance, aircraft and ship hull integrity assessment, and mining safety deployments. Our capabilities include central monitoring and security management solutions to customers.

Q: You’ve recently announced European presence through strategic alliance and binding LOI; could you tell us something more?

A: DarkPulse has been looking globally since its inception. Our current business model incorporates the use of strategic relationships through both joint ventures and licensing of our technology. This allows DarkPulse to capture a large market segment much more efficiently by partnering with local experts. Our LOI is designed to help introduce DarkPulse into the European markets with the assistance of a local partner/distributor.

Recommended: Kinesis Aims To Bring The Gold Standard Of Currencies Into Cryptocurrency

Q: What’s your solution for protecting an area from intrusion?

A: Protecting an area from intrusion requires a sensor system that can detect events at any location at any time. Generally, the event locations are not precisely known at installation time making point sensors a poor choice: a point sensor covers a small area and if the intrusion does not take place within that area it goes undetected.

Distributed fiber optic sensors have a clear advantage over point sensors in that they, by nature, cover extended areas. The same sensing technology can also be used in many configurations, for use in many security applications. Any intrusion event that can be translated to a change in strain or temperature of the sensing fiber can be detected.

DarkPulse’s unique technology allows for a fiber sensing system capable of detecting intrusion events both above and below the surface. Intruders are becoming more sophisticated allowing them to defeat most perimeter systems currently in the market including sonar-based systems. Our system detects soil movement via surface loading. Surface loading of soil (by persons or vehicles) transfers pressure to a soil volume under the load depending on soil type. The pressure causes displacement of the soil and this will result in deflection and strain in a fiber sensor buried just below the soil surface thereby eliminating both false positives and defeat of the detection system. Now couple this capability with our tunnel detection capability; DarkPulse is able to offer a complete solution to multiple point problem.

Q: What makes it unique?

A: Most physical security systems can be defeated using various techniques such as vibration producing devices to defeat sonar-based systems. Other detection systems are defeated by intruders causing false alarms at other locations along the perimeter. With a DarkPulse system there are no “false positives” because of how the system operates. Our system visualizes what is occurring along the sensing area in real time. End users via their custom GUI will see what is causing a system alert. For example, along a national border, government customers can see a visual indication of an intruder walking into a protected area or the imprint of a vehicle’s tires. If the breach comes from below ground via tunneling the system will also give a visual alert via the GUI displaying the location of the tunneling activity.

DarkPulse applies two methods for detecting tunnels using distributed sensors. One uses fibers buried horizontally. These horizontally laid fibers would experience subsidence if a shallow tunnel passes under them. For detection of deeper tunnels, DarkPulse installs the sensing fiber vertically in a pile. Subsidence causes a vertical pile to bend toward the tunnel, resulting in a strain in the sensing fiber. The system is capable of detecting tunnels as small as 0.5m diameter and at depths of up to 40m or more.

Q: I read something about your partnership with Battelle Memorial Institute, how did that start and where do you see the relationship going?

A: The relationship was created by our Co-CEO Dr. Thomas Cellucci. Tom was the first Chief Commercialization Officer in the U.S. Federal Governments Executive Branch, he was appointed the First Director of Research & Development Group at the U.S. Department of Homeland Security. He authored or co-authored over 156 articles on innovative public-private partnerships, nanotechnology, laser spectroscopy, vibration control, sales and marketing, and MEMS/MOEMS test and measurement. The agreement with Battelle for the analytical equipment/patented technologies for detecting trace amounts of explosives/ chemical warfare agents/illicit drugs—is considered the “Holy Grail” of global security.

The licensing agreement with Battelle Memorial Institute (BMI) is through the Pacific Northwest National Laboratory (PNNL), a Department of Energy (DOE) lab. DarkPulse’s licensing agreement focuses on an apparatus for detecting trace-levels of explosives, chemical warfare agents (CWAs) and illicit drugs. Low-level detection of illicit substances, including explosives, narcotics and CWAs, remains a long-standing goal of modern instrument platforms. Such systems would enable detection of vapors to identify illicit drugs in cargo containers and other concealed conveyances. Additionally, ultra-low-level detection of CWAs could also allow identification of hazardous compounds at levels well below those considered safe for the general population. This is a primary concern of the U.S. Department of Homeland Security.

Q: What makes you stand out from your competition?

A: DarkPulse’s patented sensors are capable of 20mm resolutions- well below the current industry standard of 1 meter; coupled with our data collection speeds and remote monitoring capability DarkPulse is the next generation of distributed fiber sensing. Imagine a system which allows for early detection and display of anomalies often missed by our competitors in oil & gas pipeline monitoring, critical infrastructure monitoring or mining. The health, safety and environmental benefits are astronomical.

Q: What does the future hold?

A: DarkPulse is continuing to explore strategic alliances through both Joint ventures, licensing of the technology and acquisitions to expand its global market position.

The company recently completed a reverse merger with a public entity. Our entry into the public market will allow the company to expand its operations infrastructure including personnel and equipment while allowing for business expansion.