Below is our recent interview with David Zimbeck, Lead Developer at BitBay: 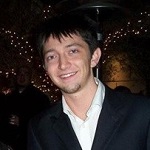 Q: Could you provide our readers with a brief introduction to BitBay?

A: BitBay offers the holy grail of cryptocurrency unbreakable contracts, price stability and decentralized markets. The unbreakable contracts can enforce real world agreements using a technique called “double deposit escrow” where both parties to an agreement put funds into a joint account and if they cheat each other they both lose what they deposited.

The repercussions are awesome because it takes away the incentive for theft and deception. Imagine a world where any two countries can do business, you can use the deposits to self-insure wire transfers, shipment of goods, employment contracts where the employee loses funds if he fails to perform to your liking, and even bartering gold for corn. In addition to this, the currency has a revolutionary peg tool in the works that stops price fluctuations (which have notoriously effected Bitcoin) by decentralized control of the liquid and reserve supply of coins. Best of all the users can hold on to their reserve funds as a future while their liquid funds can slowly grow based on the demand on the markets. Also the software can be used today, it’s not a road map or pipe dream. It’s real working software that has been around for years.

The users can sell all kinds of goods and services using the build in markets that don’t rely on servers and don’t bloat the blockchain. The concept is, that BitBay can keep it’s stability all while offering these contracts that can be benificial to almost unlimited industries. So unlike Ethereum contracts or other tokens, the contracts can actually be enforced in the real world peacefully… a sort of instant karma for breaking agreements. BitBay even was recently used to buy land without escrow being one of the first real estate purchases in alifornia history! So as a currency it is very exciting because there is really nothing else like it on the markets and it is actually being used for so many ground breaking things. 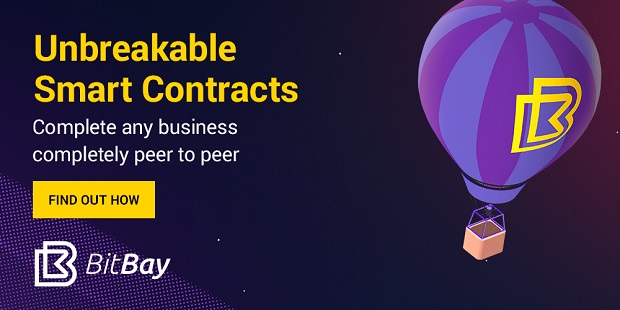 Q: Can you give us insights into your features?

A: In addition to the primary features, the software has some of the top security in the industry. It has a special anti-keylogger to prevent password theft, dual keys that can be hidden inside of images if the user wishes, being able to send from two computers making it almost impossible for hackers to get both of your keys and much more. There is a clever pay to email system that is used for “tipping” that hides the payment inside of images in the recipients email. It even has the ability to send temporarily frozen funds, notarize documents, and make exotic payments such as funds that switch addresses at a later date.
There is so many unique features that BitBay has compiled a “wall” of features. So unlike other projects that have been all marketing and no product, this ommunity has quietly produced one of the most feature packed coins in the industry.

Q: How does BitBay benefit from PoS 3.0?

A: Proof of stake 3 forces users to stay connected to the network to get their rewards. Previous staking implementations had the weakness of “coinage” where users could accumulate rewards without staying connected as long as they did so periodically. Additionally, the protocol allows for staking from special accounts which is useful for the upcoming peg. Also users may stake from two computers for additional security which is ideal for exchanges that want to accumulate interest.

Q: Where do you see the cryptocurrency market going in 2018?

A: Well the market has greatly matured so it will depend on a lot of things. First of all, there are various countries which will set their own policies and that will effect their citizens in various ways. Some are very crypto friendly and others are still unclear where they stand. Also Bitcoin has a habit of dragging the market, a feature which we plan to have our technology defend against. It will probably be interested to see if the altcoin market continues to boom. Hopefully investors can mature and stop investing in projects with fake marketcap or fake volume. Since the recent ICO boom it’s hard to verify how much each project is truly raising. For that reason this might be one of the most interesting years. I do believe 2018 or 2019 will give rise to decentralized xchanges.

A: We plan to keep working on the final features. This year will be one of our biggest years in development because most of the hard work will come to an end and we can start promoting it heavily. We have taken on new coders who are trying to get a lot of our products web based so users don’t have to download the software to enjoy the best features such as contracts. We do have a brand new user interface as well and an android and web wallet with excellent security and features.