First customization secret, is the swipe actions. A really clever way to clear up space on your home screen, by adding an action for swiping on each icon as what is one for actually pressing on them. You can make each icon double as two different apps. An example of when this is useful is when you have two related applications. So for example, you have YouTube and YouTube Creator Studio, which helps manage your videos and so by assigning creator studio to open with a swipe of the YouTube app that actually means you don’t need to show the creator studio app anymore at all. It could just disappear entirely from my home screen.

Next thing is color coordination and it has to be up there with one the most severely underused tools. Not only does color coordination make your icons look more pleasing to the eye but also helps you recognize them faster. The brain identifies colors far faster than it identifies individual icons themselves and so by sorting your icons based on color, you give your brain a bit of guidance, a bit of a nudge to look in the right direction.

So on the subject of colors, it is also very important to match the wallpaper you are using with the color of the icon pack. Usually the first place to go for the wallpaper is the icon pack that you’ve downloaded. Icon packs often come with wallpapers and these are normally made so that they work with the icons. Using even a high quality well done icon pack with a wallpaper that doesn’t match, just doesn’t help it to bring it to the fore. So go for the original wallpaper is a good starting place or even make your own if you have to.

The next one may be a little bit more self-explanatory but we recommend giving it a go. Try removing the labels on your icons. So after you’ve used each one a few times, people actually tend not to read the text, it just ends up making a screen look a little bit messier. Now you can also try this for the app drawer, but then what we would recommend you doing to prevent the applications looking so spaced out is to increase the grid size. Fit slightly more applications on the screen that’ll help it look a little bit more normal. The only thing to bear in mind is that it may actually start taking you a little bit longer to find your icons. It depends on the icon pack that you’re using, some are a little bit more distinctive than others.

Next one involves an application called Chrooma Keyboard which adjusts the color of your keyboard to match almost exactly the application that you’re in. So for example, if you’re typing in WhatsApp, it has that same dark green hue that you so know and love. If you are doing it in Facebook, it’ll have a blue and for YouTube it will have a red and so on and so forth. It is very seamless, it does really feel like a bit of a life hack. It is based off Google’s own keyboard so it should be pretty recognizable and easy to type on and the recommendation engine is all there and it works fine. 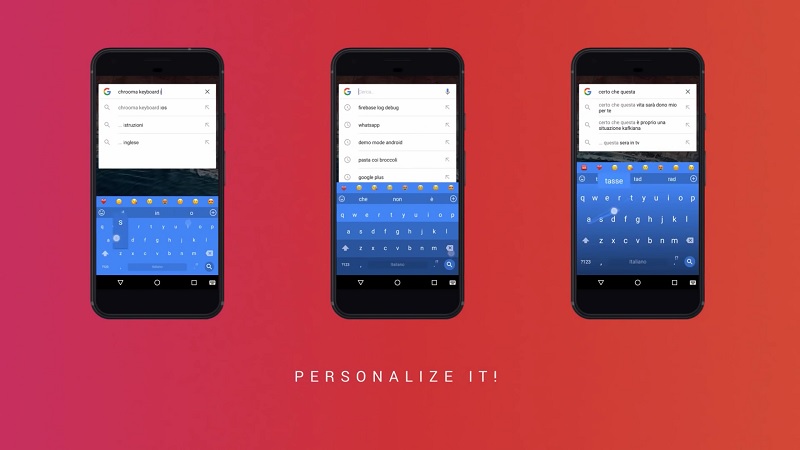 So a pretty quick and simple way of reinvigorating your Android phone is to change your app opening and closing animations. And the one that we recommend using are the circle animations. It almost emphasizes Google’s material design and the color of the circle depends on the color of the application you’ve just opened. So it’s all very seamless.

Then we have gestures and I know these were out for quite a long time now but I don’t think many people actually use them to their fullest. Implemented correctly you could be flying across your home screen far faster than you would otherwise be able to. Simple ones like being able to swipe up, and swipe down to bring up the app drawer. Then more complex ones like double swiping to scroll from your first to your last screen, and vice versa. They are all very important and very easy to configure. Just head into your launcher settings and as long as you’re using one of the main more popular launches gestures will be an option there.